I won this game, but I think it was more of a “messed up the opening and recovered in the middle” game than a “played soundly and was justly rewarded” sort of a game. Still, there were no huge blunders (I think?) from either of us, so this makes for one of the more sound games of Go I’ve played recently. As far as I can tell, this came down to how well I was able to reduce my opponent’s territory. He had a big moyo on top, and I was able to limit that somewhat, while stopping him from really developing anything else.

I’ve added a review, but I’m honestly pretty confused by most of the middle of the game. I was mostly trying to push deep into my opponent’s moyo, rather than building my central territory. While it worked, I’m not really sure if it should have, or how I could have avoided a situation where I felt like I had to crawl into a big moyo like that. How could I have improved, here? 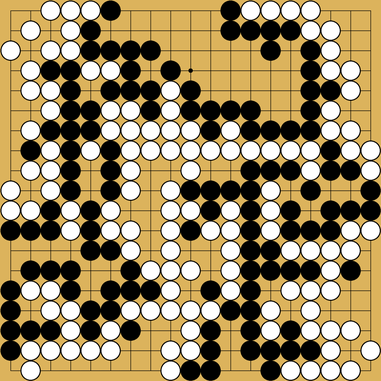 Your games are starting to look more dan-ish.

I did not find any real blunders in the game. The only thing I do take issue with is your characterization of it as “a ‘messed up the opening and recovered in the middle’ game.” To me, you were leading out of the opening and never let up. Consider the game an opportunity to hone your evaluative abilities and not so much for move recommendations. 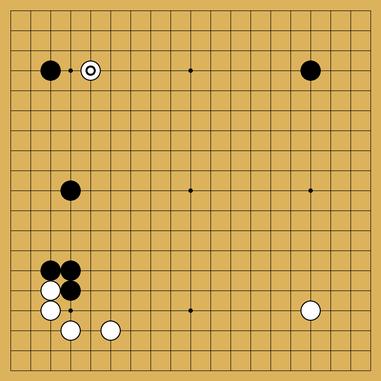