Review request (DDKs, one a TPK if we're being technical) 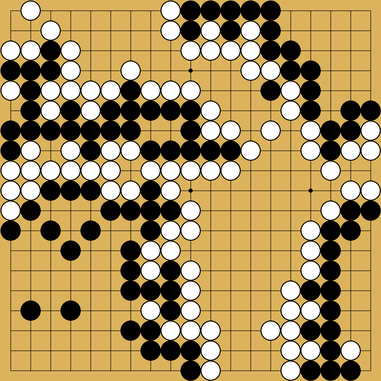 I know and understand that won games are not usually reviewed, but I think there are some persistent flaws in my game that are always present, regardless of result.
I can’t spot them when I play, but judging by the AI going full weathervane and how things don’t go as planned, I should probably fix them…

Any comments are welcome.

You should more often place stones more close to stones of your opponent and less often close to your territory. Some of your moves are too slow. Against SDK you inevitably will get not enough territory by playing like this.

You should more often place stones more close to stones of your opponent and less often close to your territory.

I’m afraid that when I do this I end up a puppy. How could I judge better when it’s appropriate?

How could I judge better when it’s appropriate?

As far as “safety” is concerned you can ask these questions to determine it:
Do I have enough space for two eyes or two means of connecting to the center or another group? If yes, then I am safe and I can play elsewhere.

Later, you can worry about whether even if you are safe a move of your opponent’s might be too painful/important to be allowed on the board, so you have to do something about it first. But that is the next step.

Disclaimer, before someone pops up, the above apply to DDK/SDK.
Higher level players habitually leave fights unfinished for other purposes, but that is not the point initially because that is even more steps further, tactics-wise.

First remark: at move 28, the only move is this.

The reason is that you don’t want to allow your opponent to hane at the head of your two stones, so this is an important shape move.

Second thing is that the order of priority is in general

At move 50, this move is good because there are no weak groups on the board, so you can take a big point. This move aims at getting territory in the triangled area. 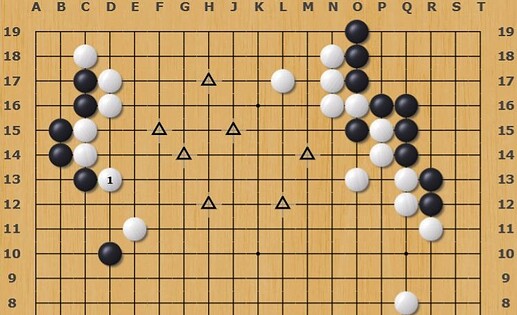 At move 64, two weak groups are battling against each other. White could peep at A. If Black connects, White plays B and Black is left without eyes. By attacking, White will be able to make territory on the upper side and to escape with the weak triangled group. 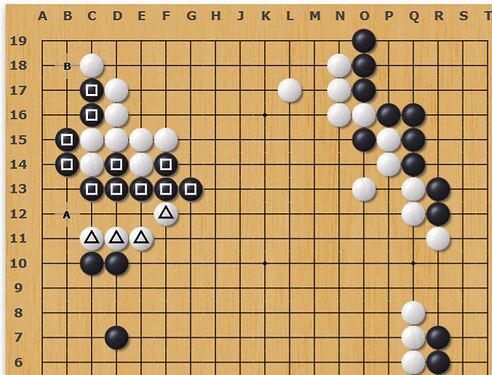 Congrats on the win, I especially like your K9 and K8. Maybe you could think about how black should’ve attacked your group on the left.

Since it is Sunday and I finally have some free time, I left a small review for the first 80 moves of the game.
I hope it will be useful

Afterwards things turn a bit weird to review since most of them are slow endgame-like moves that each should demand a closer look, which might turn confusing.