Using Chrome for the first time to go to OGS. Did not login. Clicked on the support OGS link and got Server Error (500). 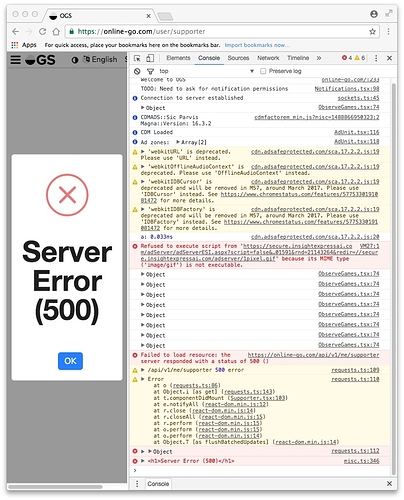 Just tried that in an incognito window, also got “Server error (500)”.

While it’s not much use to go to that page when not logged in, it would be a good idea to have a page that tells one that it only makes sense to support OGS when logged in so that the supporter status would be noted.

Thanks for the report, summoning @anoek.