I don’t know whether you‘re aware of it, but Anders Kierulf’s wonderful application “SmartGo Books”, meanwhile renamed to “Go Books” , formerly only available for iOS , now is also available for OS X (beginning with 10.9 Mavericks). 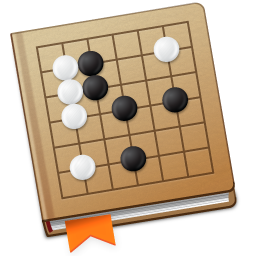 Any purchases made on one platform are immediately available on the other, given that you have registered both with the same email address.

I guess I should’ve added that the page also says that an Android version is in development.

oh really?! Finally! I have been waiting for an Android version.

Anders Kierulf is becoming one of my heroes

Any date given for when it will be released on Android?

All I know is what can be read on the linked Web page:

Android version has been in development for 5 years…
Maybe this is new though.

I would have thought porting it to Android and the Java based Dalvik kernel would be easier than iOS. But perhaps there are other business reasons.