Story Behind Your Username and/or Profile Pic?

Yeah, the color of the beak and head is very similar. It’s probably easier to see in person than on a photo.

Yeah, the color of the beak and head is very similar

I genuinely can’t find the fox in the head. Can someone please help me figure this out.

It reminded me Fantastic Mr. Fox. Anyway I didn’t mean to criticize your drawing, I’m really on my cell phone and I see your image in a space smaller than my pinky’s fingernail.

No no, yebellz, a “reference to go” is a reference you can take with you, no matter where you go. Like a “coffee to go”.

I didn’t mean to criticize your drawing

It is completely fine. It isn’t like I haven’t already told myself countless times how much I don’t like my cheetah drawing. Also now I can see it more. Thanks

So I recently changed my profile picture on the main site, from what it is right now on the forums, to this: 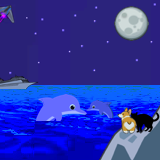 What… How…?
I thought preview is just for viewing images

Perhaps we could make a new topic called Story Behind Your Profile Picture?

I always admired Kosh less for who he is, and more for what he MEANS.

B5 is the best

I think this thread is fine for discussing profile pictures. The topics are close enough that I don’t believe it warrants a split. I’ll just update the title; no sense in creating more clutter.

I grew up listening to a lot of David Bowie, and I’ve always been irrationally frustrated when someone pronounced it Bow-ie (as in, rhyming with Cow).

So you can imagine my delight when I realised that not only could I combine his name with my newfound interest, but I could also incidentally teach people the correct pronunciation!

My parents chose that name time before i was born

Wait until you hear the story behind his profile picture

i hope they do not reject the photo

I’ll pray for you.

Atorrante is a word that comes from the Argentine Spanish that is strewn with words and colorful phrases from lunfardo, a rich vocabulary born on the streets of Buenos Aires in the second half of the 19th century. Now considered a fixture of the Spanish language in Argentina (especially in and around Buenos Aires) and Uruguay, linguists cite the use of lunfardo as a defining characteristic of the Rioplatense dialect.

The origin of the word “atorrante” is uncertain; however, there are two widely held explanations as to its etymological roots:
(1) It’s said that in the early 20th century, vagabonds and indigents slept inside huge cement pipes being installed for an important public works project in the City of Buenos Aires. Allegedly, the French-made pipes were emblazoned with the name of the manufacturer A. Torrent, and the men spending the night in these pipes gained the moniker “atorrantes” as a result.
(2) At the turn of the 20th century, unemployed men who came looking for work at general stores were offered the job of roasting coffee beans (to roast/toast = torrar). The raggedy-looking folks given this task later came to be known as atorrantes.