The win / loss tally table is one of the most interesting parts of other people’s profiles, at least for me. 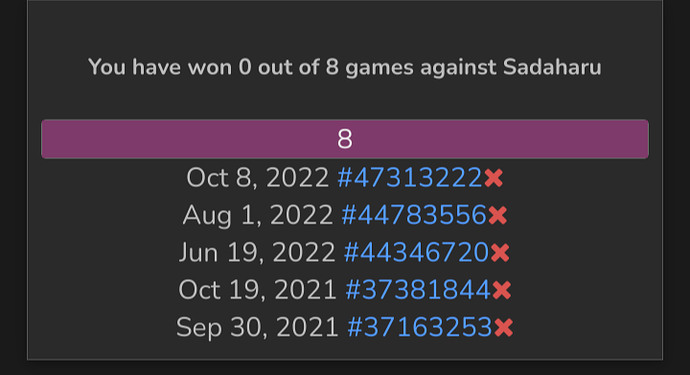 At present it is located close to the bottom of the page, under the lists of ongoing games and game history. In some cases these lists can be very long (some players may have over a thousand active games) and the information can take a long time to load. This makes it inconvenient to find.

Thanks for your attention.