This is more @GreenAsJade’s and @flovo’s area of expertise but I’ll see if I can expand on the idea without making a fool of myself. 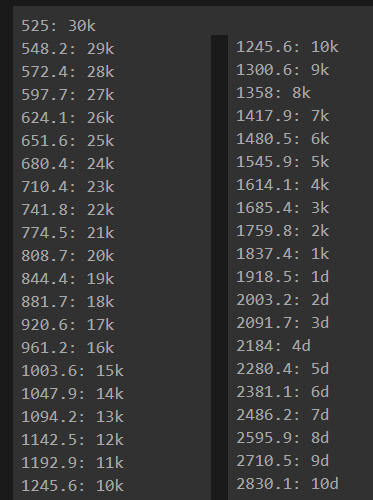 All new accounts would begin with a ranking of 1500 ± 350 but what would vary is their ability to accept and create ranked games.

Those identifying as Average would simply be 1500 = 6k and able to play ranked against 15k - 4d and accept anything that a 6k can accept.

Hmmm… The last seems a bit unnecessary so maybe it would be good enough to give two options and apply humble rank only to those that identify as New/Inexperienced.

I couldn’t disagree more strongly with this, one of the major gripes I see online about OGS is that Dan players can’t easily get a match here… if they could come online as a fresh account identifying as strong and immediately play against any SDK or Dan ranked player, I believe that would be a HUGE boon for us in the eyes of the Western Dan online community.

As was said before, if we’re making a new variable we can just let people choose rank and let that be humble rank. I think math can be worked out.

Simple reminder that i fully join this idea which was debated not very long ago.

Especially for beginner who are hoping some fair and fun games instead of being crushed by far too strong players,not so nice welcome to them.

maybe it would be good enough to give two options

Yes, and different starting rank not even needed. Those who selected “beginner” when creating account, just should not be able to play ranked vs SDK/DAN in custom until get rank. And in automatch as weak as available opponent should be selected instead of equal. And before that there should be window with easy explanation of rules and rank system.

Those who selected “beginner” when creating account, just should not be able to play ranked vs SDK/DAN in custom until get rank. And in automatch as weak as available opponent should be selected instead of equal.

But the problem with this is that’s it’s not clear that ? accounts can play opponents less than 15k and, if so, with this solution they would be limited to 15-10k matches.

I think only applying humble rank to those selecting “beginner” is a good solution.

they would be limited to 15-10k matches

I heard in Tournaments ranked games of people with more than 9 ranks difference are possible.

But, anyway, OGS should implement “beginner” mode choice as fast as possible.
Better plan of what to limit there, OGS always can invent later.