Tickling the two dan: a game against Najaye

Yesterday I streamed for a long time playing sanrensei variants.

Najaye, 2d, was in the chat and wanted to play a game, and it turned out quite interesting. 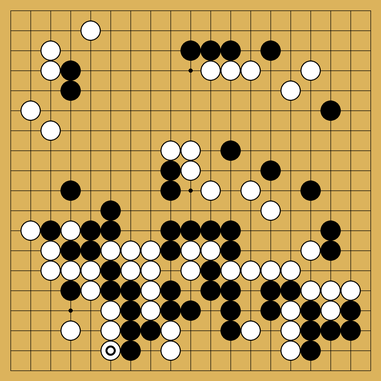 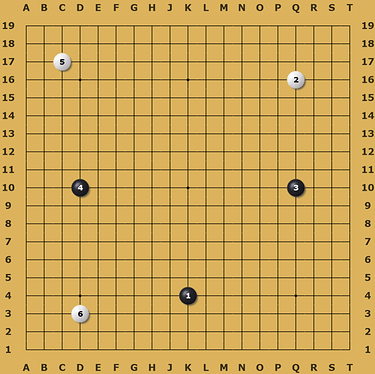 I called this opening the martini; the bot says it loses three or four points, which is no more than any common or garden midgame mistake. White took the corners like an upright member of society. 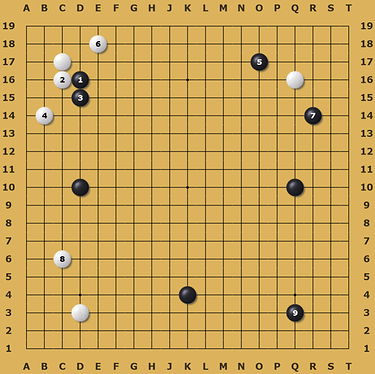 Ignoring my approach, White played thick moves elsewhere and allowed me to continue in the upper right. (7) is harmonious with Q10, so this didn’t bother me. Najaye had said beforehand that he would allow me a corner :D 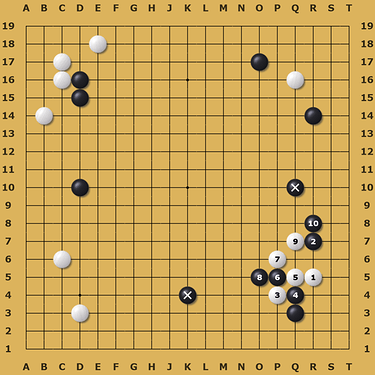 I was happy to push and cut as I had the close X-marked stones. White was arguably a bit reckless to press; the bot approves of my way of play and considers the game quite even. 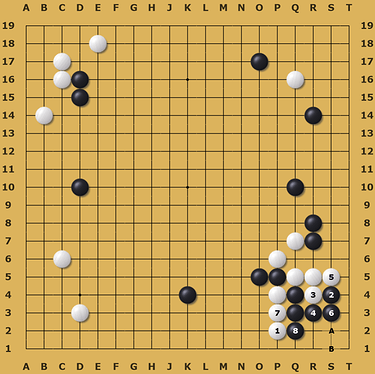 Discussion in the corner. I was worried about White A, which led to play a bit cagily with the thought that there might be a semeai, but actually I seem to be fine if I respond with B. 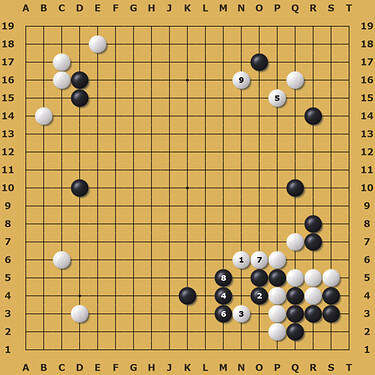 Satisfied that he had made enough shape, White returned to the upper right. However, White press is not urgent and Black can take the initiative against the still unsettled central group. The game is still pretty equal, but Black has the momentum. 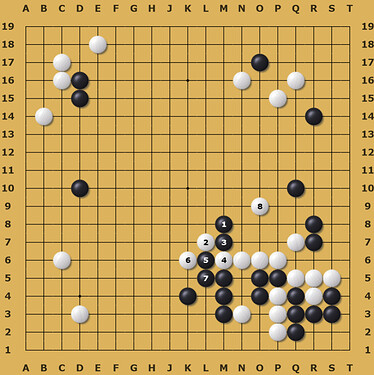 (1) attacks from my relatively thick lower-side position, herding White towards my thinner one on the right; I should chase with the opposite direction. The cut (3–5) was a small-minded play, not seeing the bigger picture; it should have been a simple enfencement at (8). 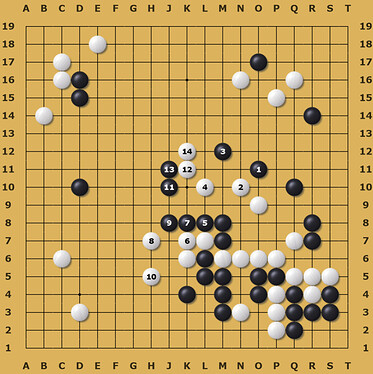 I continued to press the attack, but Black’s profit is unclear.

I took my chance to get some cash, but I think I should have forced again first around (6), since that turn cramps my group a little. However, White’s (8) feels slow. The bot wants to play in the lower left, which I certainly agree with; still, the kosumi does carry some long-term threat against my centre-left stones. 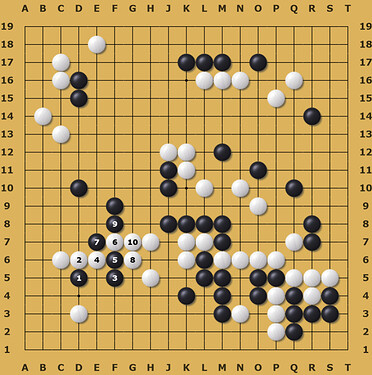 I entered the key quadrant of the board. (9) was a big blunder (–12) and should have been the wedge at (10), which would’ve set me up for a more favourable fight. After White countercut, I had a somewhat tricky position on my hands.

White (6) was too slow (–7 or 8), only obliquely relevant to the main fight further east. I was happy to have sente to begin the combat there. 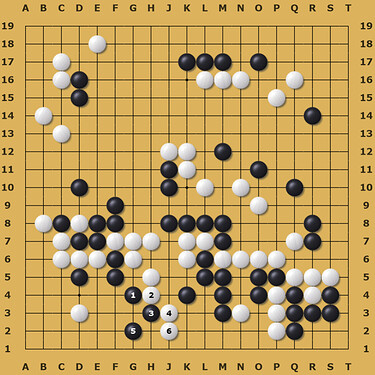 Beginning a semeai. The bot thinks my shape moves here were basically competent, although it’d rather have (3) as a sagari. 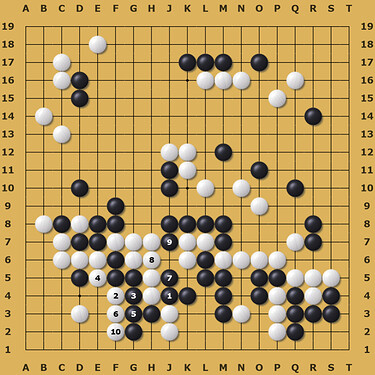 I thought I could plough on directly with a cut – but this was a fatal error! The game crashes to a close as Black realises, too late, that (1) had to have been a liberty-gathering move at (4).

Ignoring my approach, White played thick moves elsewhere and allowed me to continue in the upper right. (7) is harmonious with Q10, so this didn’t bother me. Najaye had said beforehand that he would allow me a corner

I’m surprised you went for the last corner over P15 though. Not starting off taking any corners and all

Yesterday I streamed for a long time playing sanrensei variants.

Where do you stream?

Twitch, on the channel bugkitten.