Tournament Cancelled for Lack of Participants?

So this is very confusing. The Weekly Correspondence McMahon tournament was (12-29-2018 17:00) was set to begin right about now and I just got a cancellation notice. When I joined there must have been 30 players signed up. What happened??

Short answer: Minimum participation for these is 60.

Long answer: Simultaneous McMahon involves multiple opponents and multiple rounds. It is necessary to have a relatively large number of participants, to minimise the instance of rematches and to improve the closeness of matching.

Yes, that’s what appears on an active tournament. But when one is started up, you see limits of 4-100 (at least that is what I saw when I signed up). Also when you click on the link you gave (or others), take note. The screen shots attached show the initial screen (which gives a 4-100 limit but not title) and then seconds later, the limits change to 60-1000. Something is screwy. I’d swear that when I signed up, the limits were 4-100, which is the only reason why I asked the question in the first place. I’d suggest looking at the next McMahon tournament when sign ups are live to confirm.

As for the weirdness I see when clicking on links, at first before the title is given: 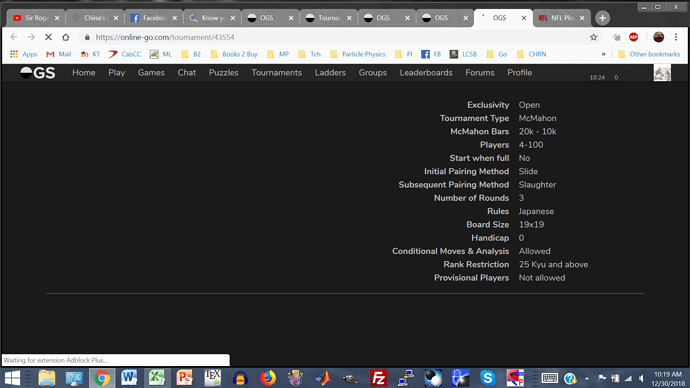 and then when the title loads, the limits switch: 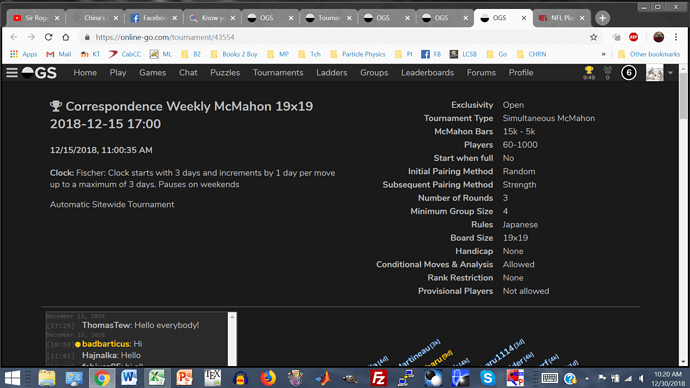 and then when the title loads, the limits switch

This happens to me as well. For some reason there are default values which are shown until the correct values are loaded. It’s not only the Players but everything else has default values as well.

Maybe there was a problem when you signed up and the correct values weren’t loaded.