If you are not clear, I will upload some screenshots.

One issue (not sure if you call it a BUG) with AS IS is wrong color possibly due to superposition of two moves. See the screenshot, the move 15 should be white instead of black. 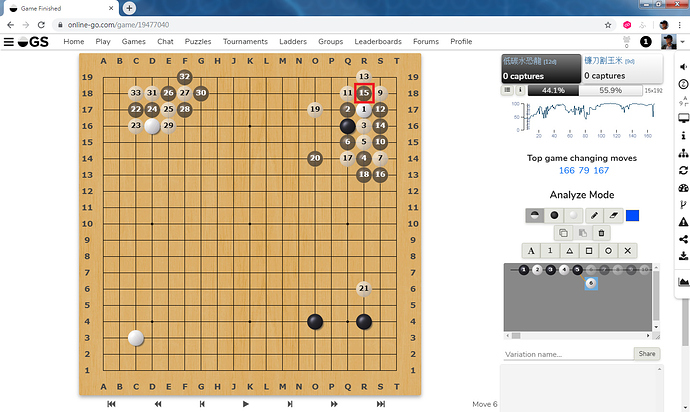 In the meantime, the AI (Fine Art) review at Fox Weiqi is a good reference.