Up and down - consistency seems to be my current problem

I managed to win this game against noob_bot ( 8k ) in spite of making various bad mistakes. I think my problem is I often move quickly without checking the move is actually ok.

At one point I was up about 35 points, then it came back to even, then eventually I won by black resigning. I think my main issue is consistency, it only takes a few terrible moves to give a lot back. 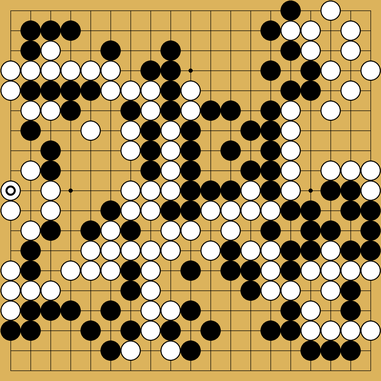 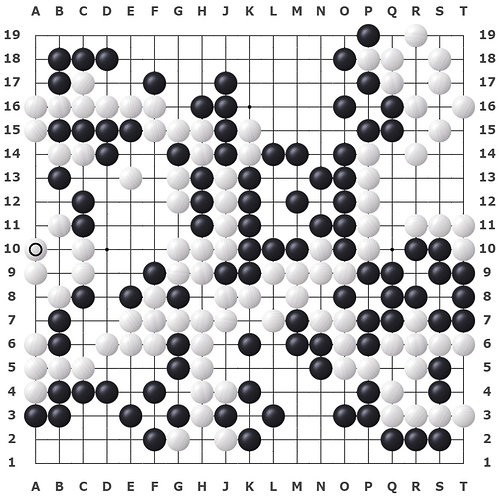 How about playing some ranked games against humans? - we don’t bite!

Your instincts about this game seem largely correct: you were up by a lot of points and then lost a bunch of points when you messed up on the right and let an invasion live that had no business doing so. Slowing down and reading will definitely help: both there and in the center the sequences aren’t terribly difficult to read out, but if you’re just slamming moves down you’ll mess them up.

I’d also echo the recommendation to play humans: bots tend to make weird moves and you can pick up some bad habits that way.

How about playing some ranked games against humans?

I know I am going to make horrible mistakes, so I don’t like to waste someone’s time playing a game when I know I am almost certainly going to mess up badly. Much of it is laziness, rather than properly calculating a move works, I hope it works, even if I am right 3 times out of 4, the one mistake out-weighs the 3 correct moves.

If you play against people of your own strength, they’re just as apt to mess up badly as well, don’t worry! That’s why OGS puts so much effort into a rating system: to help players of equivalent skill match with each other.

waste someone’s time playing a game when I know I am almost certainly going to mess up badly.

I think a lot of people would be delighted to play you on this basis!
I worried for a long time about playing real people online but once I tried it none of my fears came true. Plus, at least with some opponents, you can discuss the key moments of the game afterwards.
One you have a more stable rating you’ll get well matched opponents too.

We’re mostly kyus here, so almost all of us are going to spend our time messing up badly

As an aside, learning a bit more about shape and doing more tsumego will help with the quick assessment of what the “proper” points are, without going through the full calculation. I noticed a few points in your fight on the side where you playing to far back or attaching recklessly, when the good shape point (often a shoulder hit) was one space away. Little fights like that one shouldn’t require extensive reading: playing the shape points to deny your opponent eye space is more than sufficient.

Thanks for the hints ckeresch. I think I have forgotten more about the game than I know right now. It is starting to come back a little bit with more play. When I re-started ( after a 35 year interval ) a few days ago, I had forgotten even what the japanese words mean, let alone any knowledge of how to play.

I just played a few ELO grading games. I think the rating is wildly over-optimistic… it says “0.3 kyu”, I would say I am more like 10 kyu right now. 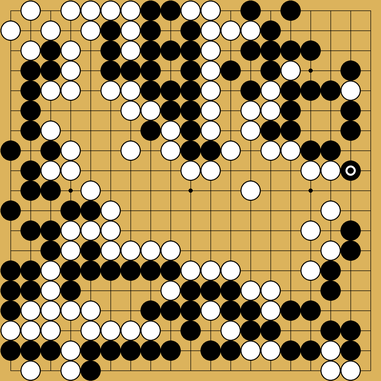 I was quite pleased I killed white’s group in the bottom left corner! Actually after the game I had to check again it really was dead! Or is it? I now think it’s alive…! Oh well. 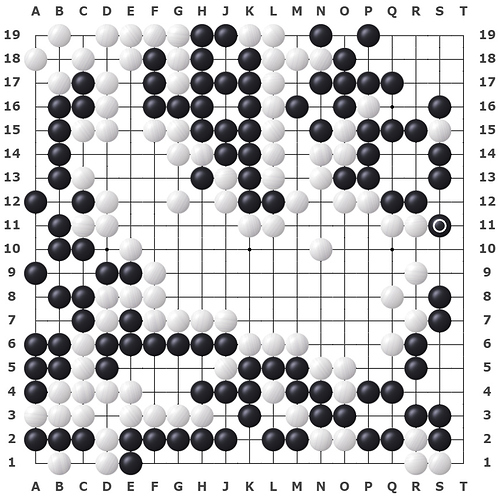 Well, most of us don’t bite, but we all want to kill you(r groups).

Yeah I think white can just capture the three stones to make two eyes. D3 probably ends up as an eye unless they let you fill in all the outside liberties.

Yes, unless he leaves it too late, when the neutral points are filled, he does need to capture the 3 stones. Given that, the game looks fairly close to me, so not sure why white resigned, but I am hopeless at estimating scores. Well, it says Black is 20 points ahead.