What did I do wrong in down right corner? 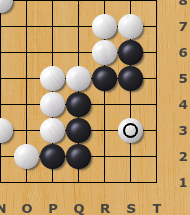 This is the situation. You connected here: 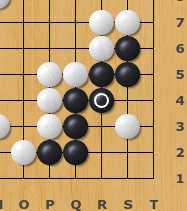 This allows White to play at R2, which means from there you have very little hope.
The strongest resistance for Black is S2. White’s only move is T2. By the correct variation, you are dead. 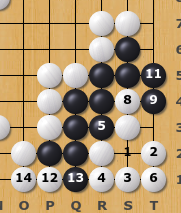 Playing here instead would allow you to live: 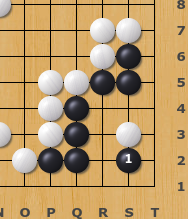 White cannot cut, as you would do this: 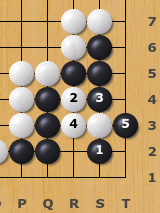 White cannot do anything else, as White is dead: 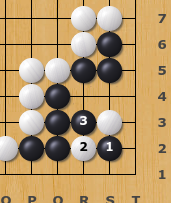 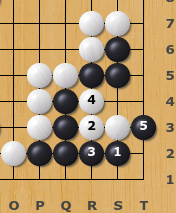 Connecting after the peep doesn’t seem to be the problem per se. P1 seems to have lost 30 points.

Starlines R2 probably is the best.

Just to see what what Katago thought 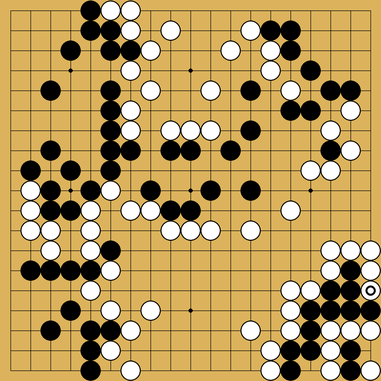 One thing to remember regarding the 2-2 point: In corner fights it often makes miai of the two 2-1 points nearby.

If you own 2-2 and 2-1, your opponent needs an extra approach move to surround these stones. So you get an extra liberty for free.

That makes the 2-2 point so valuable. It should be high on the list for moves to consider in such close fights.

Strange things happen at the one-two point at Sensei's Library

As a general rule, in this shape, you very often want to play A or B (depending on the position) instead of the triangle, because they are the moves that are the most on the outside and therefore efficiently affect the rest of the board. If A or B doesn’t work, then C or D is often correct, to protect while taking a liberty from white’s stone, to damage white’s stone. They are worse because they are more inside and have less effect on the rest of the board, but are necessary sometimes. Simply connecting at triangle is the “most inside” of all the moves has very little other effect, so it is usually the worst move. Sometimes it is the only move that works because it will maximize black’s liberties. But usually it is submissive and leaves white free to do anything they want next. 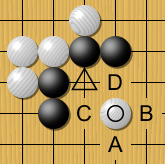 What is the idea behind A or B? Well, it also protects the cut, but is more efficient. If white tries to cut, it still dies. Move 4 might be different depending on the situation (as you can see from Starline’s post, you actually need a different move than move 4 next in your situation) but that’s the general idea. 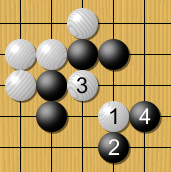 What if white fights on the outside such as hane? Well, the correct reply will depend on the situation, but for example, often black can calmly draw back, and still doesn’t need to protect quite yet: 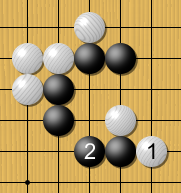 You can see if white cuts, black still kills it: 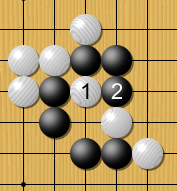 Of course, it doesn’t always work - nearby stones can matter and there will be a continual burden on you every turn - you will have to always be watchful if something later changes and suddenly the cut works again. Growing capable of holding this burden is part of improving at Go.

The general principle which applies to all situations, not just this one is: when defending, defend in the most efficient way. A or B, if they work, are much more efficient defenses. As you grow stronger, you increasingly can’t be lazy and only pick the simple move - you have to always look if there is an even better move, even if that better move requires more tactics and more reading.