What do you do in clubs?

I’ve been to clubs a few times. They seem so boring. Pretty much all the activities I can do here, on OGS. I can chat with people on OGS, with added benefit of players being from all over the world. I can play games I like. In clubs I generally ended up playing with someone who isn’t my strength or my speed. On OGS you can play anything. And it’s not constrained by club working hours. I don’t have to waste time and money on commuting. I can watch lectures (of my level!), get teaching, solve tsumego without being forced by whatever everyone else is doing.

I think I gotta start going to a club to get used to real board to perform well in tournaments. But it sounds so boring. They don’t even have cats because it’s a rented space, usually.

It’s been years since I’ve gone out to clubs, not since I was a younger, single man.

It’s more fun when you have people your rank and stronger at your club and you play somewhere where you can enjoy a nice ale or scotch while playing.
don’t get me wrong, I drink and play online too… I just feel like less of an alcoholic when I do it socially

I’ve been to clubs a few times. They seem so boring.

Correct. Usually a handful of middle aged men, hardly a woman in sight. Somewhere in a rented space of a community centre.

But you meet people, and talk about go and other things.

It’s more fun when you have people your rank and stronger at your club and you play somewhere where you can enjoy a nice ale or scotch while playing.

Online friends are real friends, but go servers don’t replace in-person meetups. Sharing food, drinks, smokes, petting cats, etc. I like the feel and sound of the stones on the goban. Yeah, it’s more effort to travel, but it’s the way humans have been getting together for a long time, and it’s good, even with some risks and extra expenses.

For teaching, nothing more efficient, quick, awesome… as a face to face.

We had our go meetings at pub before they had to move online.

They seem so boring.

Usually a handful of middle aged men, hardly a woman in sight.

There’s an expression I think that says “be the change you want to see” (it doesn’t matter if anyone famous said it, it just kind of makes sense in certain scenarios).

So if you’re younger than middle age, say early to late 20’s and you show up regularly now it’s no longer a group of middle aged men, and other people that might’ve found it off putting see a person their age to talk to and play go with.

Anyway at the club we usually have a beer and chat and play some games. It’s fairly causal, as opposed to people telling you you have to solve Tsumego etc. I think maybe if it was a bigger club some structure could be useful (tsumego, mini lectures), but not for 5-10 people at max.

I did get to meet and have a beer with Pavol Lisy and Benjamin Drean-Guenaizia after they were here for a tournament last year, because we went to the pub and the boards are stored there from the club meetings. That was pretty great

The actual offputting thing for me was it was on a weekday evening and I’d have to commute to it after commuting somewhere different for college. Anyway it was still fun to meet people, and I still chat to them online, and look forward to talking with them at tournaments and things. I did find some people my own rank too. I think as well the more people that show up regularly the more chance of a new person finding someone their own rank too

I don’t think it has to be either the club meetings or online play, one could do both if one enjoys both.

Usually a handful of middle aged men, hardly a woman in sight.

There’s an expression I think that says “be the change you want to see” (it doesn’t matter if anyone famous said it, it just kind of makes sense in certain scenarios).

Be the change will be a problem because I am with 60 years of age (but still an infantile mind) definitely middle aged and I don’t fancy a sex change operation.
But I love the expression “Be the change you want to see”. 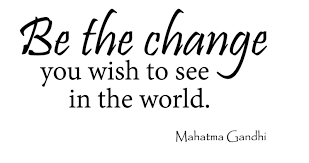 Fair enough - I was trying to avoid links to more than likely fake quotes. It still sounds motivational though, I don’t think it needs to be attributed to anyone to just make sense to people 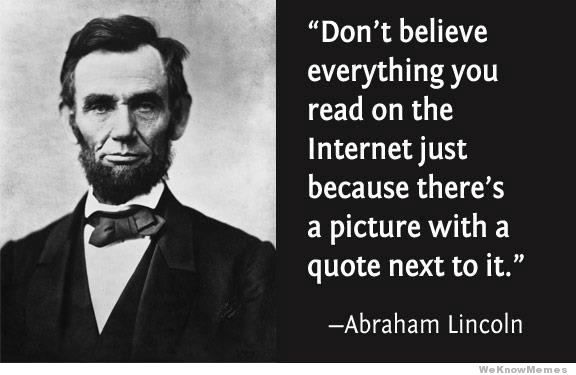 I don’t believe this.