What is going on with site performance?

I mostly play blitz. Since the site got updated recently, a large percentage of my games end in one of the players experiencing an unresponsive UI, error messages when making a move and timing out because of it. It seems it’s better in the morning hours (I presume less people are using the site).

So are these server performance issues? I assume I’m not the only one because my opponents sometimes loudly complain about it. What do you need to fix this? Is it a money problem? The site was working fine a while ago, so I thought I’ll just ask…

Until this gets ironed out, I’m going back to primarily playing on KGS. This is awful. 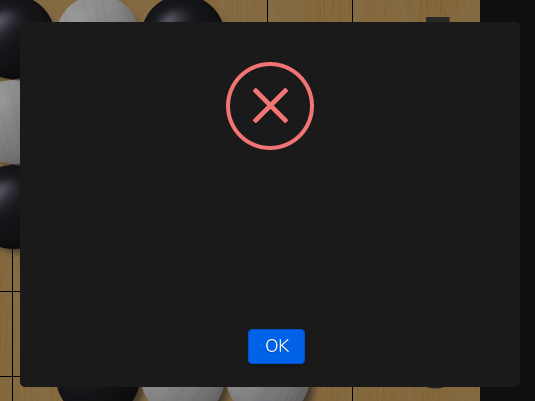 I had a number of problems roughly in the time frame of the first two posts. I created two reports: 1st Existing opponent not found and 2nd 520 error

Seems the OGS guys aren’t aware of the problem yet, maybe it is unique to the 3 of us.

Sadly not. I`m also getting the red X and often as not, just a plain old black screen.

As has just happened yet again!

Gotten all except the black screen. Blank white screen (the other user probably set his background to black?) only .

Interesting coincidence that the first and second groups of reports appear to be separated by 12 hours.

I only heard of this problem today. As I mostly play correspondence

I was discussing with a friend that play everywhere tygem. Fox OGS. Kgs

Why isn’t OGS more popular. And he told me about this click lag that can cause losing seconds during live and blitz games.

This is happening to me at the moment on my home page, ladder etc.

Yeah, I have already messaged anoek, hopefully he can get us back up soon.

Sorry about the issue.

It’s no problem. It’s not really impacting me, because I’m just making some correspondence moves, I was just wondering if anyone else was seeing it - and this was the thread I found, instead of making a new thread.

I can’t see any games, can’t create or whatever is avalaible on OGS so I guess it’s a general problem

We should make a big general thread called “OGS is borking again”.

I am actively working on it FYI

When I go to my home page, often times it says “An error Occurred” and I can’t find any of my games but after reloading the page for like 10 times it finally comes back

It should be better now

nothing went better the last days Mr. OGS Developer… the side always interrups, loading an d time during the games is running out!!! When do you fix your server-problem, because its 100% on your side!
Grets

Why so hostile? You realise that this (free to use) site is run by a single developer, who is actually working on this problem?