What is the tesuji for a cross-cut?

Thes is such a common shape, there must be a tesuji for it, possible several. However, I don’t know hat it is called, so am turning to the forums. 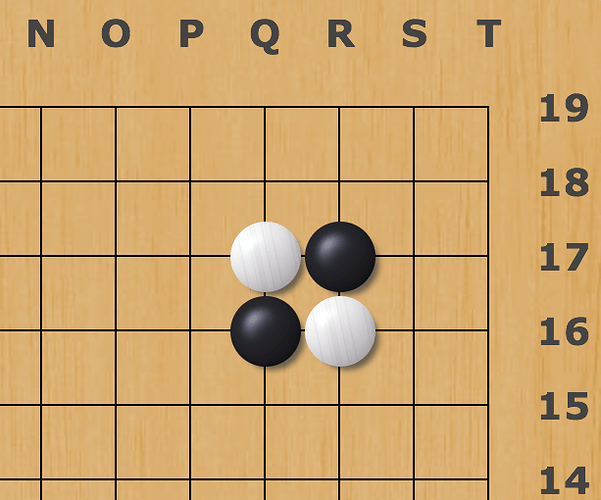 Help please! I see this so often!

Its called cross-cut and here are some possible continuations:
http://senseis.xmp.net/?HaengmaTutorialForBeginners%2FCrossCutPosition

Playing this cross-cut more in the centre of the board and every stone extendes one time, you’ll get the ‘Windmill Joseki’.

The “Windmill” is also known as “Pinwheel” — http://senseis.xmp.net/?Pinwheel
I can’t find any Joseki for this shape, though, although there it says:

This can be seen in joseki from games starting with tengen.