What people think about the OGS players? (youtube and Dwyrin)

I try to follow the “Back to basics” series by Dwyrin on Youtube.
Last episode has been played on OGS.
Here is the link:

And here are user’s comments: 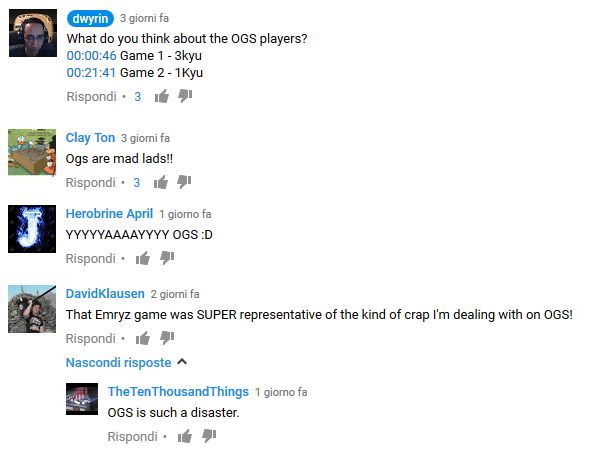 So, what do you think?

It’s probably worth noting that he makes these sorts of observations about every server and the players in them. One week it’s crazy tygem, the next strange OGS.

He plays OGS less in large part I think because his audience is English and OGS has a predominance of English players in it, raising the chance of him being recognised while playing and his stream sniped. Hence the usual preference for Foxy and WBaduk.

SHOCKING: The WEIRD TRUTH about Narratives chosen by People who make Money off attracting other People to a Place that makes money off People visiting said Place.

THE MOST AMAZING way to use clickbaiters to do clickbaiting!

They are all always trying to exploit our weaknesses.