Where would you play in this corner formation? 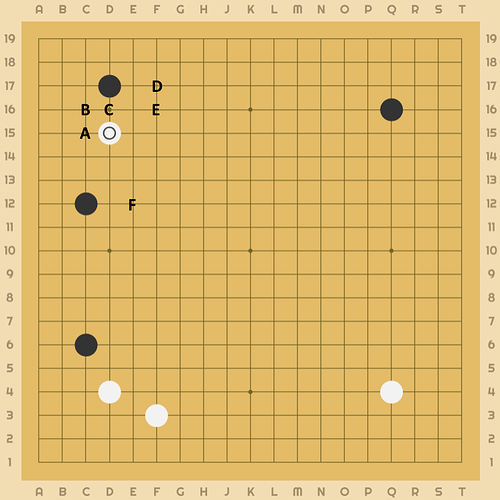 This is a game I was reviewing for a player who I think is about 8k, and seems to play this opening a lot as Black. White’s early invasion doesn’t appear to have ever been played professionally.

So, where should Black respond?

A is the game. I criticised that move because it makes C12 look a little slack.

B is a move suggested by another reviewer. I found it interesting but I wondered what would happen if White dodged to E17, and whether C12 might again become overconcentrated.

C, D, and E were the suggestions I proposed. C, the Kitani thrust, seemed especially intriguing.

F is a calm idea that I had just now.

Of course, Black could also consider playing away.

I have a feeling that E is objectively the best move, but whether one wants to play there is a different question. I expect that a bot would like to take that point.

C, D, and E were the suggestions I proposed

C is the only option not suggested by KataGo? Interesting.

The position feels like it has a high branching factor of fairly playable moves.

both increase chance and territory of black
tested C, it becomes worse

other moves have much lower priority of attention of net

(Without checking with a bot) - Personally I like E because one of white’s most common and standard followups in the local shape becomes awkward: 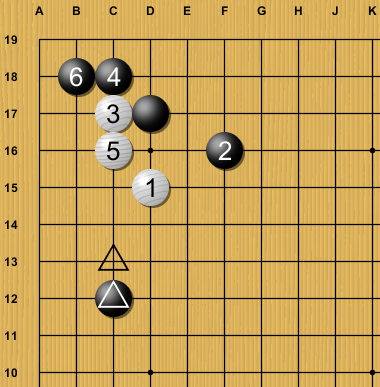 Now, white would like to be able to extend to the triangled point C12, or C13 sometimes if C12 isn’t possible, to get a base on the side. But black’s stone is already ideally placed to prevent that. So white feels very cramped.

the sequence B A D looking good for black but of course there is no full guaranty that white will answer like that. now if white skip then connecting underneath is big

On the contrary, to my eyes, if white skips, then black connecting underneath seems clearly small, low, and inefficient. We can see this via a tewari:

This would be the final shape: 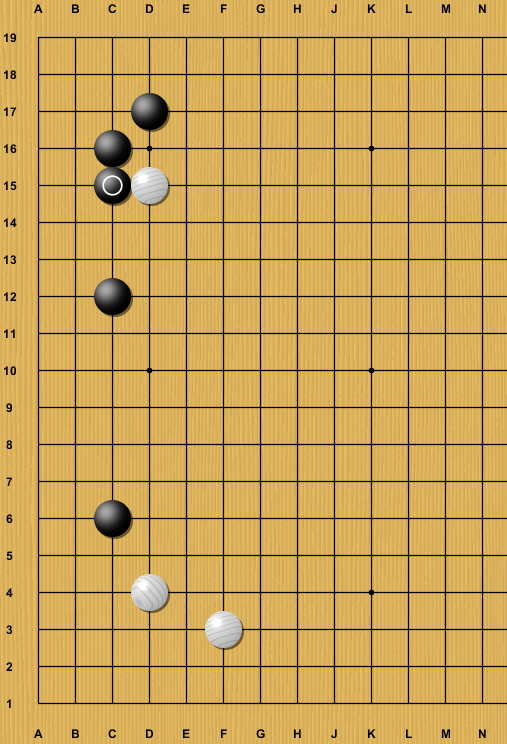 Our tewari can reach the same position in two steps. First, we start in the OP position except white played tenuki instead of the original stone at D15. Then black plays here: 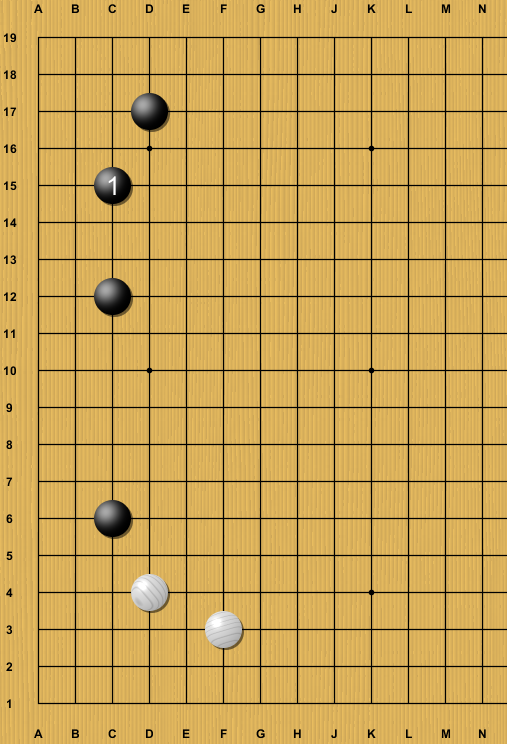 This is a little good for white. Black 1 is a bit too small and low for black at this phase of the opening with so much of the board still open.

And then white exchanges this move before taking sente again: 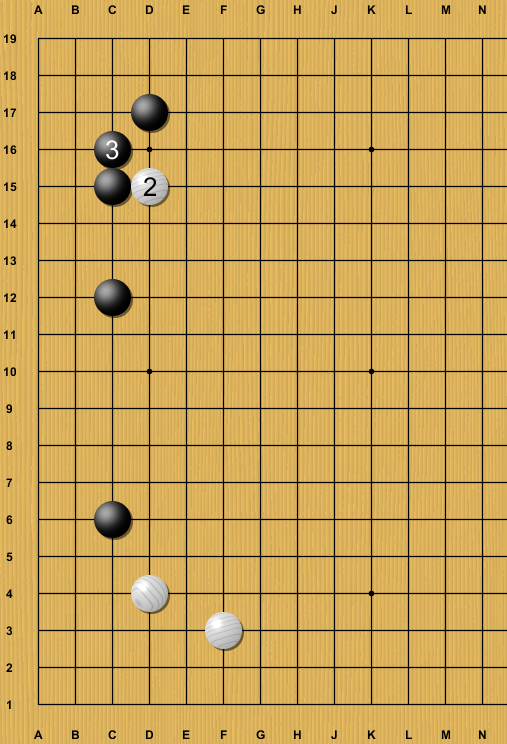 This exchange I feel is at worst neutral and is possibly slightly good for white. White does lose some aji doing this, since black being more solid means white can no longer attach at D18 or E17 in the future. But black’s response is so incredibly timid (at minimum black should D16 bump or D14 hane), and white’s stone is still on the outside to serve as a sacrificial influence-screening stone or help a later reduction, or be a ladder breaker, that on net I think white doesn’t mind losing the aji if black is going to respond in such a way.

Example of the kind of later reduction sequence I’d be thinking about if black tries to build a moyo in the upper left - white’s cheap exchange at D15 is helping to build good shape and support white’s reduction. 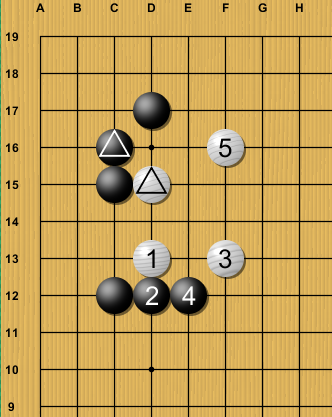 Putting it together, the final result should be good for white, therefore white is not afraid of black connecting under and getting this result - this also means that at least one of black’s move at B and the connect under is slow and bad. My feeling is that it’s a little of both - if black plays B, white is probably in no rush to block at A and make themself heavy.

I do agree locally it’s a bit slack. Globally I am not fully convinced. Black corner is strong and work good with the edge. If white reduce like in the last dia black get outside thickness
Indeed it depends how white will use its tenuki on the kick to reach some other balanced (or even favourable) position.
Locally black may consider other move as connecting like this too. Keima for ex would avoid less forcing moves by w? Or development of the side to pressure the w stone?