Why did I timeout on a game with no time control?

I admittedly did not play for a fairly long while, but I’m a bit surprised that I didn’t get any kind of warning before the site timed me out! When there was no time control on the game, there is no reason to expect that there is any need to play to keep the game going.

I get that the site doesn’t want to leave games hanging around forever, but there should be some kind of warning before timing out. 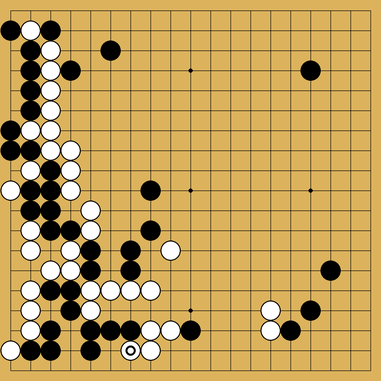 I get that the site doesn’t want to leave games hanging around forever, but there should be some kind of warning before timing out.

Sure. Do you remember when last move was played before timeout? It can be interesting info for users.

I don’t remember, but I suspect it was 30 days, based on a couple of prior threads. I just think it’s worth bringing to the attention of the site again. I don’t honestly expect much to change, but at some point, there really should be a notice or counter about it.

I myself am surprised that happens as it’s not unusual to have games lasting years on OGS with a different choice of time settings.

Do you remember when last move was played before timeout? It can be interesting info for users.

Timeout in this game was exactly 60 days after the last move.

This phenomenon has been known for years. My opponent timed out of a “no time limit” game more than 4 years ago (Practice). I have heard several other players complain about this since then, and I warn people about it any time I hear someone talk about using such a setting.

So isn’t the solution just to remove this option from the list of choices in custom games?
(I guess there will be arguments about having the “simple” options go to 60 days…)

Remove instead of make it working? Is it complicated to switch off the clocks forever?

Well I don’t think that’s necessary as you can just pause any game anyway.

I can see that there could be reasons for ogs not to want to allow games that literally don’t progress for ever. I do think that it’s a problem to offer this as an option when that’s not what the option does.

Nah I think fixing it is better. Just hasn’t been a big enough issue yet to get the right attention.

5 pauses max for 300 moves…
It’s nice to give the option to not care on time at all. It doesn’t mean either a slow game and many games in face to face are played without clocks.

Even easier, just get rid of all time controls except for Fischer, the best one.

I suppose what I meant about pauses is that it seems to me these games are undertaken by two people who agree to no time limit. So they can start the game, one can pause and they can both continue to play (or not!) without the clock running. It can be left in this state forever as far as I can tell. I don’t see the difference between this and a no time limit game.

But even so, it’s just the idea to not be constrained at all by a clock even if you play a game in 30mn or 2hrs, just players can be sometimes reasonable and have this option.
I played my last 100 games without clock, never has been a problem. (Not on OGS ofc)

Ok i understand now the pause as a workaround, i thought you cannot play when the game is on pause. Btw is the pause really unlimited? Never tested on 60 days…
Still need to find this procedure. Makes me think then that a fix should be really easy.

is the pause really unlimited?

I’m no expert but:

Is there a cut-off date for pauses if it affects someone else? There is no “cut off date” for a pause because the opponent can always resume. Note that you can still play turns in a game that is paused - this can be useful. But there is a “mis feature/bug” (IMO) which is that a game that is paused can go into scoring, where the “resume” button is no longer available. Then it is stuck until the players accept the score … or one of them reports it and a moderator calls the game. I don…

Why would anyone code a timeout to occur after 60 days in a no-time-limit game? Since that makes no sense, I have always assumed that the timeout under discussion is triggered by inactivity in the game and is unrelated to the time control. A byo-yomi setting of 1 day x 61 periods presumably would also trigger a timeout before the time runs out. If this assumption is true, then the work-around using the pause would not work. I’m not inclined to believe pronouncements on this in the absence of a test.

Want to test? (With the caveat that I really don’t want to play that long a game, and will just resign once the test is concluded)

I admire your pro-active attitude, but I think this is something for the mods to deal with.