Why do I lose that many points here 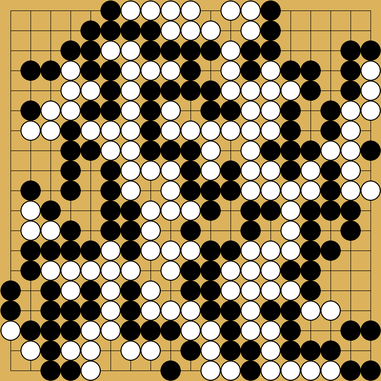 Hello i dont get the egnine, Why do i lose that mutch points with the moves 227 amd 231

The tribulation of a weak (but with AI) bot are beyond my understanding (I did try).

We are losing our time here maybe? 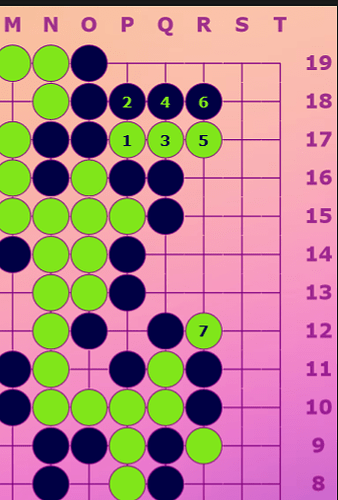 This sequence should be the reason.

(I didn’t find the sequence )

To quote “Prismo” from Adventure Time

With move 213 black weakened his own position in the upper right, allowing white’s large weak group to live. The AI spots the problem that black created for himself, so it signals that black (potentially) lost many points.

Both players miss this problem for a while, but the AI thinks it has become quite critical between move 225 and 231. At that point white can save his large weak group with the sequence that @_Sofiam shared.
It seems that a little later white also spotted something fishy and tried to exploit black’s defects in the upper right from move 236.

But with moves 246 and 248 white messed it up again, so white died completely on the right half of the board. The AI spots that and signals that black got a huge lead again.

M11 spent a move destroying an eye which does not exist. So even without spotting your weaknesses, this is a bad move which achieves nothing.

A few moves later White could have lived like this. 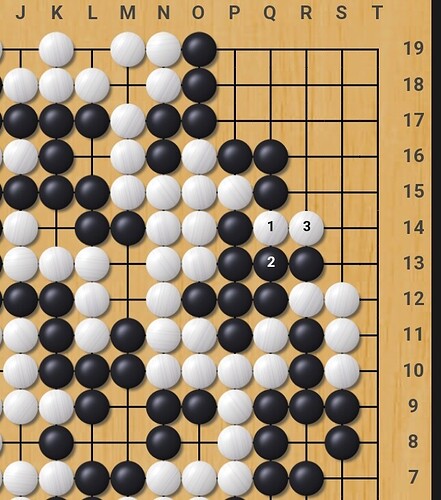 To answer the question in simple terms, it’s about the life and death of the large white group that I’ve hightlighted in blue 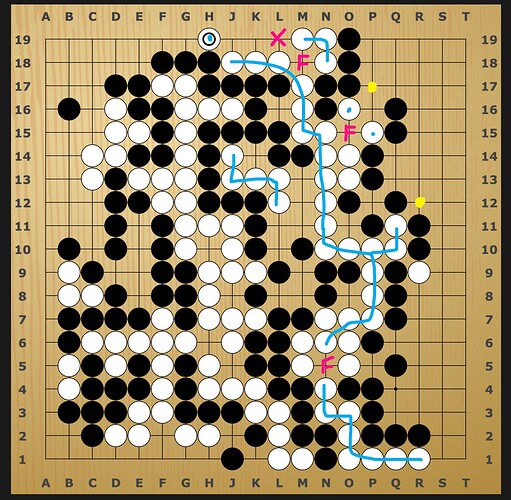 It currently only has one eye around L19 (X) and three false eyes, marked with the F’s at N5 and O15.

Move 227 at J19, the throw in, didn’t change the number of eyes white had, it didn’t falsify any eyes, and white could turn that area into two eyes anyway.

It did however give white the opportunity to play some moves like P17 and a cut at R12. There’s some aji there to capture some stones and live with the White group.

It’s still the same issue around move 231, the same cutting points at P17 and R12 are still there. @_Sofiam @gennan and @jlt discuss some of the ideas involved.

I tought the cut didnt funtcion that why i was confused

I tought the cut didnt funtcion

With move 213 black weakened his own position

Is suppose I should clarify my remark.

The reason why move move 213 at O19 made things worse for black is that black loses the option of this ladder in case white cuts at P17: 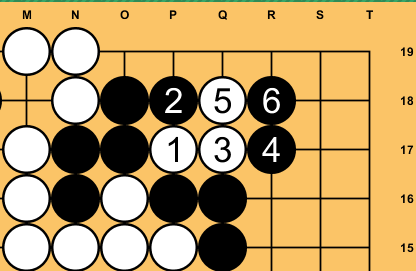 Black O19 effectively removed one of his own liberties, so no ladder anymore: 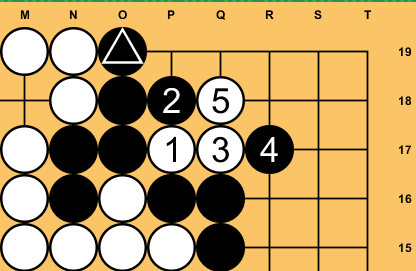 Because of that, white’s P17 cut is more severe and black needs to endure in a more risky way to save his O17 stones: 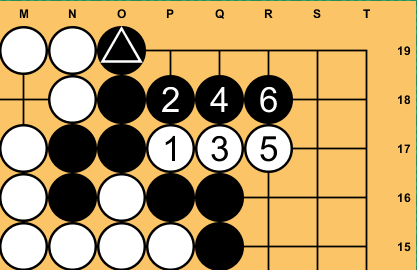 However, this creates cutting problems further down black’s right side, as @_Sofiam showed:

So black O19 helped white to save his large weak group, reducing black’s lead by a lot.
White wasn’t able to take advantage of the P17 cut in the actual game, but the AI review assumed white would.

All of this illustrates the importance of reading and shape: cutting points and liberties.