Why this move is so obvious?

This was the first game between Kitani 9 dan and Go Seigen after the WWII. It was Go Seigen’s first game against Kitani Minoru after 13 years of gap. It was played in Tokyo Chiyoda District Kioi Street’s Fukudake Inn on April 14-15, 1957.

I have a question about move #13 by black when Go Seigen comments: “B #13 of course.” and nothing else. Why this move is so obvious and better than other moves?

I have posted game here: 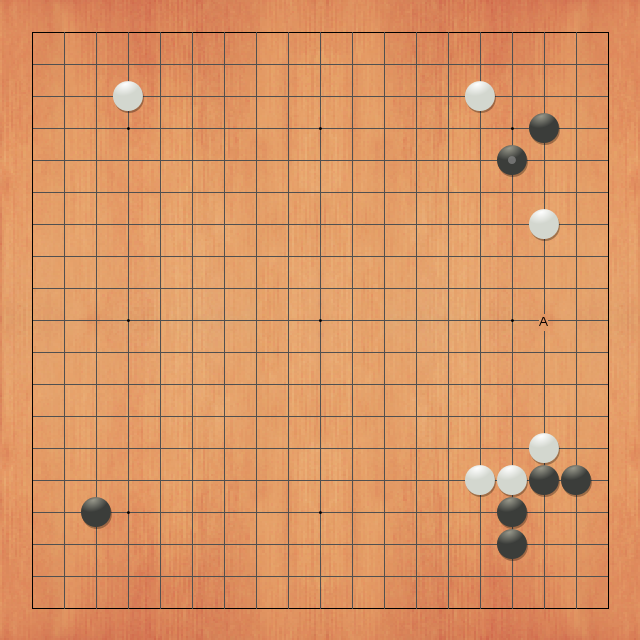 So my simple question is, why this move is better than any other move by Black?

Imagine a white stone there and you’ll begin to see the horror. As for why Black’s move is better than others, attaching at P16 is possible, but that prepares to attack only one way (downward), and in that sense it’s less flexible than the diagonal move, which has follow ups in both directions. This is why it’s considered a kind of reactionary move. If your opponent pincers that way, you can often play the diagonal move without thinking.

As for why Black’s move is better than others, attaching at P16 is possible, but that prepares to attack only one way (downward), and in that sense it’s less flexible than the diagonal move, which has follow ups in both directions.

so it is kind of reactionary move that prevents white from winning more territory rather than helping black in any obvious ways like controlling downward movement or securing corner. am i right?

Well, yes and no. Certainly it prevents white from winning a lot of influence, but it also moves into the center and prepares to attack in either direction. This doesn’t immediately grant territory to Black, but that doesn’t mean there’s no benefit to Black. The attack is worth something. It would be a mistake to count the value of attacking (or just leaning, building influence) as 0 points, you know? I can provide continuations if it would help, but maybe it’s good enough to just see what happened in the actual game!

there are few variations given in the sgf file but not a line from this point. it would be great if you can show me some variations from here.

one more thing off-topic, why sgf file i uploaded is not working and game is not shown here? it gives some kind of error from amazon cloud.

I threw some in here. Let me know any questions you have. I can see it, but the file appears to have some issues.

Where did you get the original file?

Where did you get the original file?

I downloaded it from joyjoy.net ftp server and games were compressed/combined using .sh shell script and after extracting i added .sgf extension and uploaded it. no other changes.

I threw some in here. Let me know any questions you have.

thanks for the review, i saw some of the lines there and learned a bit from them, but what if black plays say B#13 at P13 and white plays W#14 at Q15 ?

is it really very bad for black?