Will Ichiriki win the Kisei?

If Ichiriki wins the next Kisei game, to be played in a couple of days, he’ll take the title that Iyama has held since 2013, the most prestigious in Japan.

It’ll be one of the biggest Japanese games of the year. The Nihon Ki-in will stream it, and if we’re lucky we’ll get a Redmond commentary.

What do you reckon? Can Ichiriki pull it out?

I feel he’s in a better form than iyama recently so I think so.

I think he has a good chance, didnt he win the Gosei just few years ago?

I’d also think that Iyama is the favorite, but Ichiriki should give him run for his money ^^

Sorry for the noob question, but you said that the Nihon Ki-in would stream the Iyama-Ichiriki Kisei game “in a couple of days.” Where might one be able to see that? THANKS!

That should be available on some CJK go servers (Yike, IGS, …)

I think that Ichiriki can pull it out

It’s worth noting that although Ichiriki only has to win one game to take the title, Iyama has to win all the next three, ie. the rest of the match, to defend it.

So Ichiriki gets three shots: a very dangerous position for Iyama. One point the other way in the previous game would’ve made the situation very different.

Due to the fact that my Japanese - especially spoken, at this point - is about 45kyu, does anyone do commentary on this?

If we’re lucky, Michael Redmond will do a commentary on his channel (which I think you can find for yourself).

He dual streams onto Twitch as well, now, actually.

If he doesn’t do one, try poking a strong player on Twitch, like telegraphgo. Perhaps throw some Patreon cash at them.

I like watching it with Japanese commentary. Adds to the mystery of the game 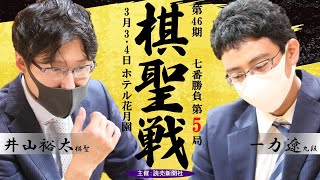