Just have noticed that the number of games where it’s my turn to play doesn’t match the number shown in top right corner. 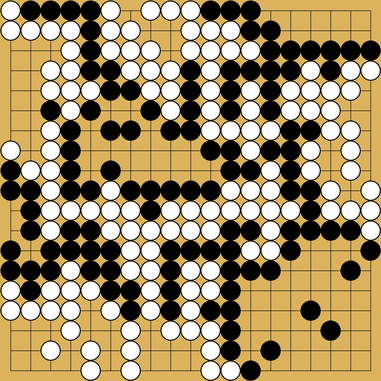 That happened to me too, lately.

I almost timed out a game this way, since I usually don’t go to my homepage, and I only rely on the “it’s your turn” notification in the upper right.

I use the latest version of Chrome as a browser, if this info can help.

At the moment I’ve paused the game in order not to timeout
Can someone from OGS devs confirm/check the issue?

there is an open issue on this already…this has existed for a while. if you
reload it goes away.

ok, i looked for some time, but i couldn’t find the existing thread…the consensus
seems to be that its caused by using multiple browsers. the one thats open but
not the one you make a move with keeps a bogus count.

oh wait, that one results in having two many notifications, not too few…thats scary

I had this issue only once, and only Chrome was open: I don’t use other browsers unless really necessary.

I didn’t opened a thread, that time, because it didn’t happen again and I wasn’t able to reproduce the issue (if I remember well it happened around Xmas, last month).

I use two browsers firefox(home)/chrome(work) both show the same, so I guess it’s not related to browsers.

I almost timed out a game this way, since I usually don’t go to my homepage, and I only rely on the “it’s your turn” notification in the upper right.

Moreover, there is an option in settings to auto open next game after you made a move.
And in this case it doesn’t work.
So there is a really big chance to timeout for those people who don’t open homepage regularly.

oops. i just saw this on safari. the cool thing was it showed me the
notification that it was my move, but the window didn’t update
(i was on that game), and the black counter still read ‘0’. i clicked
on the home menu item and the counter showed 1, and the board
i had just been on was online and showed that my opponent had made
a move. this was definitely a old browser session that had been left
open when moves were made on other browser instances.

since i generally play 50 correspondence moves a day, i’m pretty
sure this is a recent development, but

In my case, It’s not because of an old session.
The issue still persists after cleaning cookies and local storage.

not disagreeing with you, that sounds like something thats pretty server-side

but just to clarify. by old session i mean a browser window left open while you make progress
in the game from some other browser (like a different machine)

since i always have 3-4 of these open at different offices (why do i have so many offices,
i don’t even do any work), i often run into these problems when coming back to one of them later

I am currently seeing this issue. Here is a screenshot of my window (using Chrome, but I got the same thing when I opened the site in Firefox). 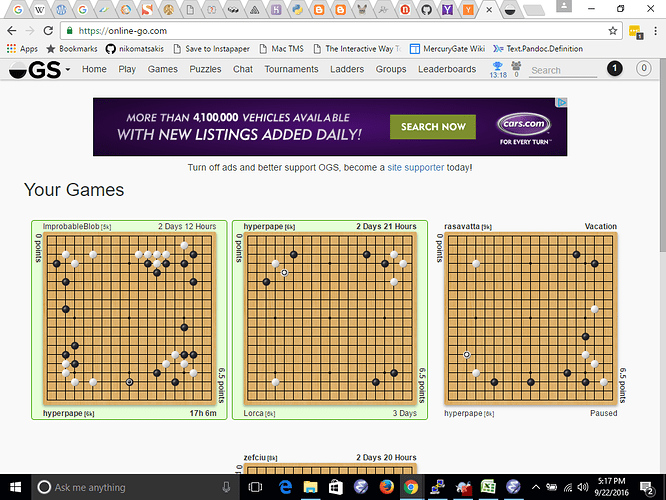 Now seeing it in reverse on my phone. I see one game where I’m on turn, but the circle says I have two. This time, accessing the page in Chrome on my desktop gave the right result.

Just in case it helps, I looked at this thread and saw someone suggesting that reloading should fix the problem. It never did for me.