I guess we can mostly agree that 2020 is a year for the history books, but are any other years you personally remember as significant? We mentioned history somewhere and I started thinking that for some of us memories are slipping into historical years…

For me:
2009: Financial crisis shook everything to the core. I don’t think any country remained unaffected. It hit hard here, and we have still not recovered.
2001: Euro replaced local currency. Everyday life and our sense as a country changed significantly. It was a huge shift to being part of “something bigger”.
1989-1991 (obviously stand alone events, but to me they look like a chain, looking back):
Local political scandal and unrest AND the fall of the Wall in Berlin (officially in 1991, if memory serves, but the bang was in 1989). Europe and how we perceived it changed completely. Things were rewritten here and there, we were adjusting for years.
Gulf War. I remember watching war reporters live on TV, with bombs falling around them. I started understanding the meaning of war as a child. It was basically all there was in the news.
War in Yugoslavia. See above and also too close to home. Emptying supermarket selves was a thing, religious war is always a sensitive topic in the area.

(I have a vague idea about Chernobyl in 1986, but personally I don’t have any memories, so I’m not including it.)

Note 1: I’m probably forgetting a bunch and it’s not a list set in stone, but I will hopefully learn about things I don’t know/ reconsider things I know by each other’s experiences and memories. This year has swept everything…

Note 2: If anyone would like to share their point of view, please be respectful and also keep in mind this is about personal experience, not textbook references.

Being born after the fall of the Berlin wall, I sadly don’t remember that…

The first major thing I remember is the Twin Towers collapsing in 2001. Especially that excerpt of a phone call with someone from inside the towers. That still haunts me.

Another one that I clearly remember is the earthquake / tsunami in Fukushima in 2011. I was on the way back from a high school trip, and we collectively saw the news in a road restaurant, which showed whole cities being swept away by the water.

Bit more recent, but I remember when the Brexit referendum was decided in 2016, as my money got worth 10% less in one night, while I was traveling in Japan.

On a national level, I remember Pim Fortuyn (in 2002) and Theo van Gogh (in 2004) being murdered. Fortuyn was a right-leaning populist (probably the first of the modern populist politicians in the Netherlands) who was critical of the Islam, and Theo van Gogh was a filmmaker who was also critical of Islam in the film which was cited as the reason for his murder.

I think 2016 will stay with me for election outcomes that shocked the chattering classes. Probably just my UK centric point of view but it feels like it was the beginning of the end.

Edit: got a string of 500 errors posting this, not sure what that means but it made my post go wonky!

HTTP error 500: Where does the problem lie and how to fix it?

What do you have to do if “500 Internal Server Error” is displayed instead of your website? We explain what the typical sources of error are!

The first election I was aware of, here in the UK, was in 2010. The Labour party had been in power for a long time, thirteen years, but long-time chancellor Gordon Brown had only been in power for three (after three-time election winner Tony Blair had ceded him the position).

My impression of him was of quite a dull and weary man, bumbling and and making gaffes. He seemed to be outclassed by the younger and more energetic David Cameron, and somehow to symbolise the dying days of the “New Labour” government. I was quite young at the time, though, and I’m sure teapoweredrobot has a much clearer memory of the event. 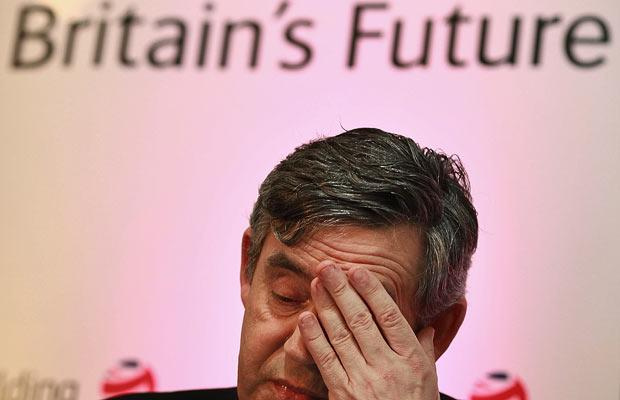 At that day I was working as a call centre agent (inbound). Quite suddenly no calls came through anymore. That was weird. We didn’t have access to internet for some silly managerial reason, so we didn’t know what happened at all. Slowly some info reached us. An airplane had flown into a building.
After that shift ended I went home, still puzzled. Switched on the telly and saw apocalyptic images of New York. I looked for maybe half an hour and went to sleep. Next morning I had to get up early and go to Groningen for a party weekend. Only the party feeling was more or less absent. It was as if we all wanted to party and forget the horrifying images of New York burning, but were not able to do so.

Groningen for a party weekend

About memory, I remember visiting museum Het Valkhof in your city, as a child, being quite interested in archaeo- and palaeontology.

Edit: just learned it was just archaeology… Must be confusing it with my visit to Naturalis…

Come again and visit De Bastei. Think you will love it.

I was in my senior year of high school on Sept 11, 2001. Classes were immediately cancelled, but they let us stay (just to help watch us, since not all parents would be able to come pick up their kids) and we watched the coverage on TV. It also helped that we had each other while we absorbed the magnitude of the situation. For much of my life, I had a naive optimism that believed that that calamity would have been the worst world-changing event of my lifetime.

On a personal level, the memorable years are mostly all much more positive, with graduations, getting married, and the births of my children. Of course, 2020 is memorable for all the worst reasons.

Smoke was everywhere because forest fires. Nothing visible farther than few meters. But sun was very hot anyway (that’s why forest fires happened).
I remember as I had to go to the shop and seen as 3 persons smoke cigarettes - insanity! 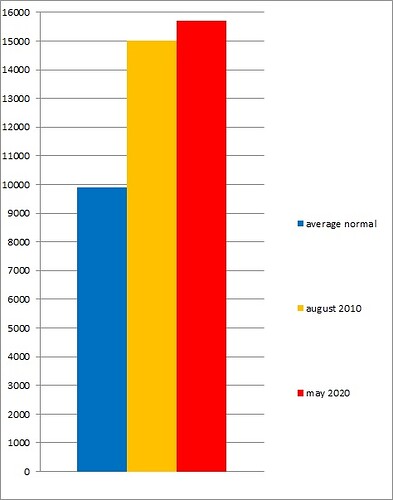 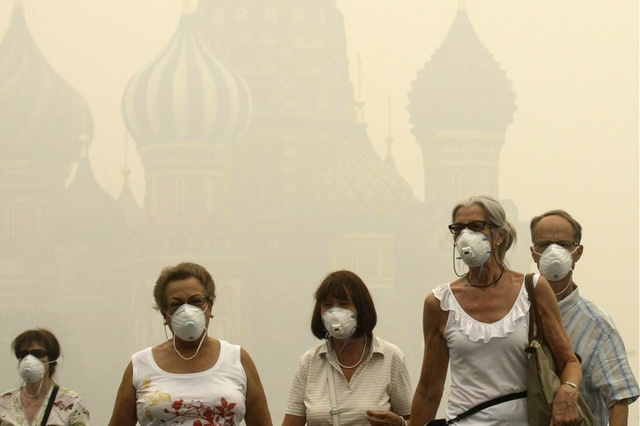 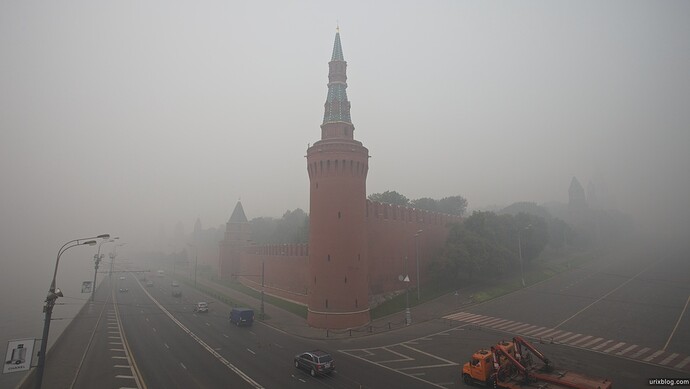 I think the war in Kosovo in 1998 was one of the first wars that I realized was happening not far away from our country. Later, we had many new kids in our class who came from there. I hadn’t been aware of the earlier wars in Yugoslavia.

I was in 4th grade when 9/11 happened; my brother was watching tv and I saw the smoke on the screen and asked what happened. He said a plane flew into some important building.

Next day or the day after that in school there was talk about Osama bin Laden and that joke about him and Bush playing chess. None of us really knew what would happen after that.
Then, I was really confused how Iraq became involved, because it was all about Afghanistan before. By then, I was 12 or 13 years old and I was really angry that there was to be a war.

And then the financial crisis 2008 with Greece having trouble later on.

I also remember the way that Swiss political culture changed when Christoph Blocher became Federal Councillor. Usually, the seven councillors who are the government stay in power until they step back, and there are two members of the three major parties and one of the fourth. But Blocher’s right-wing party, the Swiss Popular Party had gained large support over the last 4 years. So when the legislature was over, the parliament did no re-elect the second sitting councillor of the christian-democrats, but elected him as the second member of his nationalists. The parliament can elect any Swiss citizen it wants; there is no official campaign or candidates, but the nationalists said “Either you elect him or we go into opposition.” Which is dumb, there is no real opposition in Swiss politics.

And man, that guy was annoying. Always against everything, always saying “everybody hates me mimimi”, always blaming immigrants and the left for everything.

Needless to say, four years later he was also not re-elected, but a more moderate and quite capable woman from his party. She didn’t know this was gonna happen. The party threw a tantrum and excluded her and the other sitting councillor, who was also more moderate, from the party. In the aftermath, these two and some other more moderate politicians seceded from the nationalists and formed a new party, the bourgeois-democrats (BDP).

They have now about 5 % and are maybe gonna join the christian-democrats, who earlier this year changed their name into ‘the Centre’.

By 2017, both BDP-councillors had stepped down and been replaced by “real” nationalists.

When 9/11 happened I had a slow shift in the cafe I was working, so we were drinking beer and playing pool in the afternoon with a couple of guys.
I remember it felt surreal, we couldn’t process what exactly was happening until actual news came in.

How about some older events?

Do we have forum frequenters old enough to remember the 50’s?

Do we have forum frequenters old enough to remember the 50’s?

I remember that I did not exist back then

remember that I did not exist back then

We welcome all perspectives.

In 1973 we had “autoloze zondagen” (carless Sundays). Starting on November 4 and ending at January 6 (1974) nobody was allowed to drive a car (exception: police, fire brigade, ambulances, busses and taxis). I was 13 years old at that time.
The Netherlands experienced an artificial oil shortage. The Netherlands had supported Israel in the Yom Kippur war. The oil producing countries shut down the oil production as a retaliation measure.
Our government of that time (Joop den Uyl) issued a temporary law that forbade driving a car on Sundays, just to save oil. Later became known that this had no effect at all and that the national oil supplies were big enough to do without a carless Sunday.
But it gave some very nice images of empty motorways. 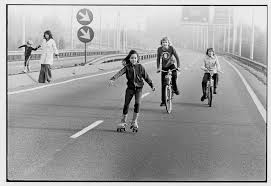 Rollerskating where normally cars drive by at 100 km/h.

A pick nick on the motorway.

Well junior, there is one thing that I hate and that is being called a senior.
And do remember that I am still young enough to spank you if necessary. 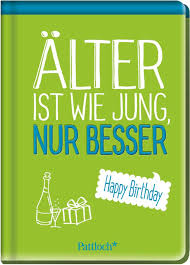 The period 1967-1969 was about the time I began to form some sense of how society works, along with a greater awareness of the world at large. For the most part I was still preoccupied with being a kid, so the events of that time registered on my brain like a fading radio signal.

Among the things that faded in for me: the Expo67 world’s fair in Montreal, which I attended; the memorial service for Martin Luther King; escalation of the Vietnam war; the Manson murders; and, of course, the Apollo11 moon landing (I think that reflection might be Armstrong’s head).

Things that stood out to me on the cultural front: miniskirts, Jumpin Jack Flash, Elvis in his black leather outfit; the 1969 world series; colour television, cigarette ads on tv, anti-smoking ads on tv; all-night horror shows at the drive-in (which I did not attend); Mad magazine; and the rabbit’s foot on a keychain that I was seeing everywhere.

In Canada we also had “Trudeaumania”, which I still don’t really get.

The rise of the Parti Quebecois in the seventies certainly put the country through some high anxiety. But honestly, those events never imprinted themselves on me the way those earlier ones did. It’s like the brain develops calluses over time. We don’t call them the formative years for nothing.