A question about Rank and Challenges

The game-type ratings are used to compare player strengths.

In a correspondence match, Player 2 will get two stones against Player 1 even though Player 2’s rank is higher than Player 1’s overall.

I shall start restricting the rank of my challenges according to my rank for that game-type. That way I’m more likely to get an even split on colours. Thanks for your help.

We’ve cleared up the colours, but I realise one question remains; when I restrict the rank of a challenge, which rank is that challenge restricted to?

when I restrict the rank of a challenge, which rank is that challenge restricted to?

Interesting… as a follow-up question:
Which rank contributes towards how much a ranked game changes your rating? their overall rating or game type?

Which rank contributes towards how much a ranked game changes your rating? their overall rating or game type?

Overall and game type ratings are calculated independently, each one changes according to your opponent’s corresponding rating.

I see so if we were even in say blitz but lower overall and we beat them in a blitz game… our blitz rating would only go up a little but we’d see a bigger jump in our overall?

I’m going to search for the rank restricting feature in the codebase - maybe something obvious will come up.

Does it? I guess I got those mixed up… Yep, I have now claimed both are true. One claim is correct. Choose wisely. 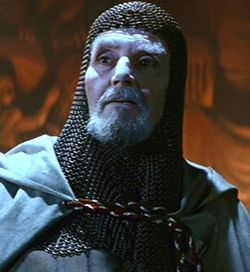 I’m not going to pretend to understand TypeScript - in fact I’d not heard of that until a few minutes ago - but this line determines the eligibility in the SeekGraph and that appears to check a generic data.get("user").ranking value.

I’m going to see if I can find a class with a ranking property, but my suspicion is that this is some sort of User class and that ranking evaluates to the overall rank.

At least something like a User with a ranking property is declared here:

This corroborates the idea that properties named ranking tend to correspond to a players overall rank, rather than the relevant game type. Unfortunately actually understanding this code enough to draw any conclusions is a bit beyond me right now. All I’m doing is speculating.

This is unexpectedly complicated, probably just that I don’t understand the language paradigm thingy. Here’s what I see:

However, I think I may have thought about this enough for one evening. Is there a dev around who knows the codebase/this language? Am I on the right track here and can you tell me:

You’d have to ask @anoek. I looked at the code once, didn’t see any comments, and closed the tab.

Yes, absence of comments seems intimidating. I will wait and see whether @anoek is able to corroborate my findings.

Until then, I think I shall just resume restricting the rank of my challenges to my over rank, and hope that my game type ranks just make more sense over time - a shame, I had a game with the white pieces last night!

I should clarify - is there something I need to do to contact @anoek or will tagging him in the forums be sufficient?

Tagging him should be sufficient. He’s a busy guy with lots of things to work on for OGS, so don’t worry if he doesn’t reply right away.

Upon reflection, this isn’t a serious issue so long as I ignore the game-type ranks. In other words, by restricting challenges to my overall rank, I can pitch my opponent’s overall rank against my own.

Of course, it’s unfortunate that colour is not decided by the same criteria as the challenge’s rating restriction, but I think I can deal with it

Hmm, it’s not without issues. I was struggling to find a blitz opponent so I created a challenge with a looser rating restriction. To compensate, I set the handicap to automatic.

My opponent’s overall rating was two stones weaker than mine. The relative difference in blitz ratings was similar but I didn’t get to check until after the game. No handicap was applied and my opponent struggled from the very beginning.

I’m confused I guess. When I restrict the rank of my challenges it just seems obvious that I want to do that according to game-type. In the absence of that, it seems weird that handicaps and colours are decided on different criteria to the rating restriction. I can’t really control the conditions in the way the feature is intended.