Are there penalties for timing out of games?

I’m sorry if this is mentioned somewhere else, but recently I have timed out of 3 ladder games due to hectic work days (basically negligence on my part of not turning on vacation mode).
Are these losses no different from losing by resignation or scoring? Or are there administrative penalties like not being able to participate in ladders/tournaments, or a label that may make it harder for me to find opponents?

No penalties except for a “recently timed out of a game” warning on your profile page, which basically every other OGS user has, because once it’s there, it stays forever. Nobody cares about that warning, really.

timed out of 3 ladder games

The system is meant to automatically kick you from the ladder when this happens. Currently there are some bugs that mean this doesn’t always happen. Also, you’re welcome to rejoin the ladder at any time, there is no lockout.

It’s not meant to, this is another bug. It’s meant to go away once you complete your first corr game by scoring or resignation. It’s stuck on for some users.

Another penalty to timing out is that you are kicked from a tournament, if that game was part of a tournament.

However, there is also a potential benefit to timing out multiple times in a row. In the case of multiple consecutive timeouts, the rating system only counts the first one as a loss and ignores the rest. I believe this is meant to address the issue of someone that suddenly leaves and mass timeouts in a bunch of games. Someone could also abuse this feature to stack up a bunch of games that they were going to lose in anyways, and use a batch timeout to largely escape from the rating hit of losing those games.

Why do we have this anyways? Is it meant to be a penalty? Like a badge of shame? Or is it meant to serve some other purpose? 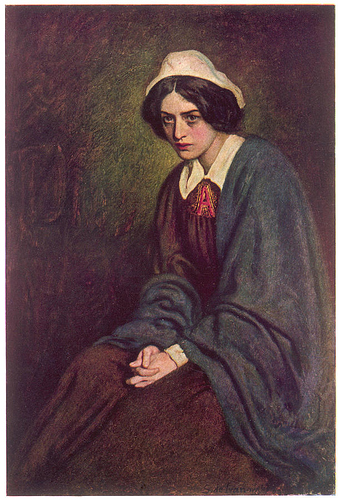 In the case of multiple consecutive timeouts,

This only applies to correspondence games, and it has been discussed extensively in other threads. It is meant to address an extraordinary circumstance, such as being hit by a bus. Of course, it can and has been abused, and cheats have been banned for abusing the rule (I have banned a coupe of them myself).

Timing out in a correspondence game is unusual, generally speaking, so the displayed warning is a “heads up” for someone contemplating a game (i.e., they may want to check their opponent’s history before accepting a challenge).

Maybe a bit off topic, but there are times when I wish that there would be penalties for timing out of games. It happens in ASTs more often than not that you spend the first round waiting for an opponent, who never shows up.
Frustrating.

To be honest: I also regularly forget that I registered in an AST. If I would lose points when timing out, I probably would be less careless in it.
Disclaimer: (when a player is playing a game) timing out because of using too much time should not be penalised.

If I would lose points when timing out, I probably would be less careless in it.

What kind of points do you mean?

But if you forget to show up, you don’t lose or win raking points. In this way OGS encourages undesirable behaviour. In the case that I would lose points if I didn’t show up, I would be more careful and make certain that I did show up on time as there is a reaction (penalty) to my action (timing out).

By the way, it is not my intention to stir up this discussion again. It is just my opinion and a reaction to a previous post, nothing more and nothing less.

Or from another point of view, punishing people’s rank when they don’t show up, only makes a player’s rank less accurate. This in turn punishes a player’s opponents as well.

How about displaying “Timeout%” or “DNF%” on players’ profiles? Might discourage escaping/ batch timeouts without affecting rank.

Only if it’s a running calculation, not for all time.

It is really important to be clear about terminology in this subject. Timing out is a normal expectation in blitz games. Cases in which people disconnect and consequently time out are called “escaping” or “abandoning.” These cases are prohibited by the TOS as “timewasting.” There are also, more rarely, cases of people deliberately timing out while they remain connected. This generally occurs in games with long maintime, when players want to waste more of their opponents’ time or want to cheat by driving their opponent to resign in frustration. I refer to this as “deliberate timeout.”

Legitimate timeouts can also occur as the result of server issues and simply thinking too long, even in non-blitz. I myself have timed out on two occasions in IRL 9x9 games (5x30 byo-yomi) because I lost track of the time.

It is important not to assume in any case that there are no penalties, just because the penalty is not generally visible. People who escape or deliberately time out receive one or more warnings depending on circumstances, and they are banned from OGS if they persist. The moderation team issues a large number of warnings every day, and we ban someone for these offenses probably once every 2 or 3 days.

People who don’t show up to play a game are a different issue (except that they should cancel rather than escape and will be warned if they escape). Game creators are allowed not to play the games they create, so long as they are not trolling. This is because they have no opportunity to vet their opponent. In contrast, someone who accepts a challenge is expected to play. Players who persistently accept a challenge and don’t play are regarded as cancellation trolls. They get one warning and then get banned if they persist. These trolls are much more common than one might think.

Why do we have this anyways? Is it meant to be a penalty? Like a badge of shame? Or is it meant to serve some other purpose?

This is the famous “T of shame”. Is that jargon lost? That would be a shame in an of itself.

Never heard of this,

which is not surprising for a non native speaker.
Does the T of shame refer to the Confucian Theory of Shame as described below?