Can you play youself in OGS?

Hmmm… Playing yourself… Interesting idea… I just tried it and guess what…? I won!

Seriously though, I have actually thought of this idea before. I think it would be interesting to play as black and white and just honestly make the best move you can think of for both sides. I wonder how such a game would turn out. And how it would feel to know what your opponent is thinking

But I suspect it is not a good way to improve your play. I actually read a quote about Go (can’t find it now) that said something like “every game is a game against yourself” (because you imagine what your opponent will do but you can only imagine moves that you yourself could make).

I actually read a quote about Go (can’t find it now) that said something like “every game is a game against yourself” (because you imagine what your opponent will do but you can only imagine moves that you yourself could make).

Well if you pause to think after every move, I think it’s possible you’ll come up with moves you wouldn’t have seen X moves back in the sequence.

If you just read out one sequence from move A and then just play the entire sequence out without thinking, I don’t think that would be as fruitful.

Then of course review it afterward, if any sequences were misread and a better reply was found once the move (or couple of moves) are played then there’s some kind of blindspot to address, whether it’s not seeing a tesuji, or not being able to keep track of liberties etc. Something to review and work on.

How about a thread for composing them? Each creator could give a theme or opening to inspire the next.

I play both sides when testing features, on Beta. I find a nice way to do it is to have two Chrome profiles, each logged into the separate account, then you can have a window open with each side by side (ideally on different monitors) and see the game from each player’s point of view.

I’m assuming that the OP did not mean to create actual games requiring multiple accounts.

Self-play could be done using just a demo board, or alternatively, one could review a past game while playing out deep variations.

It started last year September, it’s open to everyone at any time, and we are in some middle game stage now.

HERE is a direct link

Three players play two colours, so a turn order could look like this:

How about five-player Zen Go with three colours?

The more the players the more we will run in some schedule problems. Go find 5 players in a live format (see how difficult to run a rengo) and in a correspondence format, we may run in a 1move/3weeks or more for each player.

To play the same color every 10 moves (and once between weeks) can be an interesting experience to disconnect each move from past or future.

Edit: I forgot the 3 colors… I’m not sure as this implies diplomacy (2 vs 1) without diplomacy (as you change sides) so no for me.

I’m assuming that the OP did not mean to create actual games requiring multiple accounts.

I wonder why you would assume that? As long as you don’t play ranked, there is nothing wrong with this. It has the advantage (as I said) of seeing the board from the other person’s perspective, and a physical shift of eyes as you go to play the other side…

Hmmm… Playing yourself… Interesting idea… I just tried it and guess what…? I won!

(Sorry, couldn’t resist it too.)

What I read in the OP is: may I send a challenge to myself on OGS?

There are five actions you can do towards someone else but you can’t do them to yourself.

Playing against yourself can be beneficial. I recommend using a demo board for this purpose so you can freely explore moves and ideas while trying to determine best play. I suppose you could play two accounts against each other to simulate time pressure. But do mark the game unranked. Playing ranked games against yourself will raise suspicions of rank manipulation, which may result in corrective action.

Speaking from experience; having multiple accounts, even with the best of intentions, can become an absolute pain in the :donkey: both for yourself and the long-suffering mod who helps you to clean up the mess. 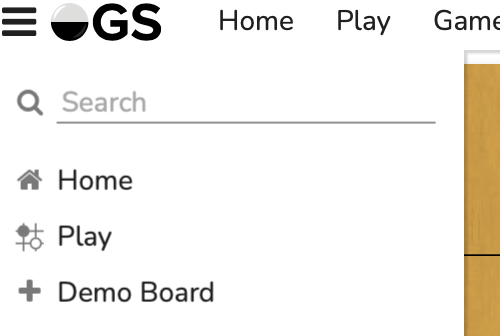 Some seemed to assume that they were using two accounts and a mod even warned about not doing it with ranked games. It seems like more work to have to create two accounts when a demo board would suffice. Since no one mentioned demo boards, I also wanted to bring that idea up so that OP was aware if they had not actually been.

Self-play could be done using just a demo board, or alternatively, one could review a past game while playing out deep variations.

Since no one mentioned demo boards

You did mention a demo board