Hello everybody, let’s have a nice game!

I don’t have a flag yet. I considered posting a picture of the ginger cat that I grew up with and is close and dear to my heart. But I don’t know if it qualifies as a flag, or if anyone would want to see it.

As for the first move, I support the idea that each corner is shared by two people to begin with. This seems to me like the most natural and balanced way to start.

I currently favour something like the second example picture, with the highest-ranked player playing in the center

Or if anyone volunteers, at any rate!

Could anyone be bothered to add everyone’s ranks to the first post?

I don’t have a rank at Diplomatic Go yet.

I maybe don’t quite like le4’s ideas for my pieces, but i’ll decide at some point where I want to go. I’m a 20k atm I think.

Also I won’t have a flag. I will just have many random pictures. Bulbasaur time now 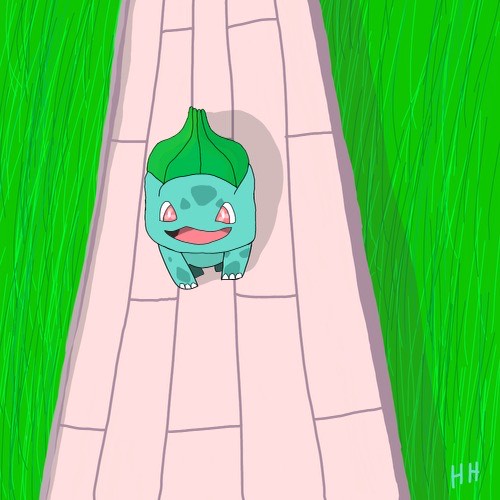 Fair enough. I guess I wanted to express that go ranks don’t necessarily mean much here. This is a very different game. I would argue that negotiation skills are even more important than experience in traditional go.

To clarify, my boards above were just meant to be a starting off point for further discussion. I plopped some stones down randomly to see what it looked like.

Apart from the considerations for each player about the local position, which other players are closeby will make a big difference. It’s possible to collaborate with players next to you (with shared “eyes” to strengthen both, like we saw some examples of in the previous game), but the players next to you are also the ones who will have something to gain from capturing you.

Can you share an example position with shared eyes from last game? 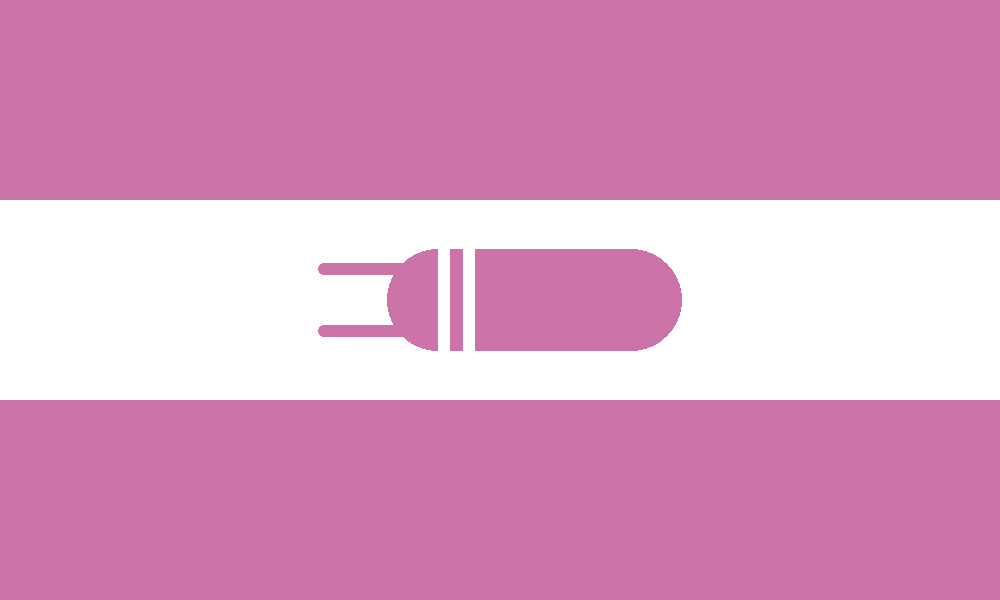 Greetings from the Cingdom of Cochineal! We are a humble and rustic, yet friendly nation.

They were never really “used” in the game, but they existed on the board. For instance, in this position: 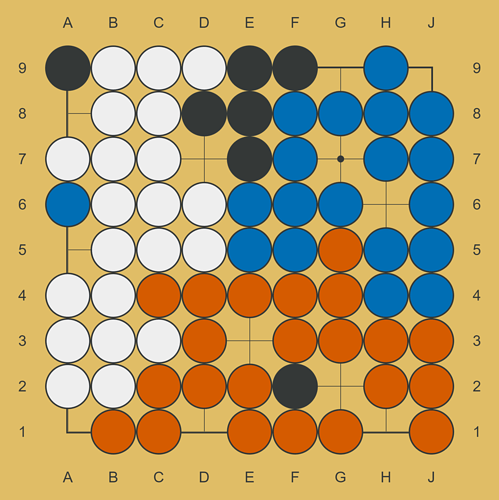 I’d like to invite @Haze_with_a_Z to join me in occupying the lower right.

That is so freaking fascinating. Thank you

It’s also possible to have shared eyes between multiple players, like E5 here: 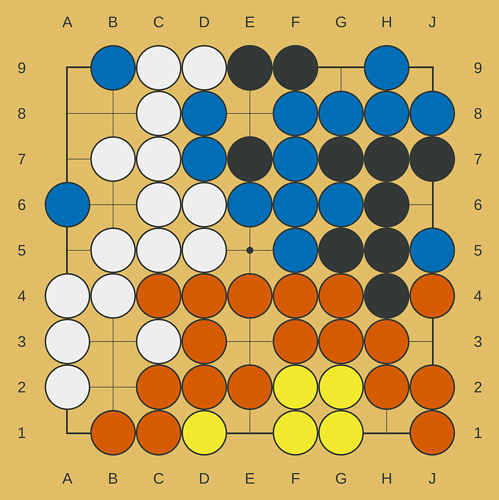 image998×1000 129 KB
But remember that if the players aren’t working together, it’s effectively just a boring dame

Hypothetical board position inspired by an idea suggested to me in DMs: 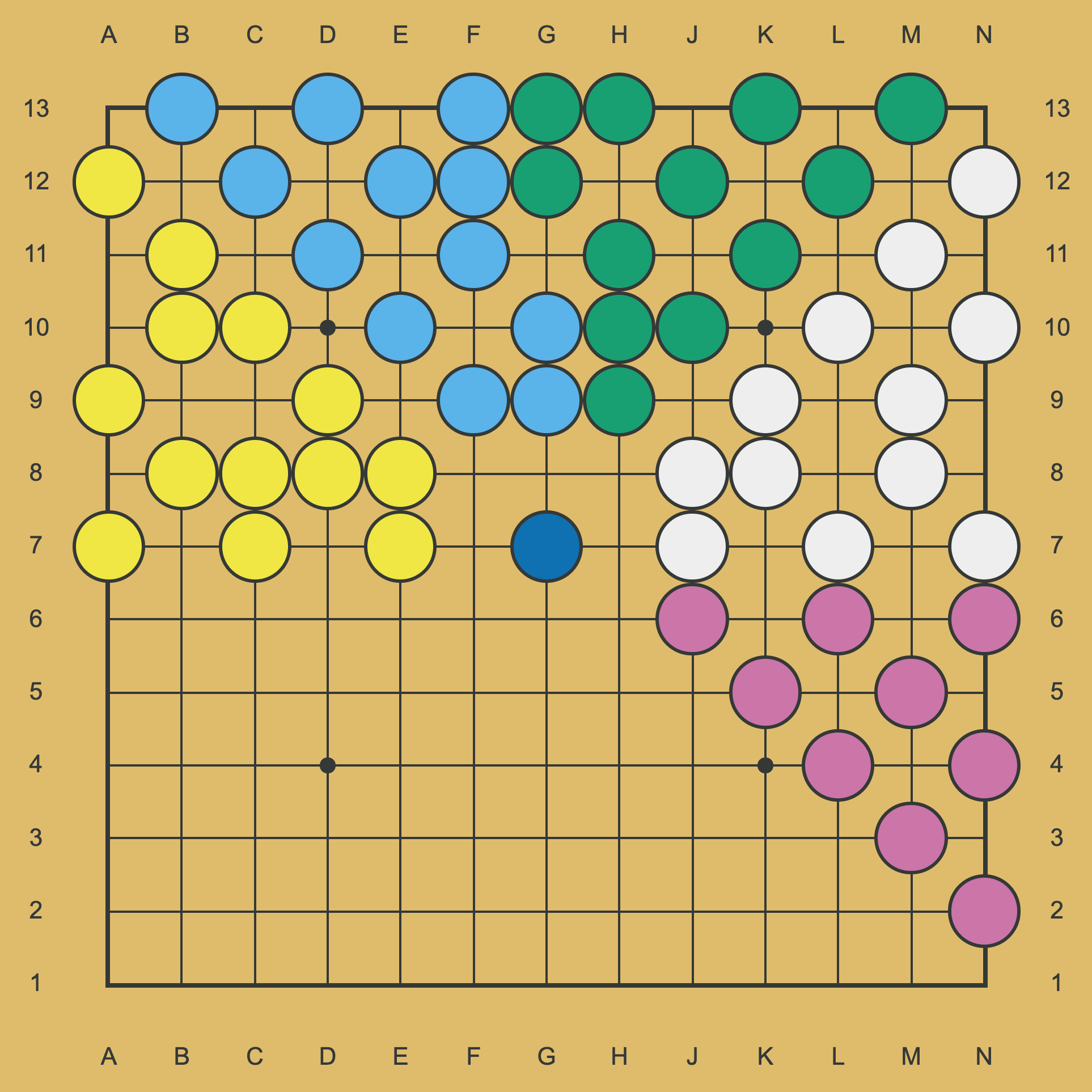 How do I properly embed it?

I usually take a screenshot, and post the image. You can also make it a link linking to the demo board (in the same way you’d normally make a link: [text or image](http://your-link.here)

Did you manually edit some of the older posts to make them images?

Discourse automatically processes links to generate a preview. I think it requires the website to present a preview of content somehow.

How to Create a Link Preview: The Definite Guide [Implementation and Demo...

The whole strategy of creating link previews, including implementation using open-source libraries in node.js. The whole solution is released as npm package.

Onebox converts your web links into useful preview excerpts that help inform readers about the target before they click through. To create a onebox, simply paste any link into a post on a line by itself, like so: ...

Ever wondered how this preview is generated?

Did you manually edit some of the older posts to make them images?

Yes, I’m planning on doing that manually for now.

Discourse automatically processes links to generate a preview. I think it requires the website to present a preview of content somehow.

I’m looking into this as well, but it will require creating an actual image from the board position. When doing that, it might be easier to just download the image instead and share that.

Is there a way to automatically get the board image, besides taking a screenshot?

A neat trick for using the forum is that you can just copy the image and paste it in, which automatically uploads it straight from the clipboard buffer, avoiding the need to save an intermediate file.