How about having "Call a Moderator"-Button pause the game?

Yes but that defeats the object if many of these lower level mods end up having to call all the higher level mods. Its a solution that could very well cause a larger delay of action, because something wrong was done first.

From many of the different volunteer/event organizer hats I wear, let me assure you that the general public makes no distinctions between levels of authority. If a “lower level mod” says/does something, the overwhelming majority of general users will take it as though the owner of the site might as well have said/done it. Having to revert decisions made by others seen as holding positions of authority is a bad look.

I understand the appeal of the idea, but it just could not be implemented as a practical matter. A “lower-level mod” would need to have access to the report system and to the user histories. Many trolls are very clever in their evil machinations, and if one gained access to these sensitive components, they could create extraordinary mischief both to OGS and to individuals. Consequently a person would have to be vetted to the same extent as a regular mod, in which case they might as well be considered as a regular mod.

Some regulars already contribute to moderation in meaningful ways, by acting as additional eyes and reporting spamming, possible botting, possible sandbagging, etc., and we are grateful to them for doing so.

Just getting more moderators would solve the problem easier than pausing the game, I think, but for some reason that doesn’t seem to happen even though we have (as far as I can tell) two inactive mods currently.

I don’t quite see how pausing the game after calling a moderator would give trolls a new tool. If they want to bother mods, they could still call a mod to their game and then just annoy the heck out of their opponent. But it makes sense if only the two participants in a game pause the game with the call…

The whole tier-system for mods seems a bit confusing for the users - but for tournaments it may be nice, if the tournament creator can resolve issues within the tournament (If they can’t already, I never hosted a tournament :D)

Getting more moderators migth be harder than it sounds (or maybe I am overcomplicating it? Who knows). The thing is, if we strived to ensure anything close to 24/7 support, we would have to think about selecting moderators from particular time-zones, which already limits the search significantly, ideally they should already have some solid understanding of the game to be able to call games when needed, and while it may sound silly, it is also important (for me at least) that they are someone we think would fit into the existing team and someone we trust to have the best interests of the community in mind (and such a level of trust is not easy to build online), plus ability to communicate with people politely and patiently, decent command of English, some ammount of free time… And so on. And also - not everybody wants to be a moderator

there are downsides to doing the moderating as well.

If they want to bother mods

I think this migh have been a misunderstood point, so to clarify: We are not afraid of trolls having another tool to bother us, I think the whole team pretty much agrees they would welcome the function, the only current worry is, that such a tool could halt a whole tournament (even with completely honest reports) and thus potentially ruining a whole live tournament for many people at once, which is a pretty big worry. But yeah, other than that I have been promoting the idea for a long time

make it so a moderator has to be on at least 4 hours a week unless their on vacation.

“Has to be on” … how are you picturing that working?

It looks like you haven’t realised that moderators at OGS are volunteers!

We’re more likely to be here on our vacation

how are you picturing that working?

Perhaps reliable, experienced Go players could be sentenced to Community Service as OGS moderators after committing heinous crimes such as murder or shaking hands! 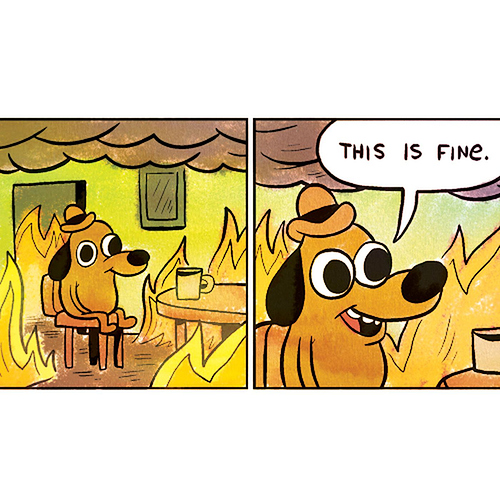