I get Server Error 500 whenever I login

And the “Resign” button doesn’t works. It means it shows confirmation dialog (“Yes” or “No”) but after choosing “Yes” nothing happens to the game.

Is this planned maintenance or an outage? When is the site expected to be back up again?

I don’t think it’s planned because there was no announcement.

There hasn’t been any communication about expected recovery.

It seems that this problem has arisen suddenly and will remain for a long time.

will remain for a long time

At least 5 hours so far. I suppose there’s no monitoring of the service, in that case? Do we have any way of alerting the developers so that they can fix the issue?

I guess if they are in the USA then they may not even discover the issue for another 5 hours or so - almost half-a-day without access to OGS!

I think that @anoek is in the USA, and you are right therefore probably won’t discover the issue until his morning, a few hours from now.

I ask for a compensation! I want a dan rank as a replacement of my kyu rank ^^

Experiencing the same issue too. Hope the clock is not running in the background while this is happening, or else I will run out of time…

You can actually play games. Ignore the error, and go to the game by clicking the notification in the upper right corner.

BTW: This means the clock is running. 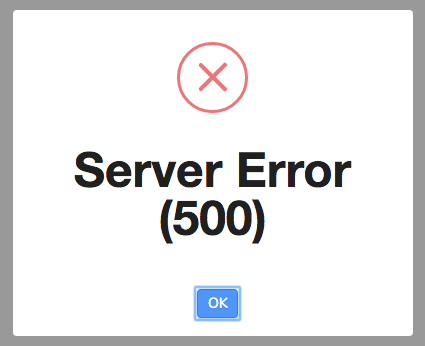 @anoek and @matburt have been summoned (by name tag), invited, and notified via PM … OVERKILL

Or by the number of the game - if anybody remembers it…

… or via your profile page.

Mh, odd, because I can visit my profile page.

<edit> Oh, and I just wanted to make a screenshot of the profile link when I noticed that my “Home” page loads again … seems it’s been repaired meanwhile … for all or only for me? </edit>

Well, everything back online while I was writing the previous message…

A little bit of weirdness is left over. I have a correspondence game where my opponent’s clock just shows 0.0 + 0x now but they don’t appear to have timed out.

I’d have expected them to get some time added or having timed out, not…whatever actually happened there.

Edited to Add:
Ok, now they timed out. That was odd.

Hi All, As you might have noticed we had a server outage for about 7 hours last night (or day depending on where you live!). The root cause was a database server failure, and the reason why it lasted so long is because it happened just after I went to bed

. We are still unclear as to what caused the failure, but we’re continuing to look into it to try and prevent whatever happened from happening again. The database server is in a manually patched state right now, and as we mentioned …