Issue with my rankings

According to my other post here on a different matter, Rankings explanation? my ranking may be incorrect and a admin needs to correct it according to other users??

Sorry if I messed something up here, as a beginner I am still getting used to the site.

Thanks for the analysis @Kosh

I annulled those two games, which were clearly “incorrect results”.

@JamieCropley’s effective rank now looks more reasonable, though TBH I’m not clear why the series of losses hasn’t driven it down further. This may warrant a look from @flovo and @anoek .

In addition, there’s still a residual bug from the recent update where the person’s display rank stays high for a while after annullment, but you can see their actual rank on the graph and in the game history.

I guess we’ll iron these things out in due course - thanks again for the help.

Upon closer inspection, it seems that a loss against a high ranked person while the uncertainty is high (the first couple of losses) actually increases the effective rank, because while the rank itself may go down a little, the uncertainty drops a lot, and humble rank increases… or somefink like that.

No worries, thanks for looking into it so quickly.

As per Rankings explanation? - #25 by Bray there’s still quite a few posts being made indicating that my ranking is bugged somehow? Therefore wondering is this still being looked into, any updates?Worries me a bit. 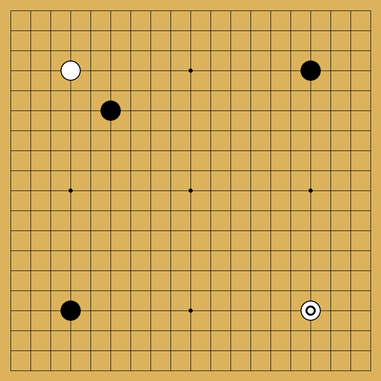 Here is the game in question, Jamie resigned after just one move (in chat he explains). I don’t know if that means the game shouldn’t count, but still his rating should not have gone up.

Losing against a much much stronger opponent actually shouldn’t change your uncertainty a lot because the loss doesn’t add much information to your rating.

Losing against AlphaZero usually (almost) doesn’t tell you anything about your strength or the uncertainty of your rating.

As far as I know the Glicko system takes care of that anyway.

Getting to the bottom of this might be not trivial. So I think you have to be patient here.

I wonder if it’s something to do with handicap games.

I never found out if this was reported properly and or addressed?

about the handicap suggestion. i strongly advice against playing handicap games on OGS, there is something incredibly wrong about how OGS calculates ratings from those games. today i randomly found an sdk who ranked up to 7d by winning games with wrong handicap settings (I will not go into detail here).

Hopefully it gets sorted in some way, but to me it seems correct anyway for how it’s been explained so far so I will stop worrying about it unless someone replies in an official support capacity.

Quick question: where is the humble rank actually used?