I think that’s a phenomenon in most languages, where there are many synonyms with subtle differences and slight variations in connotations and appropriate context.

Here are some examples in English: 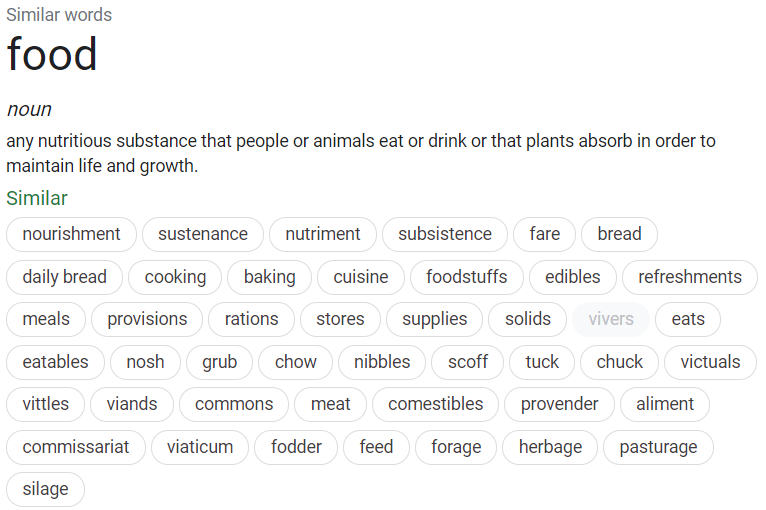 What about Russian? I imagine that you could make a similar list.

Wait, there are people who use Caps Lock for uppercase letters? Isn’t this what Shift is for?

I think the majority of people that are trained in touch typing would hold down shift with one finger (typically a pinky) while pressing another key with some other finger.

However, with injuries or disability, that might not be easy or even possible. Caps lock provides one workaround to allow such people to type capital letters. However, caps lock typically does not provide the same functionality as holding down shift for actuating other inputs (such as typing certain symbols). Similarly, one might be unable to use other keys like “Ctrl”, “Alt”, etc. in tandem with another keypress.

Sticky keys is an accessibility feature of some graphical user interfaces assist users who have physical disabilities or help users reduce repetitive strain injury. It serializes keystrokes instead of pressing multiple keys at a time, allowing the user to press and release a modifier key, such as Shift, Ctrl, Alt, or the Windows key, and have it remain active until any other key is pressed. Sticky keys functionality is available on/in Microsoft Windows and macOS as Sticky Keys, and on Unix/X10 ...

I think that’s a phenomenon in most languages, where there are many synonyms with subtle differences and slight variations in connotations and appropriate context.

Yes, if we’re looking at merely synonyms. But luckily synonyms often come from different root words so it’s not that hard to distinguish them. Here the annoying part is that not only they mean similar things, they even look the same. I think in English an example could be “use” vs “utilize”. At least for me, since they look similar to my eye, for other people they might be sufficiently different.

I think that’s the first time I’ve ever seen viaticum.

It has three senses, of which one is the relevant

provisions, money, or other supplies given to someone setting off on a long journey

It’s a Latin word, ofc, deriving from the adjective viāticus (of the road, of travelling), from via (road).

I was just reading the British Go Journal’s Spring 2000 issue.

It surprised me to see an article still referring to “wei-chi” rather than weiqi. The same author, Franco Pratesi, also uses the unusual orthography “Shangai” for Shanghai.

One guess is that these were fashionable European styles at the time. Wiktionary says that the Shangai form is used in Portuguese, alongside Xangai. However, the topic is Western Go journalism in the 19th century, so perhaps an attempt was being made to mimic historic forms.

Interestingly, the quoted material from 1892 uses the even more archaic wei-ch’i.

The name of Z. Volpicelli is known … thanks to two pioneering English articles that he published … printed in Shangai … the second, of 1892, contains one of the first descriptions of wei-chi in an European language.

Whilst quoting I also noticed another oddity, the “stubborn” spelling an European, the type of which we’ve discussed before.

How do you say "Go" in ASL? General Go Discussion

I have a question that I don’t know the answer to, nor do I know even where I could look for such information. I need to know how to say Go (or Baduk, or Weiqi) in Sign languages. I asked for ASL on the title, but it needn’t be. It could be International Sign, or any of the Sign languages signed in East Asian countries. Now, I don’t mean hand spelling, but the actual sign for the word. I wonder if anyone here might know it. Serious question, I need it for an assignment, please don’t speculate. …

German has these too, “geflügelte Wörter”. They’re from Homer’s epics. When a character says something, it is sometimes introduced with the phrase Καί μιν φωνήσας ἔπεα πτερόεντα προσηῦδα “And then he answered him and spoke with winged words”
There are some who argue that it’s not winged, as if the words fly from one to another, but feathered like an arrow and they hit their mark.

German Geflügelte Wörter are quotes of famous people, though, or famous texts, that made it into everyday use.

I just used the phrase

My suspicion is that that is the better move.

Do other languages have similar palindromic expressions?

they even look the same

Sure, but only half of the word, the first half.

Distinguishing 食べ物 from 食物 is through the first one having くん pronunciation: たべもの (because there’s a hiragana in) and the second having おん pronunciation: しょくもつ (a word made up solely of kanji; funnily it could be read as しょくぶつ, but that usually means plant: 植物).

食料 and 食糧 are most annoying, since they are pronounced the same (which is why they have the same radical 米). However, they’re pretty much synonymous, and the kanji might only give a slight nuance.

In other words, kanji is used to give more nuance, such as with 分かる (generally to understand or know something) and 解る(to understand / figure out a problem), or 見る (to see), 観る (to view) and 診る (to inspect). It’s an extra literary dimension that our languages lack, and can be used to great creativity (e.g. 煙草 being read as たばこ / tobacco or 麦酒 being read as ビール / beer)

The problem is not that you can’t distinguish them, べ in 食べ物 is quite clear, it’s that it’s harder and more annoying. Sure, no one has any problems with this specific word because it’s so easy, but I bet you could come up with an appropriately difficult example for you where kanji is slightly different but looks the same or reading changes for no reason.

The problem with these particular words is when you’re given English in anki and need to answer Japanese. That’s the point, because you need to prepare English part in a way to make you quickly figure out translation, and not get confused. So you kinda need to put in a hint there, and that’s why I’m figuring out nuance.

However, they’re pretty much synonymous

Precisely the problem with English → Japanese part of anki.

Reminds me about distinguishing these two cats. 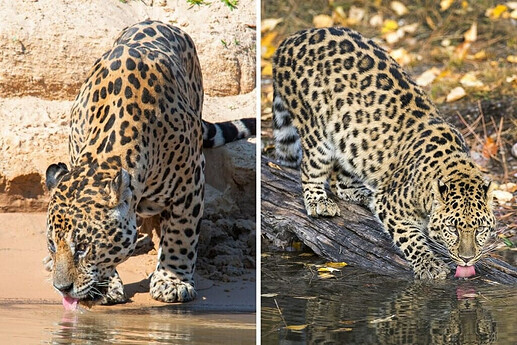 Yeah, like I said earlier, I haven’t solved the anki problem

Yeah, my trouble are mostly with Anki. In the real text I don’t find words particularly annoying.

I wanna try and rewrite English parts of leeched cards in a way that would help me figure out the exact synonym. Like translating 短所 as shortcoming and 欠点 as lacking point.

One funny example is コンクール which is translated as competition or contest in jisho org which can be confused. But apparently it comes from French concours from Latin concursus, and has Russian analogue конкурс, and when you know that, it’s easy.

The next annoying set of words are those containing 用:

Additionally there’s a bunch of 応用, 実用 and 適用. But I’m having a hard time figuring out those.

Additionally I found a fun-looking game on steam, I wonder if I could play it.

We also have the word concourse in English.

According to Wiktionary, though, it doesn’t have the meaning of contest.

Its given senses are:

concursus is the particle of concurro, a verb meaning

This site was brought to my attention: Improve your Japanese pronunciation using YouTube You type in a word and it finds videos with the word (using the subtitles in the language) so you can listen in context for pronunciation. Clever idea

Not just for Japanese, seems like a few different languages

Apparently ethnic slurs have been banned in tournament Scrabble. 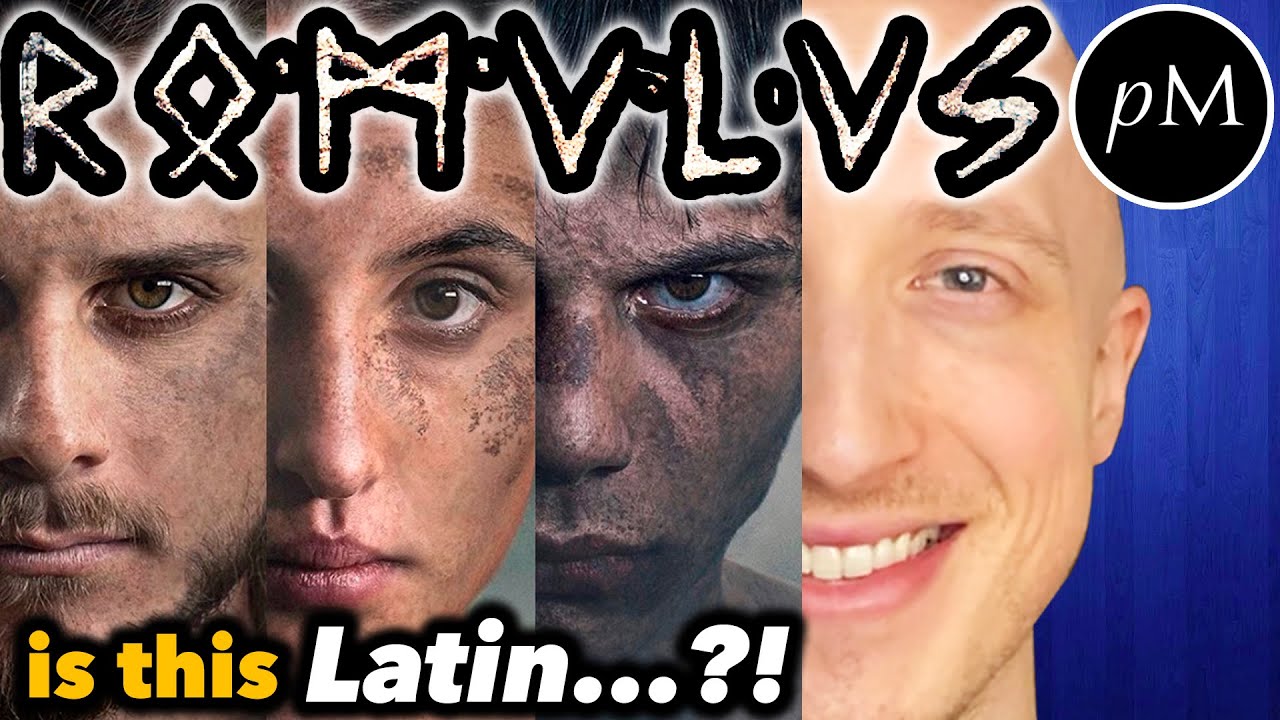 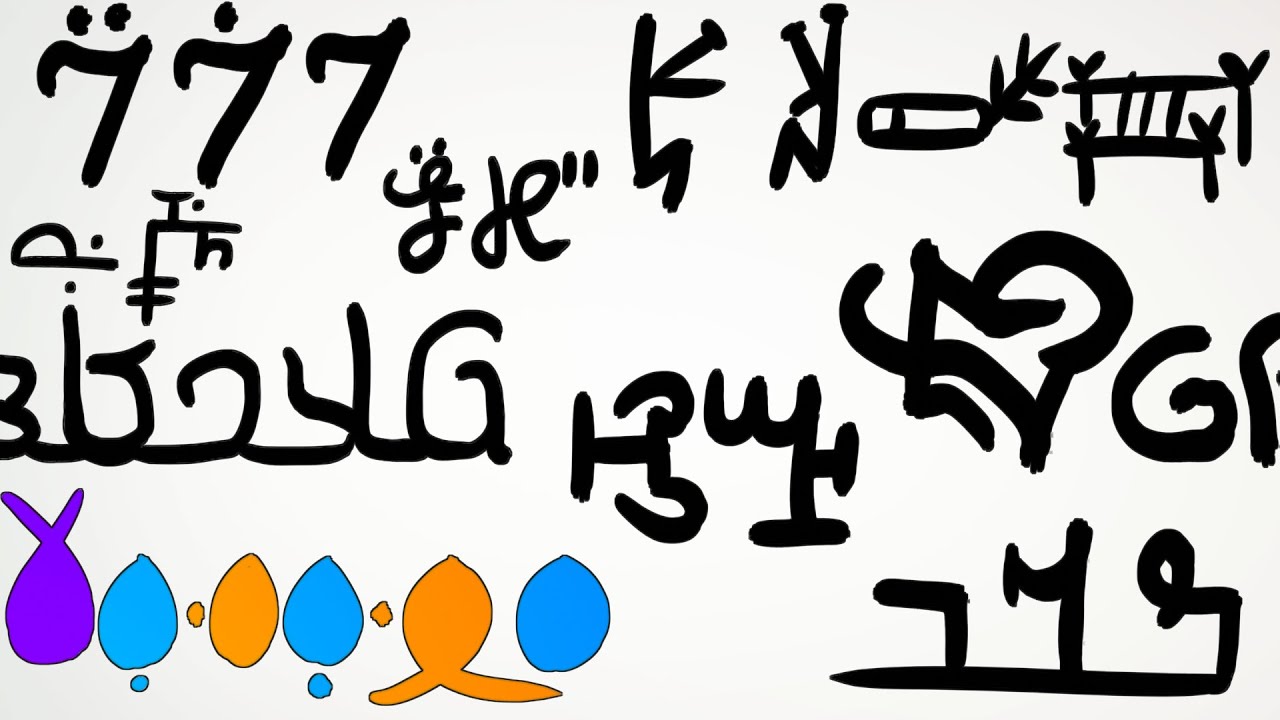 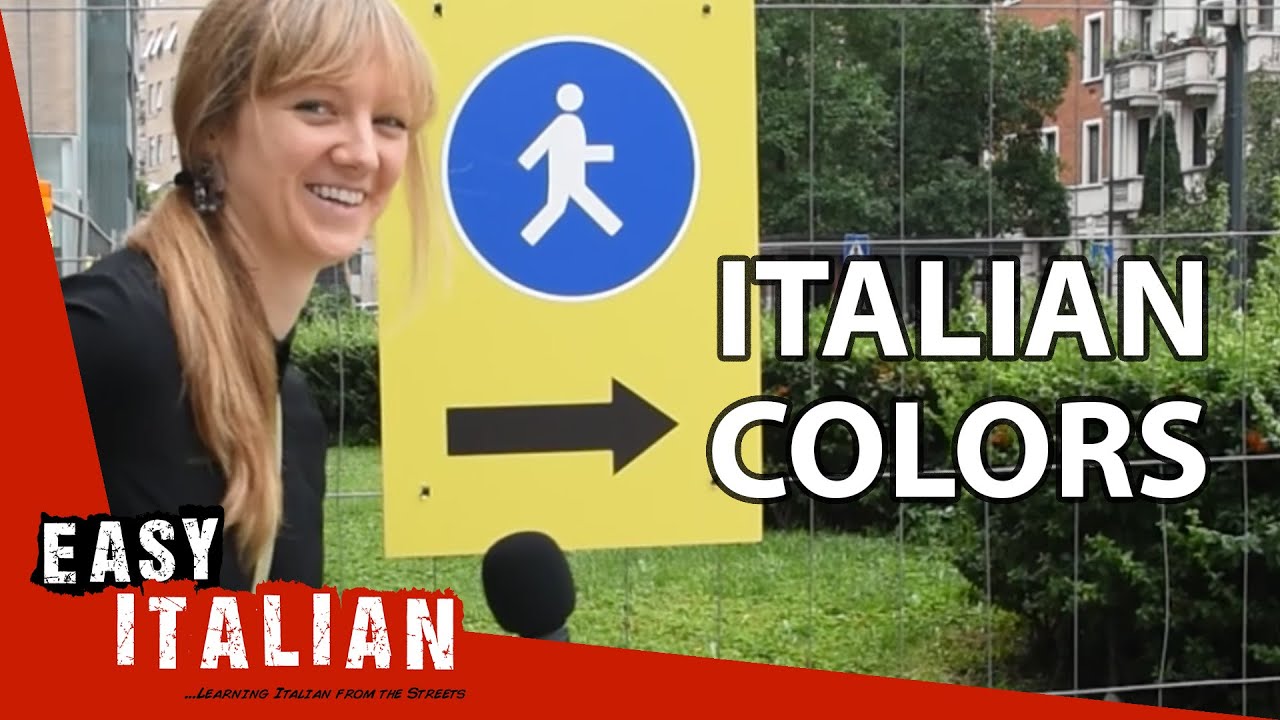 (compare The Colors of Latin) 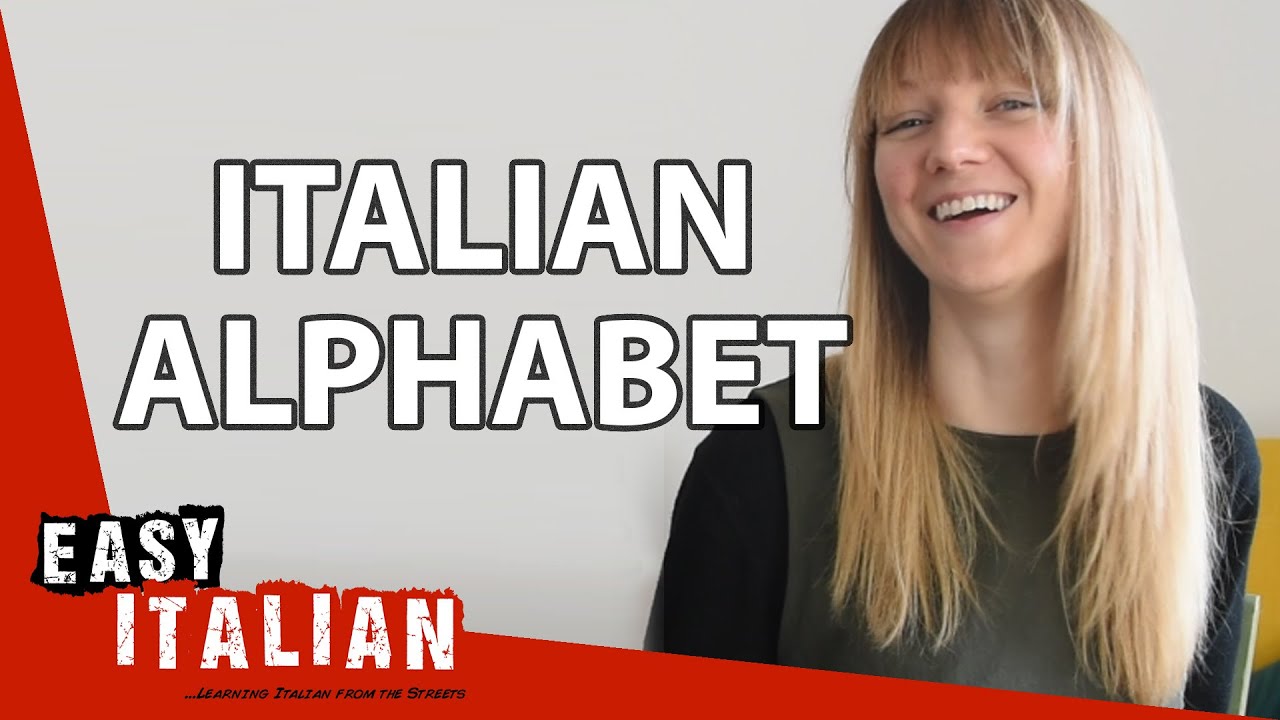 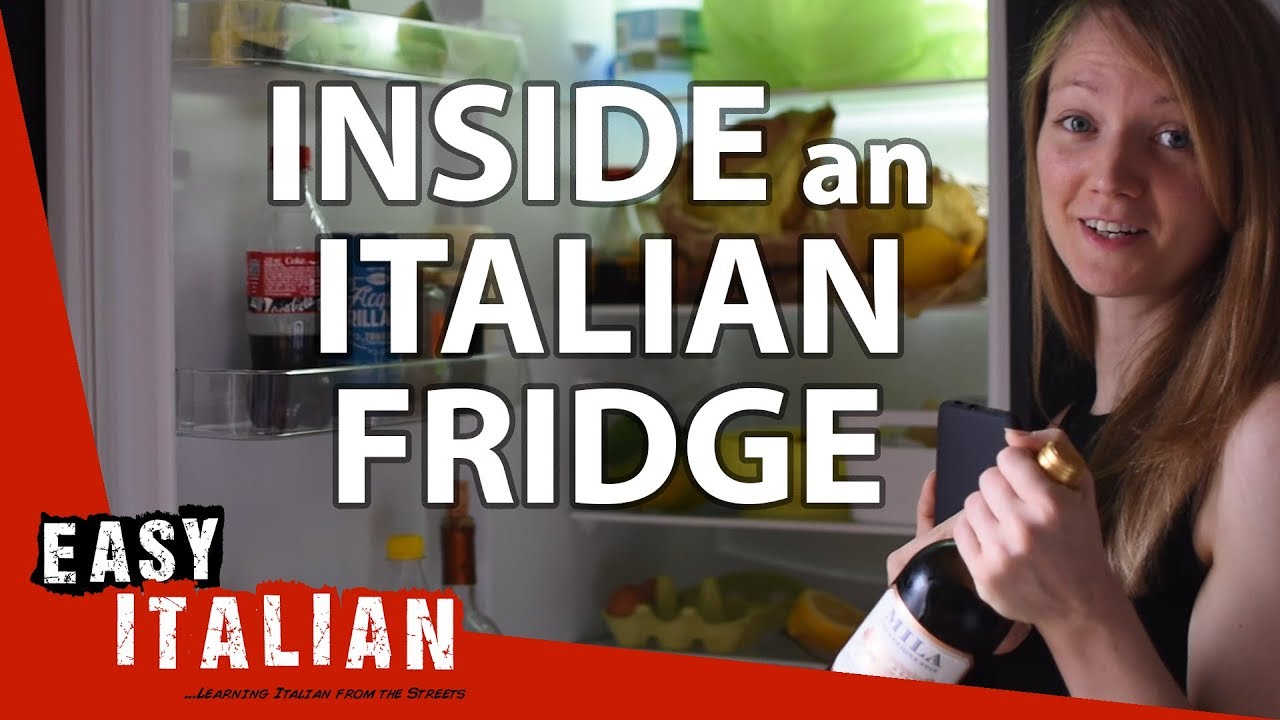 * I had to coin soja on the spot. The word in Italian comes from French soie, silk.