You’ve got right: The one with Brian, the one with the monsters, and the one with Aeneas. The others are wrong. Do a translation, too, it’ll help. Remember: the relative pronoun takes the case of the role it fulfills in the relative sentence! That means: accusative if it’s a direct object, nominative if it’s the subject, the other cases according to what’s needed. Amo Helenam, cui bonus amicus sum “I love Helena, to whom I am a friend”

This is rather good. Here, the main clause Non cavum… is elliptical; there’s no verb. That’s alright, but I would insert dico ‘I mean’, giving “I’m not talking about an ugly, nasty, wet hole”. Non cavum turpe, sordidum, umidum dico. The narrator making an appearance here is quite in tune with the “Hobbit” and also classical writing, where every story is the report of an author. Now, for the relative clause “that was filled with the end of worms etc.”, in this case, I’d simply supply a participle, just like Tolkien. If it’s too heavy, your passive construction works fine, too. Remember, however, that the agent of a passive sentence is expressed by the ablative (in english with ‘with’ or ‘by’): cavum, quod caudis (‘tails’) vermium vel odore cariei implebatur. Maybe the ablative is wrong in this particular case, because words meaning ‘full’ go with genitive’. I prefer cauda for the ends of worms, because latin doesn’t seem to use finis for the ‘spacial’ end of an animal (only temporal, if at all, meaning death) or any elongated objects.

Even better is just an adjective plenum ‘full’ with genitive ‘full of’: cavum turpe, umidum, plenum caudarum verium et odoris cariei. By dropping one of the other adjectives, you are consistent with the “rule of three” and the “augmenting members”, the first two members being shorter, the third one being augmented by another modification. Diomedes, Odysseus and foot-swift Achilleus.
vel is one of two words meaning ‘or’, the other being aut. The difference is this: The answer to “Do you want coffee vel tea?” is “Yes”. The answer to “Do you want coffee aut tea?” is “Coffee”.

“With nothing in it to sit down or to eat”, let’s break that down. "X with Y in it, doesn’t work too well in Latin. Let’s find a synonymic construction in English. “X, where Y is not present”. How about that? Or just: X without Y? sine takes the ablative of separation. Now, what we’ve got is not a thing, but a “to sit down”. Let’s try A hole, where you can’t eat or sit down. cavum, ubi nec sedere nec edere possis. The second person as impersonal you, just as in English, is very natural. The subjunctive possis is very unintuitive and obscure, but it belongs here. Relative clauses that describe consequences take subjunctive, for whatever reason.

So together, we’ve got:

Edit and note: Contrary to that I said about the rule of three, I’ll leave three simple modifiers plus the fourth, longer one. It is clear that in these sentences they are related to each other and in parallel: nasty (think of German nass, ‘wet’) - dry; dirty - bare; wet - sandy; full - empty.

Thank you @Sanonius for always taking the time to correct my beginner’s mistakes. I really appreciate it! :3

No biggie. Nobody has to learn Latin all by themself, not on my watch.

How are you getting along with your textbooks? I’m sure they’re much more structured than what we’re doing here. Translations into Latin, especially literary texts, is a university thing. 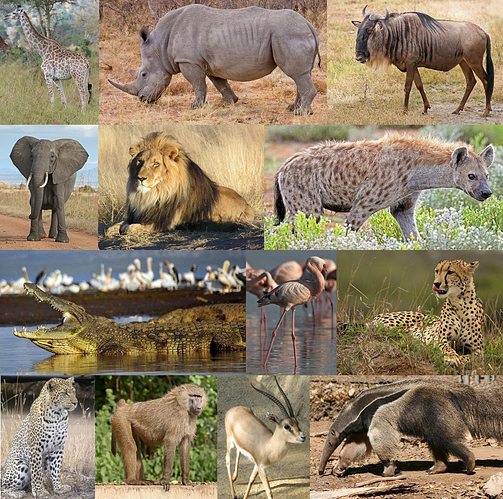 I’ll have to make sure today that all the challenges get listed in the header.

True, probably The Hobbit was a step too far

Kennedy’s Latin Primer is more of a reference book, I think. What is does it’s very good at: it gives you all the grammatical and phonetic rules of Latin in one book without anything extra. But it is quite dry reading, since all you can do with it is memorise declension and conjugation patterns.

My Collins Latin Desk Dictionary is decent enough, but actually it’s not as quick to use as what I do now, which is 1) Look up the English term on https://latin-dictionary.net/ 2) Choose a Latin translation 3) (Double-)check the meaning and declension on Wiktionary.

So you really want to learn Latin and Cornelia I need to study more to build up my grammar.

True, probably The Hobbit was a step too far

This is definitely at an advanced level… I’d like to try, but not sure if it’s useful

My eyes are always bigger than my stomach, haha

Found this on the front page of Wikipedia today, looks cool.

Ethiopian historiography embodies the ancient, medieval, early modern, and modern disciplines of recording the history of Ethiopia, including both native and foreign sources. The roots of Ethiopian historical writing can be traced back to the ancient Kingdom of Aksum (c. AD 100 – c. 940). These early texts were written in either the Ethiopian Ge'ez script or the Greek alphabet, and included a variety of mediums such as manuscripts and epigraphic inscriptions on monumental stelae and obelisks do...

XIII. There seems not to be a word.

… would be surprised if we were to find Roman traces in South America.

Anyway, all these words are of greek origin, where some of them are loanwords from Semitic or Egyptian languages. There aren’t many crocodiles and elephants in Italy. rhinoceros means nose-horn, hyaena means she-pig, phoenicopterus means ‘with wings like a phoenix’ or ‘phoenix-coloured wings’, cynocephalus means dog-head. Incidentally, there was a myth that in some far away country there lived people with dog-heads, who were also called cynocephali. myrmecophaga fits perfectly well. First declension is alright, but it needn’t be feminine. nauta, poeta and the like are masculine, too. In animals’ names, you can use often use both genders. You can say canis bonus or canis bona depending on the specific individuals sex, I believe. As a general rule, all nouns denoting living beings are either masculine or feminine or both, but never ever neuter.

Woops, I thought the giant anteater was in Africa…

If you’re bored for half an hour, read through this.

Edit: I’ve been completely marvelling at this table. To think that every one of the listings is an entire script, representing an individual language, fills me with wonder. There are 150 scripts on here! To even know a couple is an achievement.

This is a wiki.

Open invitation for @RubyMineshaft to stop in; you were learning Chinese, right?

Equum comparāvī. (horse - I bought)
II. [I don’t know this structure yet.]
III. Sed equus cūnctābat. (but - horse - it was dawdling) [Not quite what I wanted to say, but I’m trying to rely on verbs more.]
IV. Equum verberāvī. (horse - I whipped)
V. Equus citius cūrrit. (horse - faster - it ran)
VI. Equus dēfatīgāvit et quae cōnsīstit. (horse - it tired - and - it - it stopped)
VII. Equus culmum adēscāvi. (horse - hay - I feed to)

Really good, I’m quite impressed. I have to look up the proper construction for ‘trying’. Sometimes, but only sometimes, the imperfect ‘was doing’ can be translated with ‘was trying to do’, but it’s not the go-to way to describe that.

In sentence VI. I don’t see why you would want to put a pronoun, and why exactly the relative pronoun in a feminine or, even worse, neuter plural. That makes negative sense. Just say equus defatigavit et consistit. If you want to know personal and demonstrative pronouns of the third person (he, she, it, they them, this, that, these, those and so on), I’ll maybe put something here tomorrow.
In VII., the nominative makes no sense unless the horse is speaking about itself. “I, the horse, fed hay!” But to whom? That’s were a grammatical case for the receiver of a benefit would come in handy, wouldn’t it?

On a side note, up to Cicero’s time, the spelling for words ending with -uus, -uum and so on (even if the u is a v, as in naevus) were spelled -uos, -uom and so on. So Cicero would be accustomed to see equos in the nominative singular.