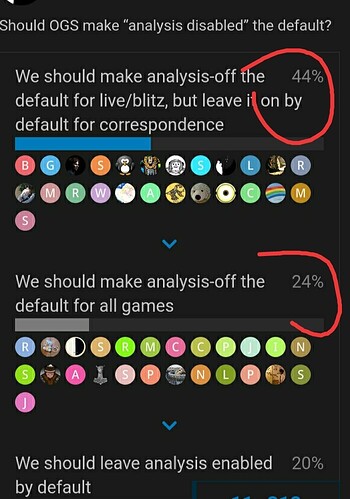 yep. eurgh I hate long threads haha, I must have been looking at a different one… hmm, two thirds is not inconsiderable I guess… for something so arguably inconsequential in the grand scheme, I guess two thirds might be enough for the switch to be flipped… but probably not too soon

it shows which regions are painted and which are not. Close to endgame it often paints most of the board, so result is mostly correct. And so, its possible to resign without wasting time on endgame.

I may be misremembering, but I think there was a decision to keep the rubbish score estimator, because a better one gave too many hints. Even a rubbish score estimator is useful for counting: it counts a lot of the board and you can then add and subtract where it’s made a mistake or where you are more confident. I still would prefer no score estimator and a better informed binary “should I resign?” button (the answers would be “yes” or “can’t say”).

I still would prefer no score estimator and a better informed binary “should I resign?” button

So, time will not be wasted.
Such button would be perfect.

Bumping this thread as once again this issue comes up and creates a very bad reputation for OGS… This should have been fixed since a long time. 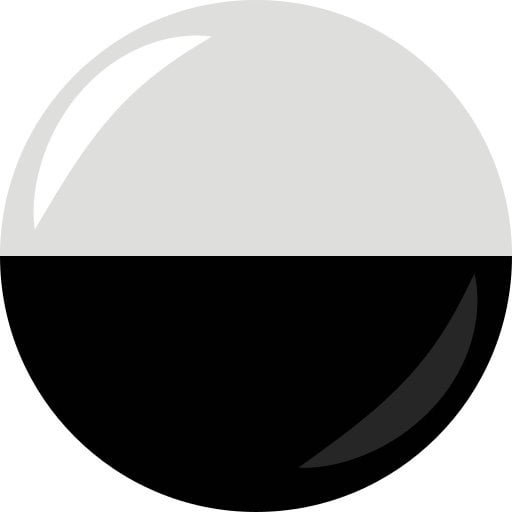 r/baduk - Ranked games on OGS should have the "Disable analysis" box checked...

Edit: Sorry I now see this discussion is also going on elsewhere so perhaps bumping this was not necessary. But eh at least it’s the main thread so I guess it’s relevant.

Apparently I’d written a reply but never sent it. So… here’s my 2-year-old reply:

I’m with Uberdude on this one.
I’m seeing a lot of back and forth, but it’s mostly people disagreeing what the basis for a decision should be:
Normative (based on principle) vs Descriptive (based on what we observe).
“Allow, but disable by default” changes nothing about what people can do in their games, but follows the principle of sane defaults, based on OTB . OTB matches are difficult to analyze separately and

There ya go. No idea where I was going with that.

So, I got idea how to make analysis off by default, but don’t do situation bad for analysis likers:

That way wait time will not be increased for analysis likers, because most users don’t change any settings anyway.

Edit: I misread something. Disregard.

That’s a patently bad idea. You’re incentivizing live analysis against the preferences of most players (according to the admittedly non-random forum sample).

with my idea most games will have no analysis and anyone can do it so that they never encounter game with analysis. But those who like analysis will not suffer.

Poll was about default , not about forced

I was aware that it’s about the default. Currently 71% for OFF.

@anoek, please address this, it’s pretty farcical now. If all the time people have been spent talking about this on various forums had instead been spent working a minimum wage job and donating the proceeds to OGS, you’d probably have received more money than subscriptions in a year.

FWIW folks I hear ya, and the change will be made, looking at a couple of weeks out at the moment.

You are a hero! Really appreciate the effort that goes into this site.

6 posts were merged into an existing topic: Ranked games should have the “Disable analysis” box checked as a requirement

Closing so that anoek’s answer doesn’t get buried with further discussion.

FWIW folks I hear ya, and the change will be made, looking at a couple of weeks out at the moment.