Noob_bot says I am cheating

Please use the “report” button in the right hand pop-out dock to report inappropriate chat in a game to moderators.

Or use the report button at the top of the PM dialog if it was PM.

Note that bots are controlled by their owners, who can manually make moves and chat comment.

The same rules apply to them as any other player.

Thank you for your reply. However I cannot start any game against this noob_bot. The message is not in the chat. It pops up ir I try to start a game. This is the message:

“ You (mgpensar) are not allowed to play games against this bot. Because you cheating. If you have any question, please contact my administrator”.

I guess I might have done something that is considered cheating but I have no idea what was it.

I think in this case the ideal thing is to click on the bot’s name, then press the “report” button that pops up, and describe what is happening there, for moderators to look at.

I suspect that OGS does not want to have Bots telling people that they have cheated … right @BHydden @Kosh ?

Is it because you’ve played too many games against it (just a hypothesis, I have no idea what’s going on)?

Surely the first step is to contact the bot admin directing from the bot’s profile page to find out more details? 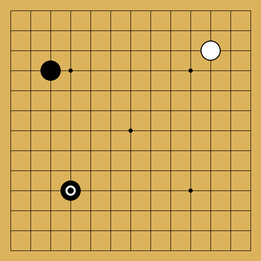 As the chat of this game suggests, you resigned too soon and this was considered cheating by the bot. It is also stated in the description of the bots that three offenses result in you being blocked.

Ah, it thinks you are intentionally lowering your rank for sandbagging?

I did not know resigning too soon was considered an offense. Is it possible to be unblocked ?
Is there a list of what is not allowed ?

I always try my best. I have not studied anything and I am learning on the go. Which means I am really bad at it. I do not know what sandbagging means in this context. I have no interest in faking or cheating anything. 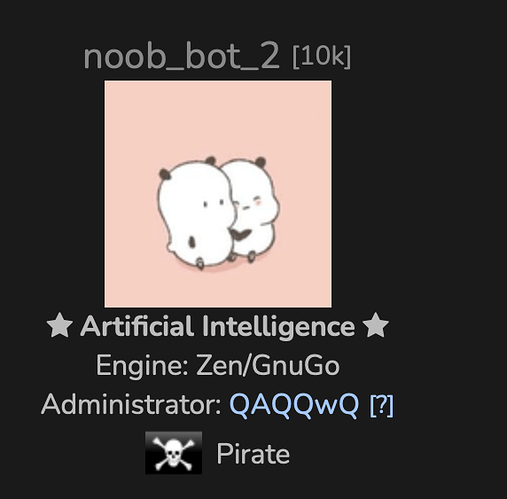 you see who is administrator of bot.
Contact the admin and explain the situation.

Thanks. I have sent some messages.

That’d be up to you I guess.

Personally, I don’t think bot owners should be supported in telling people that they are cheating at all.

A somewhat similar precedent is that a particular user was not allowed to post a list of people they felt were cheating on their profile, IIRC…

… using OGS bot client logon decline dialog to pass on this message to a user seems to be something I would have thought we would not want - it’s worse than a user PMing saying “i’m not playing you, you cheat” (which I’m not sure we would tolerate) because in the bot case it looks officially from us…

I think it would also be nice to be notified when we do anything wrong. I would be immediately educated on the subject and not repeat the mistake.
And it is indeed not nice to be called a cheater, even worse when we do not know why.

Users, including bots, are allowed to block anyone they want. I would consider giving the blocked party a reason why the game isn’t being created rather than just letting it fail quietly a kindness rather than an offence.

I think it would also be nice to be notified when we do anything wrong.

As noted above, the bot does notify you in game chat when it believes you have violated the rules chosen by its owner.

Maybe the bot owner could change the wording. Instead of talking about cheating the chat should say that resigning early distorts the rating system.

I think it would also be nice to be notified when we do anything wrong. I would be immediately educated on the subject and not repeat the mistake.
And it is indeed not nice to be called a cheater, even worse when we do not know why.

If you look in the chat of the game @terrific linked

[12:26] noob_bot_2[12k]: You resigned too early, marked as cheating behavior. If this is an incorrect result, or you have any question, please contact my administrator

Instead of talking about cheating the chat should say that resigning early distorts the rating system.

This could be an improvement, and indeed would align more closely with the official warning a moderator would give for this behaviour. I think it’s worth pointing out that this isn’t just an arbitrary rule for this bot. The punishment in this case is entirely the discretion of the bot owner, however the offence (resigning non-games to manipulate ranking) is an action which if repeated can lead to a site ban.

For explanation: every OGS player has a rating. When you win, it goes up, and when you lose, it goes down.

If you resign early, this will lower your rating, even though you were not really defeated on the board.

Later, you might play against a 25-kyu player who thinks they are getting a fair chance against an equal opponent, while actually you are underrated.

If done intentionally, this is sandbagging and not allowed here.

The bot owner just calls it “cheating”, but actually means “any unsportsmanlike behavior”.

You are all good. Just let the bot admin know. You’ve played hundreds of games against those bots. Occasional early resignation is understandable.