I know, I looked it up too and submitted it to LZ after sharing my thoughts

I couldn’t wait to see how wrong I was…
I am just saying it would be better timing to share it after the studying time is over. Or use the hiding option just like others have been doing in this thread.

i think this was a case where a proverb got in the way. “Dont push from behind” hammering in the back of my head kept me from giving J8 a fair chance.
looking back at it, i stand by my original verdict (i cant really see where it would lead in the centre) but i can also see why it could be good. if white struggles too much, securing a base will become urgent.

Board 3 is up. Please share your analysis if you want to practice with us. 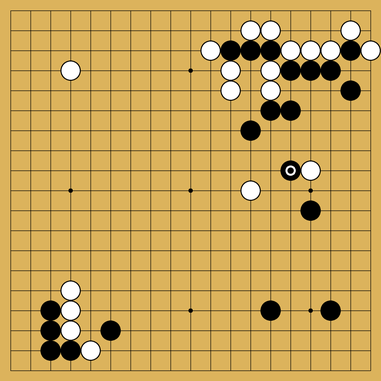 I had already reviewed the game before you posted it, so I’ll wait for the next one


this one seemed rather straight forward, which is probably a bad sign 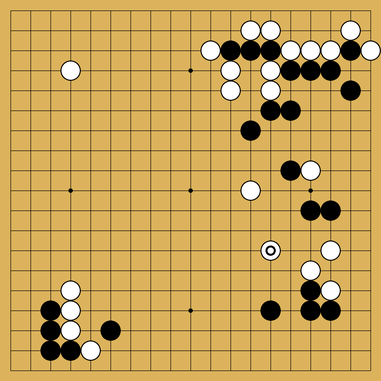 
Next board will be an older game. Others are welcome to post boards, too, so long as some time has gone by and there’s been sufficient engagement with the current board.
3 Likes
SanDiego December 31, 2018, 8:01pm #38

Thanks @mark5000 ! I think we had a nice study group here and I enjoyed reading others’ analysis.

Board 4 is up. Please have a look at this classic game and share your analysis. Also note that komi is 5.5, in case that affects your analysis. 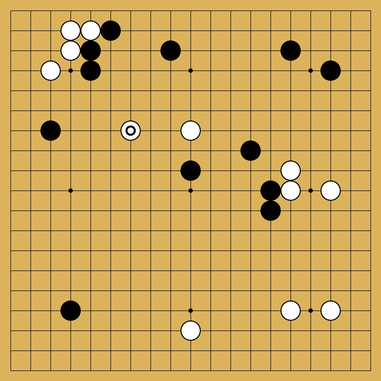 note that komi is 5.5, in case that affects your analysis.

Thanks, I almost missed that

Here’s my analysis of Board 4 (I am mid-SDK.) I think I got preoccupied with White’s moves instead of Black’s (and with writing explanatory comments,) and I found the 30 min time control a bit difficult. But I came up with a few main ideas:

By the way, great idea, Mark. 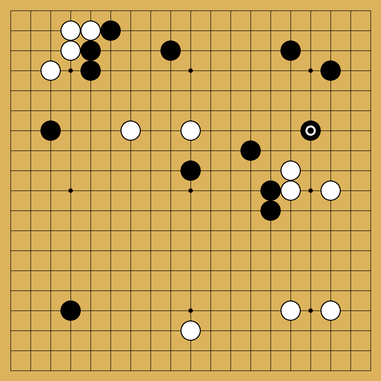 here is my take on this fascinating position