Please stop blinking the time on the weekends

All of this previous comment is a well rounded argument, and in general, I’m inclined to agree.

Would it be possible to disable blinking of the timer on correspondence games? It’s very distracting and it blinks even when I have days left to play. Thanks.

I still feel like it should NOT blink, since blinking things are visual signals on urgency of some sort, and clock being paused for weekend clearly is not an urgent matter.

Maybe just keep the clocks grey during weekends, instead blinking between normal and greyed?

I personally don’t see a problem with the blinking, and it has never distracted me. That being said, just because it does not bother me, does not mean it bothered other people.

But… If we were to change this then I have two suggestions.

Noooooooooo… I have a thousand games running, and 999 of them are set to pause on weekends

Thats a good point… i have a good twenty something games going on myself, odd, that i didnt think about that.

Alright, I had to head over to the uBlockOrigin reddit for support on this one. Turns out that you can use this extension to set permanent filters that change CSS values on a website. And the pausing activity is part of a CSS style. This very well likely works with other ad blockers, but I haven’t tried anything but uBlockOrigin. Enter this code into the “My Filters” section of Settings and the blinking will stop

well yes, but (^^), since urgency is something you can only determine by checking first, thats not the point is it? in the context of electronic devices blinking means “look at me” (just like, in general, any event other than a non-event will draw peoples attention, unless they dont have the capacity atm). we can get used to ignoring visual cues like blinking clocks, because we have learned that there is really nothing going on, but if nothing’s going on… then why is the clock doing something?
in the context of clocks and especially countdowns there is the added strong meaning of time shortage.
in that spirit, it makes sense for a clock to be blinking when a player is in byo-yomi and needs constant reminding of the time. in the opposite case of a game-pause, where time is least important, it is unexpected for the same clock to be blinking as well.

we already have the text saying “game is paused” and the coloured button to resume the game. they tell me that indeed the game is paused

imo this cue is not only superfluous (people ignore it at best) but potentially distracting, because it is used for another situation, where constant attention to it is actually important. it should be removed.

There is no coloured button or separate text saying “paused” for a weekend pause.

There is a small text saying “weekend”, but that is in the place of the time-clock, and you probably have to actually look at it to notice, unless some blinking draws your attention to it.

Yes. Are you looking at a game that pauses on the weekends?

I checked with Firefox on Windows, Firefox on Linux, and Safari on iOS. All three are blinking.

Chrome, Firefox and Safari under OSX and Android (not Safari

Whoa, I went to one of your games and it is blinking, for me as well!

Devs, here’s some debug info for you.

This is a tournament game. The span element surrounding the clock has the CSS classes “Clock black paused in-game-clock”. It’s blinking. 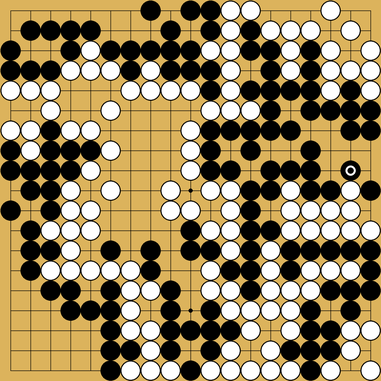 This is a non-tournament game that pauses on the weekends. Its span surrounding the clock is using the CSS classes: “Clock black paused-correspondence in-game-clock”. It’s not blinking. 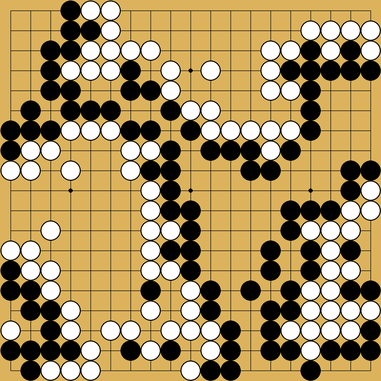 Upon a little investigation, it doesn’t seem to be related to whether or not a game is a tournament game. I’ve found weekend paused non-tournament games that blink and others that don’t.

Just an FYI, my solution still works on the games that @Bray linked above. Perhaps that specific line is the culprit?

I think I see the problem, I’ll get it fixed first thing monday if I don’t have a chance to sit down before then

OK I think it’s fixed for all cases now, let me know if that’s not the case