Have you seen this ridiculous creationist argument about how God intelligently designed bananas exactly as they are now (conveniently neglecting the millennia of human domestication)? 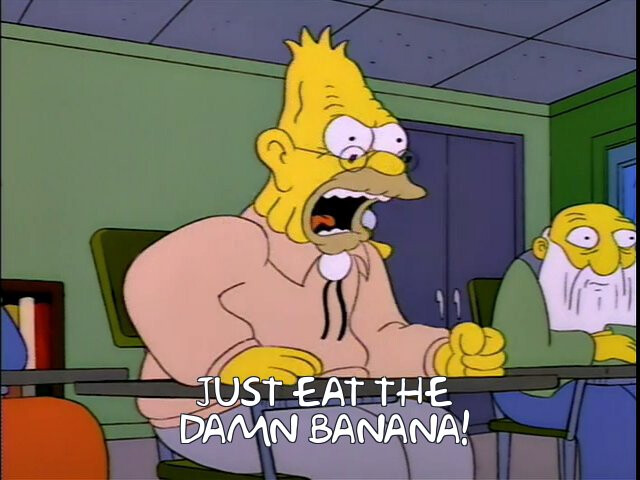 My wife is making me watch “the queen’s gambit” and I can’t help but wonder how it would be if it centered around Go and not chess. Mainly, what would it be called? “The high Chinese”?

“the monkey jump”? I don’t know, I think Go has some very nice names for many concepts and shapes. If we make a show called Empty Triangle, we could have some comvoluted lovestory as a side plot. Peeping at the Tiger’s Mouth. Not bad either.

I wanted to respond yesterday, but took a whole day to find a particular book in my collection. I was stupidly looking among my archeology books, when it was actually logically shelved among my native American culture books.

I think most people today would find the Inca (today often spelled “Inka”) culture intolerably totalitarian. They had a religious police that was at least as oppressive, or even more so, as those that exist in some Muslim countries today. The Inca religious police had virtually unlimited power to go into homes and largely do whatever they wanted on the pretext of a religious violation. The Inca culture was also highly imperialistic.

I don’t think that the development of a communist system among the Inca is that surprising. Most primitive societies are communal, commonly with sharing of food and tribal lands. This admittedly tends to evolve into a hierarchic structure of kings and ruing elites. But in the case of the potlatch cultures (most notably in the Pacific Northwest and in New Guinea), we see the retention of a quasi-socialistic society under the rule of a “Big Man,” although the social dynamics involved are quite different from modern societies (with our rigid, empowered hierarchies). This leads me to think that the Incas may have sprung from a potlatch culture. This is my own speculation, as I have no idea what the modern scholarly literature says, or whether there is any specific evidence of that idea.

I have read modestly about the Inca, as part of my wider reading in cultural anthropology and exploration. I started with Von Hagen (at age 11) and Prescott, and subsequently read several accounts from the Conquest and early colonial period. The best, and I think the most important, is Narrative of the Incas by Juan de Betanzos. This wasn’t fully translated into English and published until 1996 (University of Texas). I read it a few years later. It is, I think, probably the most reliable of any source due to the pedigree of its sources. The author, who finished it in 1557, was the translator for Pizzaro. His wife was the niece of the last Inca, Huayna Capac, and was married to Atahualpa when she was 10. Consequently she was a fount of Inca history and tradition. It is most important, I think, for its picture of the Conquest from the Inca point of view, especially resolving the long-debated issue of whether the Incas really thought that Pizarro and his men fulfilled prophecies and were therefore god-like emissaries. Betanzos says that Atahualpa’s advisors were split on the question and that Atahualpa fatally dithered. In addition, there were political rivalries that undermined united action (because Atahualpa himself was a usurper). Had they acted quickly, they could have easily annihilated Pizarro.

I’d say the Queen’s Gambit opening was chosen (for the book) both because it’s quite a catchy title and because the main character is female which the word ‘Queen’ harmonizes with to some extent.

I don’t think we have great Fuseki names for any gender, unless you’re making a film about Shusaku or Kobayashi or something like that.

Some actual nicknames of players were discussed in this thread Comprehensive list of Pro player's nicknames?, but I’m sure one could make one up for a fictional character.

I don’t think this applies to the Inca.

I will look into the rest of the sources, see what I can find.

I’d say the Queen’s Gambit opening was chosen (for the book) both because it’s quite a catchy title and because the main character is female which the word ‘Queen’ harmonizes with to some extent.

I agree with this interpretation. I’d also add that there’s a subtext in that the gambit itself is a high-stakes sacrifice where you put everything on the line, much like in the series. You win or lose spectacularly.

Is there a way to make the game icons any bigger? I mean the ones in Chat or within the chat in a group specifically?

Resizing things doesn’t seem to help, nor really zooming in with ctrl+

Did you know this?

The Little-Known Story of the Birth of the QR Code

The invention of Aichi manufacturer Denso, QR codes are increasingly important to our lives. We talked to the firm about the history and future of the technology.

For the lazy ones, this is the core sentence:

“I used to play go on my lunch break. One day, while arranging the black and white pieces on the grid, it hit me that it represented a straightforward way of conveying information. It was a eureka moment.”

Well, not much of a question, but isn’t it rare to have a “Go spotting” moment and the board shown is not a random assortment of stones, but an actually valid game position? 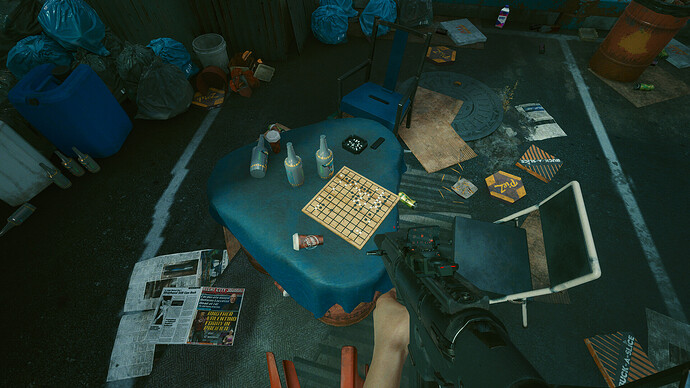 Spotted in the game “Cyberpunk 2077” by a friend, in some random location (which makes the dedication of the designers in actually making a valid game, even more impressive)

It is just a graphic’s glitch, I think. The stones are positioned as if there are 19 lines, actually, which is why I didn’t notice the lines missing

well, there is way to change it anyway, but vote results will be lost

What do y’all use for storage, mainly photos (iphone users need not apply

)? I got the mail that Google is cutting up storage and deleting stuff because reasons, and I got reminded I need a better option.

Google Photos has refused to backup my photos forever, and the official Google Support answer was that my account was too old (?!?!?!) to take on some few features from a few years ago, so thing won’t work (yes, even in Google One).
Dropbox syncs photos from my cellphone or not, I have to check moon phase to tell.

I haven’t found any alternative where the price isn’t ridiculous or the storage too small.

I presume Google is doing all this in relation to the outage the other day.

Imagine if they weren’t just storing tonnes of personal data on everyone, most of which I imagine is unwanted, and just focused on storing the info/docs/pics etc people want stored

In any case, what about Dropbox? Is that expensive?

I presume Google is doing all this in relation to the outage the other day.

Google planned and announced these storage plan changes well before the outages and I think the two are completely unrelated.

The big change is that Google currently allows unlimited storage of photos and videos (via their Photos app), provided that they are recompressed by Google (with minimal quality loss), that does not count against the storage quota of your account. However, starting June 1, 2021, they will start counting all new photos and videos stored via Google Photos against the user account’s storage quota. Accounts have 15 GB of free storage, but many users might use that all up after a few years (or months) depending on how much content they generate and store.

It’s remarkable that it was free unlimited photo/video storage to begin with. I think the motivation behind that was to collect a lot of data to feed their machine learning systems, but now they have more than enough data and don’t want to continue giving away free storage.