What about Lacunar Go or Lacunal Go, or just Hole Go?

Maybe something like hole go + flexible Komi, or hole go + pie rule might be better, I dunno

Here you go, I changed the name, but I abused my power as creator of this topic to overrule your suggestions

I’d be up for playing one

Let’s try this board: 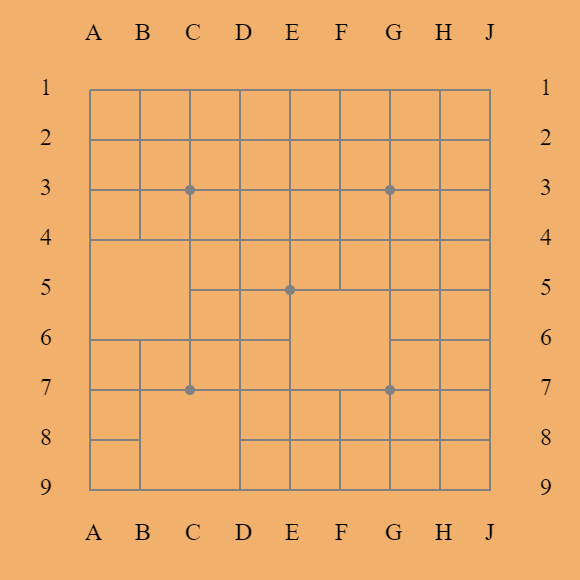 I guess I’ll go for Black. (I was tempted to play White because the first move looks tricky to pick 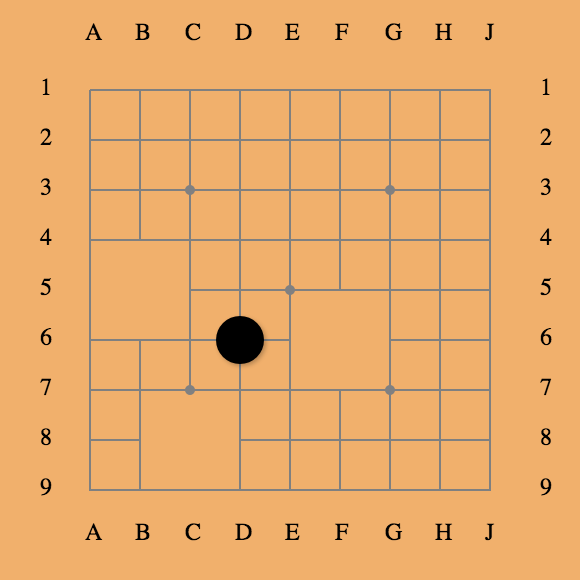 I see you make the image clickable, after I went to manually make it

Maybe this has already been discussed, but I want to make some points here about the possibilities of islands (i.e., disconnected graphs) with this variant.

With just two holes, it’s possible to have an island of one point

In the below board (https://shinuito.github.io/9x9board.html?neu=a2b1), A2 and B1 have been removed, leaving A1 as a one point island (even though it is not marked). 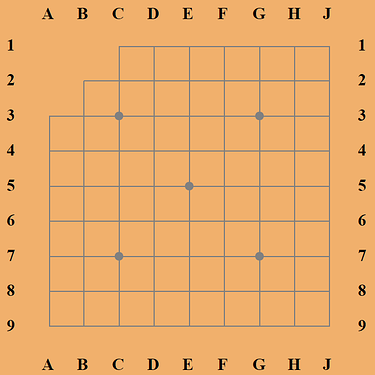 For this board, playing at A1 would either be impossible (if suicide is forbidden) or strategically pointless (if suicide is allowed). Hence, one-point islands are also effectively removed from the board.

A three point island is a gote endgame move

With three holes (https://shinuito.github.io/9x9board.html?neu=a3b2c1), you might create a three-point island

Here, one player should eventually play at A1 to secure that island in gote, so this would likely be played only in the endgame.

A two point island can be fought over by superko

We could also have a two-point island (https://shinuito.github.io/9x9board.html?neu=a3b2b1) 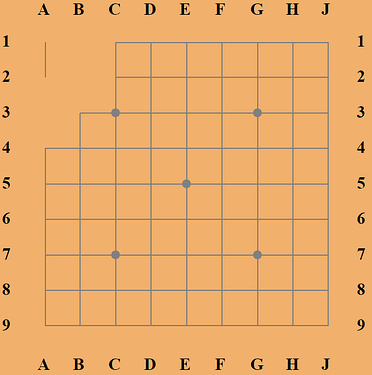 In this case, the players could fight a ko over control of this island, but it seems that the only way this fight could ever be resolved is for superko to eventually prevent one of the players from retaking (without making a self-atari eye fill elsewhere). I think control over this island might just go to whoever has the most territory minus group tax on the rest of the board. If the score is close enough that group tax and control over the island makes a difference, then maybe the presence of this island effectively converts the game from area scoring to stone scoring??

Starting play on this island might also behave like a ten-thousand year ko, since the first to play has to find the first ko “threat” (which can just be any legal play elsewhere).

Larger symmetric splits can lead to a fair game (0 komi)

With more holes, it could be possible to divide the board symmetrically, for example: 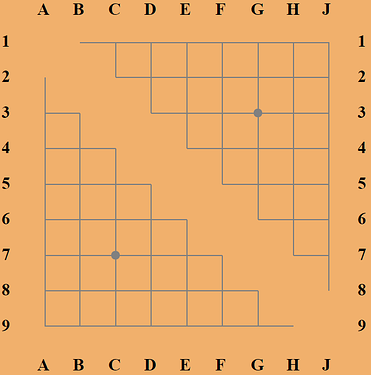 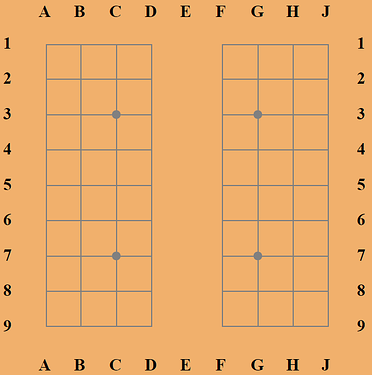 In these cases, White could always play mirror go to produce a tied result, so the fair komi should be zero.

In these cases, White could always play mirror go to produce a tied result, so the fair komi should be zero.

Now that you mentioned this I have a confession to make. I conducted an experiment in the Alan Turing Nines Title Tournament 2019.Here are the relevant games:

Please don’t ban me, I swear I didn’t repeat this! 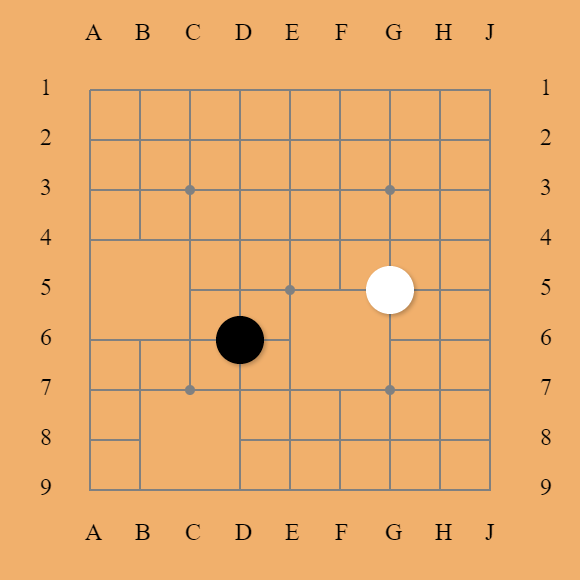 (The board is very confusing, I just plopped a stone down wherever for my first move) 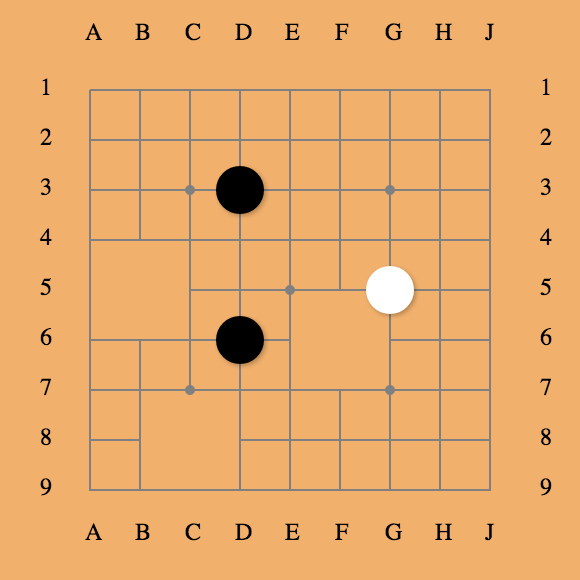 @yebellz examples are really interesting, I hadn’t really thought about it, especially when trying to make a semi-functional editor of sorts. Definitely some things one should think about if interested in making a proper workable version. The ones with fair komi of zero are interesting from a theoretical standpoint too 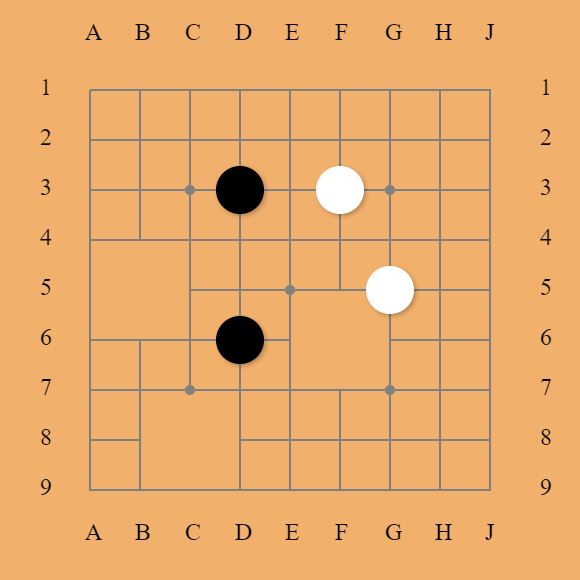 G7: (to be greedy and see what happens) 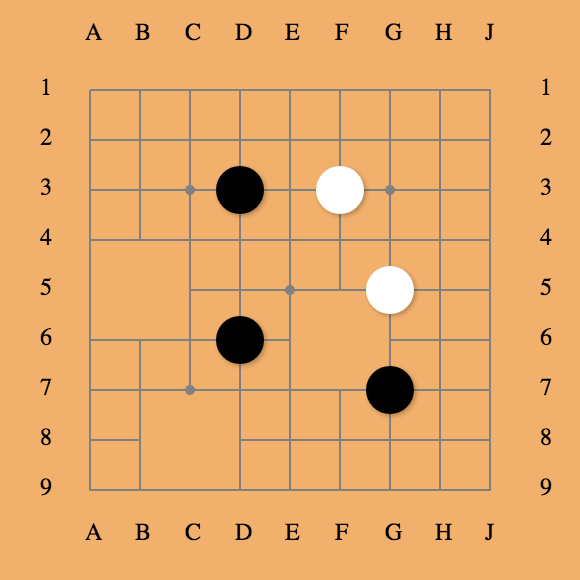 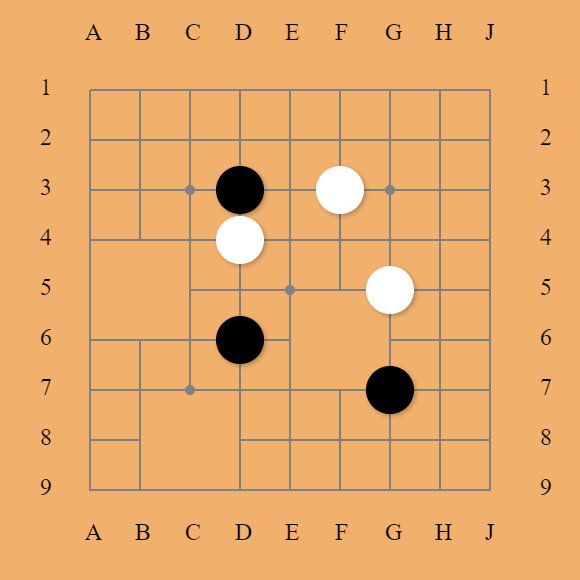 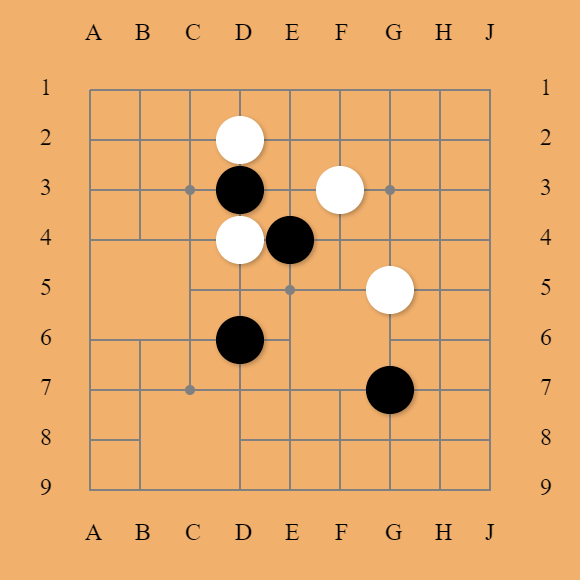 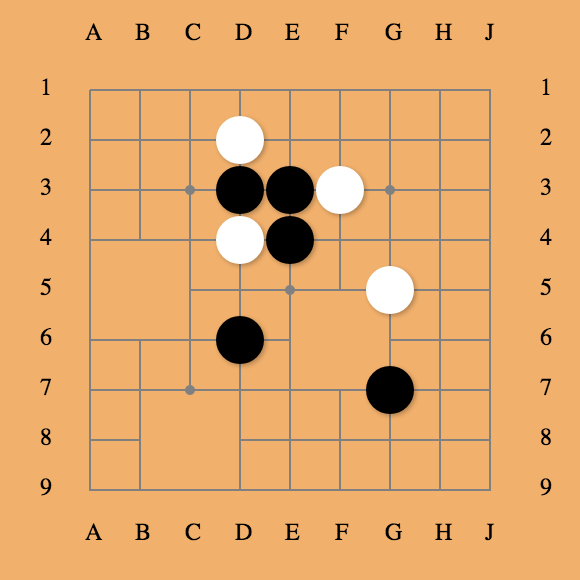 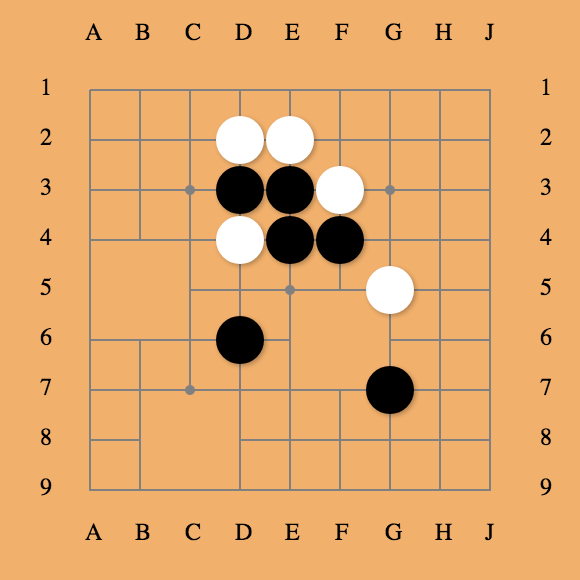 F4: I have a plan, but it’s not necessarily a good plan

This result looks a little too good for black… 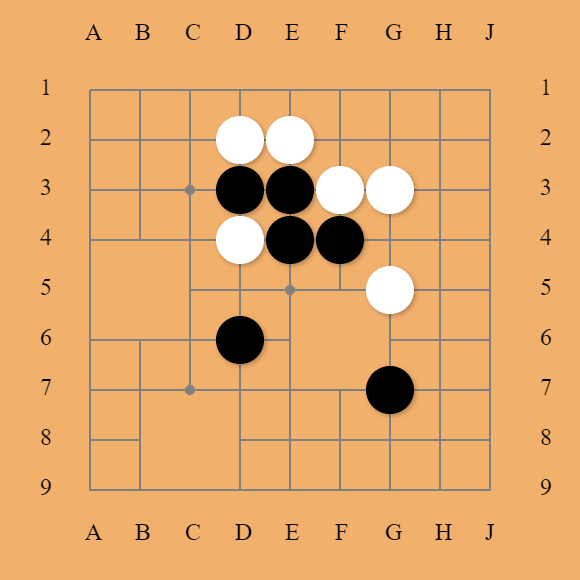