Speeding up OGS around the world

Maybe not show ads for the first two days of a newly signed up player to not scare him away?
That feels a bit like cheating in some way though.

As for what area you should focus your improvement efforts, I’d say go for the areas where there are the most number of potential players, which I appreciate might be a tricky thing to calculate. (Are there areas with a large number of go players but fewer options for go servers, for example?)

For what it’s worth, I mostly play correspondence games from the UK. I used to find it quite clunky, but it has definitely improved. My cheap laptop can’t always keep up, so I tend to go on vacation if I’m going to be away from my desktop computer for any length of time.

Ads on the game page would be a deal-breaker for me. I play most of my online go here, but a bit at KGS and DGS. If I had to look at ads, I’d go elsewhere. The one exception would be an ad generated by OGS for a limited-time fund-raising campaign (similar to what Wikipedia does, say) seeking one-off donations.

As someone who occasionally lives in the red region, I think it’s just a wrong assumption that people in the slow connection region would like to have a speed up in exchange for the watching Ads during game. This might be a bad exchange. (The poll might not say much, I think most people answering and posting here are living in the green or yellow region so it’s hard for them to gauge how bad/good the orange/red regions are. It’s not that bad to be honest, especially compare to 2 years ago, even then I still managed to play on OGS ) I think we can compromise the speed a bit and have with no Ad during game (only after game/in demo board) , that would be better.

Also, there’s not that much support /community for non-English speakers. The Help channel is basically all English and almost all of the moderators are from/living in US/Europe. The forum posts is all in English as well… It might be hard for us here to see it but to many people in Asia who don’t speak English well, OGS is way too foreign. I’ve been playing on OGS for 2 years and as a native Chinese speaker, I’ve met only a handful of Chinese-speaking players. I’m sure there’s quite a sizable population of Chinese speakers but it’s just extremely difficult for us to find each other under the current system.

The two ad banner most of the browsing pages have are fine. They are not too distracting and fit in well with the rest of the design. Maybe there could even be a third banner.

But I just had a animated banner on the actual game page and it is a disarster!
I could not focus on the game properly. Then I tried to hide it to the left site of the desktop but thats not a good solution.

Maybe non-animated ads would be ok on the game page, but the animated banners there are a no-go!

Edit: Also with an ad left of the board I can’t review the game like I used to before (with leela on one half of the screen and the actual game on the other half). The game now has the same size as the banner

Wow, really. Take it off. This is a completely wrong move. This won’t help improve OGS.

No, no, no! Guess I will be moving soon.

Edit: you can turn it off in the settings, but still the whole idea of putting ads on the game page is blasphemous.

On desktop there’s plenty o’ space and I can hide it in Zen mode anyway.

On mobile, Zen mode doesn’t obscure it and it takes precious real estate from the board display which is already hard to use when trying to enter moves on 19x19.

Seriously, no new players (and probably very few of current players) will poke around in settings to see if it can be turned off. They will just decide they do not like it and try playing elsewhere. This will probably improve speed more then excpected since there will not be many players, but I do not think this is a good direction for the server.

Do not take the poll at the face value. The qustions were asked wrongly, and it does not take into account many other variables. I will shut up now, but please, think about it one more time. I would go as far to say that the poll result is completely irrelevant and I stand by that claim.

Gosh, I really didn’t expect you to actually do it. I’ve tried over the past 24 hours to suggest alternative ways to generate revenue. Some good ideas have been put forward. We’ve had less than a day to discuss them.

This poll feels a bit rushed. The questions were poorly worded. Discussion apparently not particularly important. It was presented as a potential planning point but here we are, barely 24 hours later, with adverts on the game page!

You’ve created something here. Don’t you have a responsibility to nurture it? You’re being careless.

I just turned the game page ad off in settings, which partially improved the tiny board problem in analyse mode on smartphones, but only a little bit… the board is still unusably small.
I really really really hope this is a glitch, not a strategy, as it completely ruins the site for me.
If it remains this way I will play elsewhere instead, which will sadden me as I love ogs.

I filed the board size issue as a bug on github. 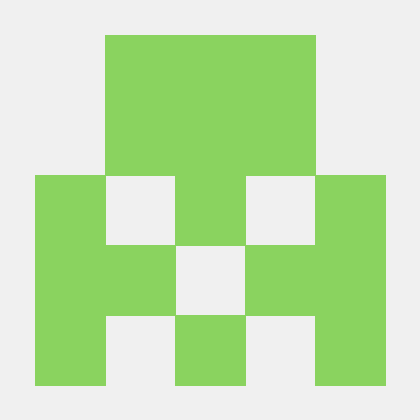 Issue: Board not maximally sized on mobile devices

Thanks Mark, glad to hear it’s a glitch.

The ad probably shrinks the board size on all devices, not just mobile devices. It certainly does on my HP laptop, which has a reasonably large screen, using Firefox, which has excellent display. As an old guy who has had poor eyesight since I was 11, I can’t play on the shrunken board. Therefore, I went to settings and turned off the ad, which restored the board to its original size.

And back to the topic of the server.

I wonder if another server in Asia would even help to speed up the connection if the problem is a band width problem, UNLESS both players are in Asia and connect to the new server.

You can show as much commercial as you want. All your good right to earn some money with your work

As long as it doesn’t blink and/or change appearence every few seconds, can’t concentrate in games with that.
Which is why I needed to turn it off.

I would become a site supporter in a heartbeat if there were a way to make one-off donations.

This is not the first time I’ve seen a sentiment like this in the forums. I also dislike monthly deductions. People are ready to donate with some flexibility on how and when. Please implement one-off donations. It’s the easiest, least obnoxious way to improve revenue flow.

This whole thread has been obsoleted by the Ads, OGS, and you thread, closing