Top 10 coordinates are in the center for more than 100 moves, but then: 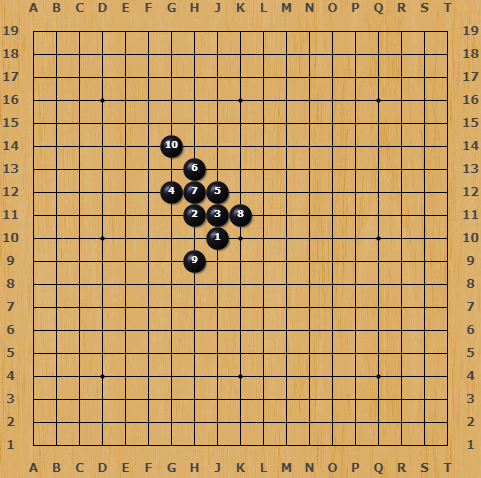 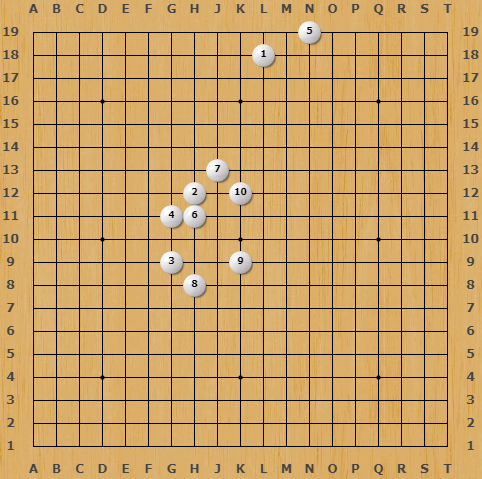 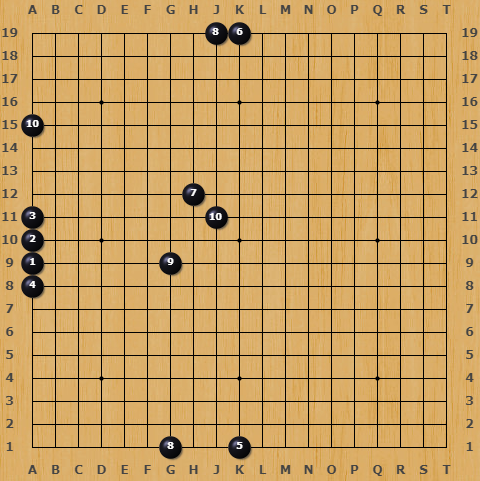 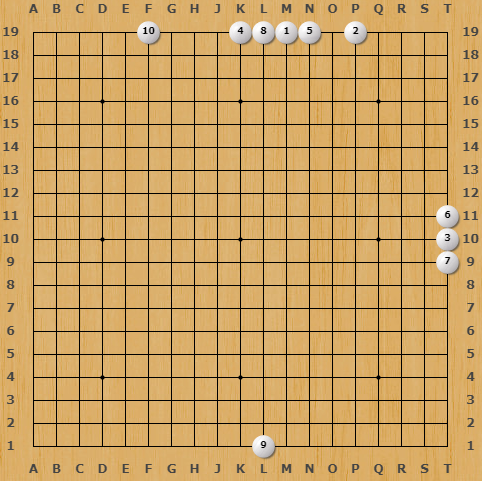 …it ends so fast and abruptly.

Maybe we need more than just relative frequency with different color, but relative click amount with different circle size, so it would be a better indication of the actual distribution (maybe a log-scale factor for relative size, so they won’t disappear with less than 1 pixel)

They just don’t have titles including the keyword “teach”?

Of course there could be more looking for different languages (French, German, Japanese and so on). But choosing a title is completely free and based on player’s taste and creativity.

I could investigate further in remaining reverse komi games: removing all those with “teach” in the title and looking at the rest.

Considering all you’ve said, I don’t think this is representative of teaching games, unfortunately.

Why did you choose “teach” instead of “teaching game”? I don’t think it would be representative still, but, it would have made more sense no?

Need a language AI to decrypt what is teaching game

I don’t think this is representative of teaching games, unfortunately

Why did you choose “teach”

Just because titles like “Please teach me” or "“will teach new and high kyu” seems actually tied to teaching games.
That brought also some false positives, but I can’t say which are more… big data are full of noise.

I just realised that I forgot to filter out annuled games from that sample!

I didn’t mention resigned games (there’s 7701 of them) since I suppose that a teaching game could legitimately end by resignation.

Back to reverse komi:

In the chart that you quoted there were 70897 games. Only 147 of them have “teach” in their title.
Here is a breackdown of their outcome:

Simply the default setting (which change with your language setting, 2cts guess)

Yes! I just deleted all moves with below average number of clicks from simulation.
move 186: 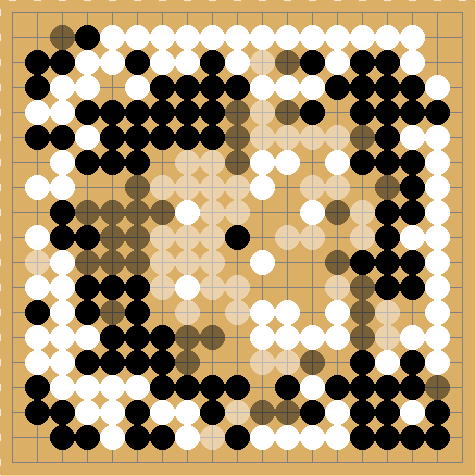 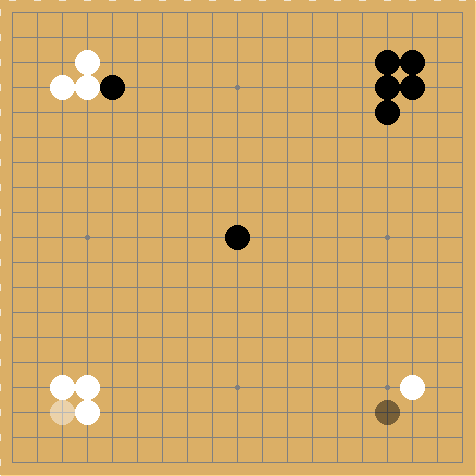 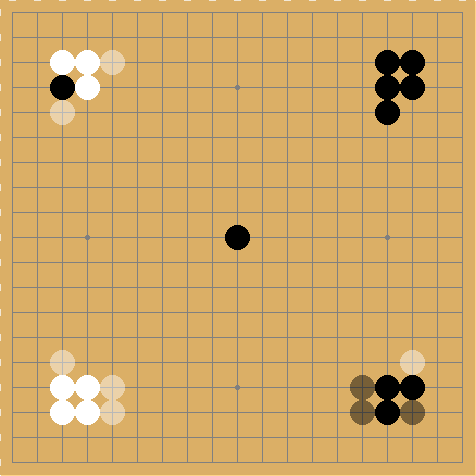 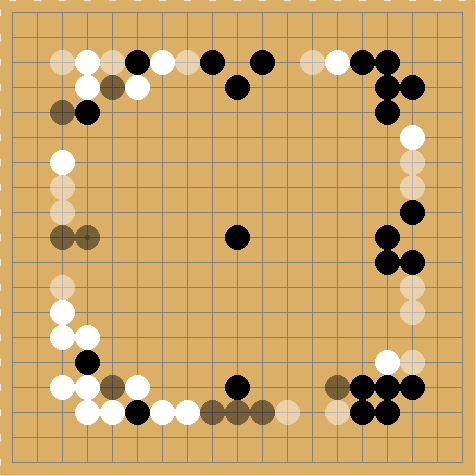 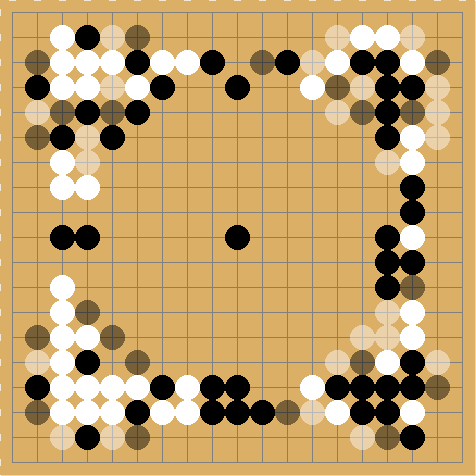 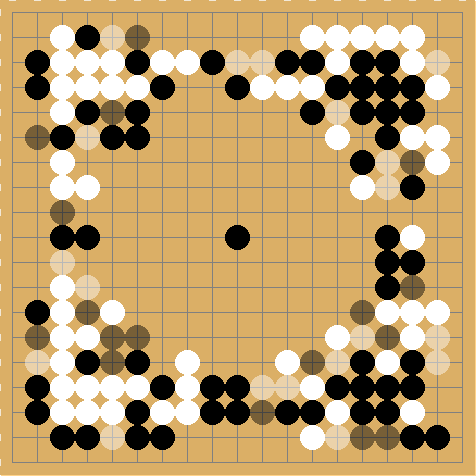 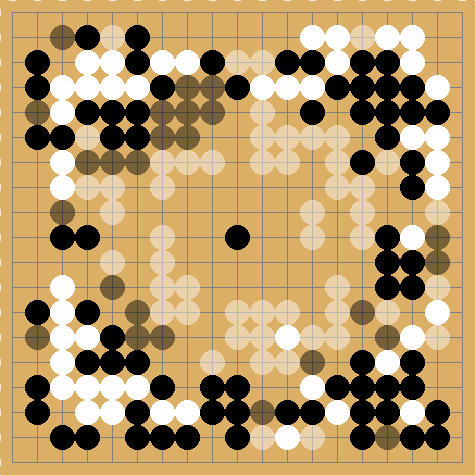 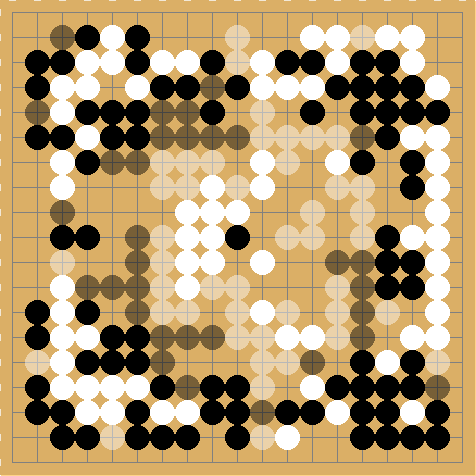 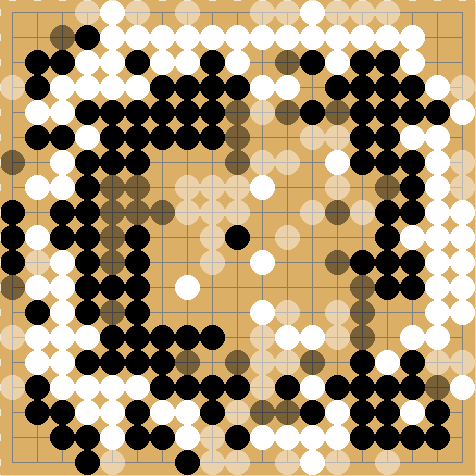 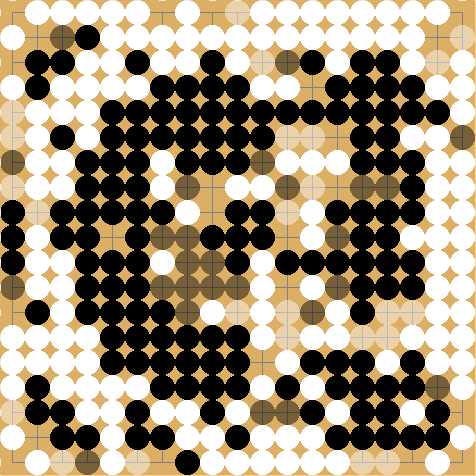 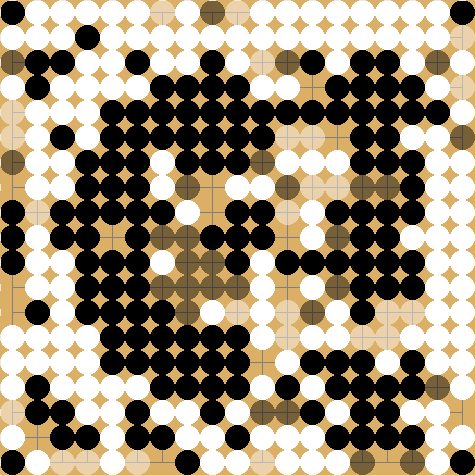 https://forums.online-go.com/t/weak-score-estimator-and-japanese-rules/41041/70
here I showed Simple Score Estimator that works just like this:

it just floods in all 4 directions symmetrically, like this

But, I got new idea:
what if instead of flooding symmetrically, coordinates with the biggest number of clicks from real data will be painted?
each next iteration is from data(averaged by all 8 symmetries) from next move: 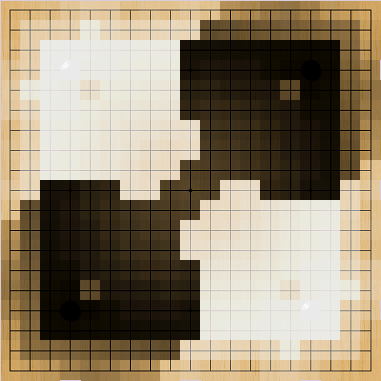 I summed number of clicks of each of 300 moves of both black and white
then averaged by all 8 symmetries
then replaced most popular move with 55, the most unpopular move with 1, …
(there are only 55 really different moves on 19x19 board) 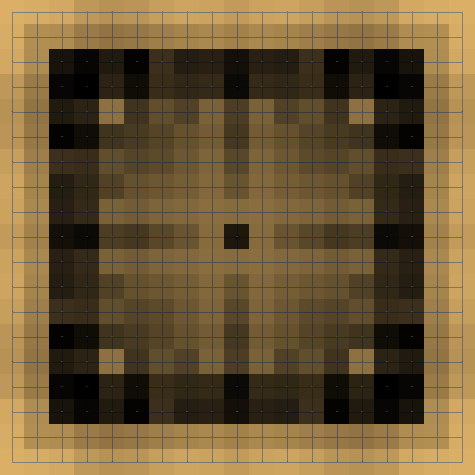 Now, question is: why 5-5 point is so unpopular? Only 1st and 2nd line moves have less clicks. Moves around tengen have more clicks.
This is not center and not side, it is corner, close to most popular point.

difference between moves:
(the least popular marked as 1, point at the right is corner) 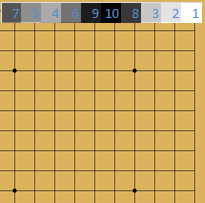 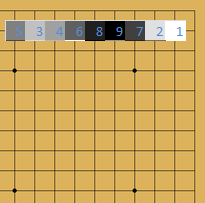 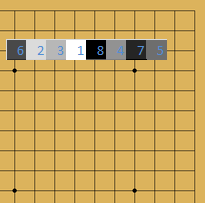 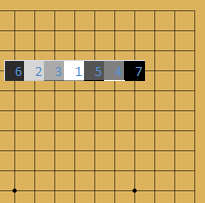 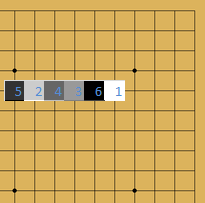 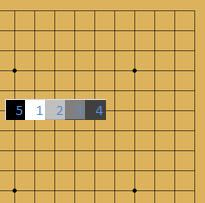 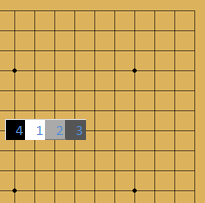 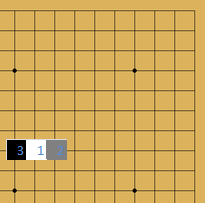 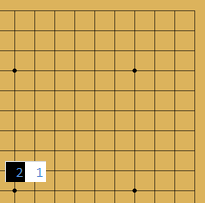 difference between lines:
average of moves inside lines done, so lines are compared
most popular line marked as 10 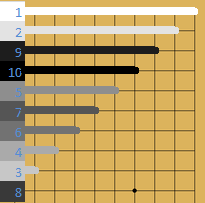 (tengen at the bottom)

I’ve been thinking about game time settings (byo yomi and fischer really) and wondering which is popular and what actual times are typically or often used.
I suppose there will be peaks at the automatch time settings (I suppose I should know what these are…) but I’d like to know what settings are actually popular (or not) compared to the discussed that there have been in the forums from time to time.

I guess this data dump has this kind of info but I also suppose it’s not completely straightforward to pull out and present things in a meaningful way with all the various combinations of main time periods, increments etc. Even just looking at Fischer and byo-yomi might be too much but I figured there’s no harm in asking!

Indeed the data is easy to extract, the question is just how you want it presented

Here is an example of what info is stored and how:

I’ll take a look at it in a day or two unless someone beats me to it (re-downloading the torrent now because I switched computers since I analysed this data last time).

That’s amazing!
I was thinking about what the most popular time settings are and if there is a clear favourite or maybe a couple of front runners for each time setting. And if the favourites for byo-yomi and fischer were equivalent in terms of game duration/pacing.

So I suppose something that shows the distributions of main time and increment/period duration for each of blitz, live and correspondence and each of byo-yomi and fischer. Initially I feel the number of periods of byo-yomi could be ignored, which might cause issues but I suppose it will generally be 3 or 5 and maybe that’s something to explore later.

So does it make sense to have a series of graphs with time across the bottom against number of occurrences of that time on the Y axis?

I suppose there will be peaks for each automatch timing, plus others for say ladder games and site tournaments or particularly popular tournaments. But does anything else rise above background noise?

I guess games which finished by cancellation or before a few moves were played should be excluded as I’m only interested in what’s popular and actually played not what’s popular to put out there but which hardly ever really happens in practice (I’m thinking about 1s blitz maybe seeming more popular than it should be otherwise!)

(Separately, what is the actual ratio of blitz/live/correspondence? I always think of OGS as a correspondence server but I guess a lot of live games can be played while only one correspondence one is finished! Or in other words, is Lys’s observation that 25m/27m games lasted less than 24 an indication of the dominance of live over correspondence or that most correspondence games don’t get going properly?)

I always think of OGS as a correspondence server

I shared something about that before:

As a correspondence player I feel quite diminished.

I’m happy that Anton showed this:

I didn’t recall that bit.
Unfortunately I discarded it together with the rest of that section.
I wonder if I could extract that piece and merge it back into my subset of data.