I realized it’d be much better if I referred to a general concept, instead of specific definition, just to spark ideas rather than invite challenges. The original point was to change perspectives and let foreground be background (some kind of duality - in general English) like this. 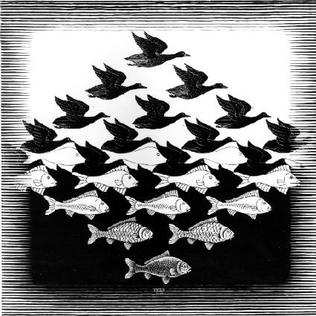 You already have a smart solution by just changing the background picture. Let me extend it and combine the Escher’s idea. Let the lines be wider and wider across the board, the stones will still be on lines (and intersections). But visually they will appear in squares. It’s still the same board, same game, and same rules. 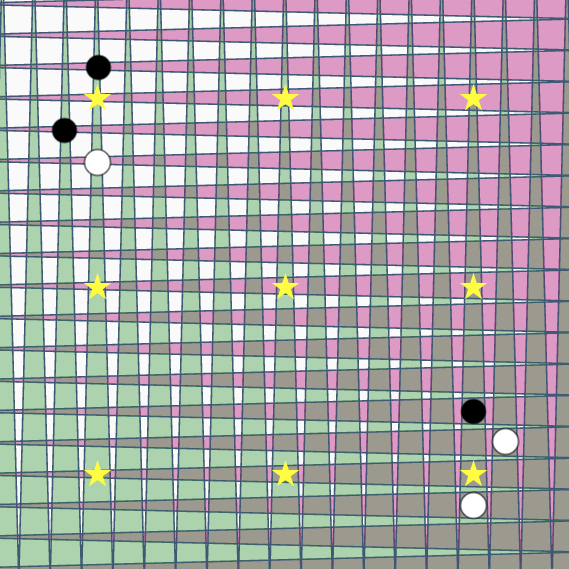 Do you have a version of that for the Board backgrounds library?

I see Maharani made an L19 thread at the same time: Visualize go this way, make it 30 times easier to count • Life In 19x19

That one didn’t get as much interest.

I played a game of this square go 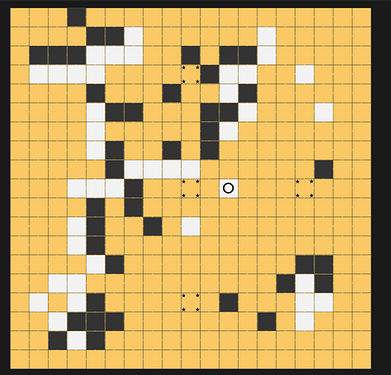 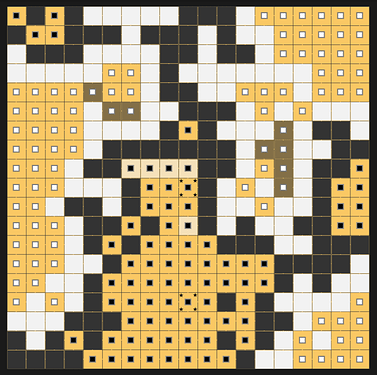 Where is that from? OGS or another server with some visual mods or is it genuinely hosted like that somewhere

I think the reason that the diameter of a go stone is slightly larger than the smaller of the two line distances is to make them hold together a bit. But wouldn’t making a depression centered at each intersection be a more effective way to keep the stones in place? But I have never seen a go board with depressions at the intersections. I wonder why no one has tried this. With slightly smaller diameter stones, it should work very well.

I think that 9p players (and maybe 9d as well) keep a mental count of territories, at least through the end game if not throughout. That way they always know if they are ahead or not and can adjust tactics and maybe even strategy appropriately. Just my speculation,

I think that practice is also common for players (much) weaker than 9p/9d. Even strong kyu players (like 3k EGF or stronger) may do this in serious tournament games with longer time settings.

The main reason of the difference of diameter is to have them look the same size.

Some goban with small holes or cavities were already produced for blind players.

Since you are replying to me, I clarify: I was not talking at all about the difference in diameter between white and black stones, nor was I referring to the advantage of holes or cavities for blind and visually impaired players.

I have never seen a go board with depressions at the intersections. I wonder why no one has tried this.

My answer was informative at least for others who read your post.

It was not informative for me. I am serious about my suggestion to try out a depression at each intersection. While it certainly would not work the same way a magnetic board does, I think it would provide a new level of comfort for all of us who love real boards and stones: much less fiddling with the positions of stones so as to see their relationships more clearly.

To clarify: I am not opposed to assistive technologies for blind and visually impaired people; indeed, I have done a bit of work and am educated in that area.

But my interest in go is here focused on a specific serious proposal. Does anyone agree that playing Go would be easier and more fun with a board that works the way I described?

I can certainly imagine a go board similar to an Abalone board. 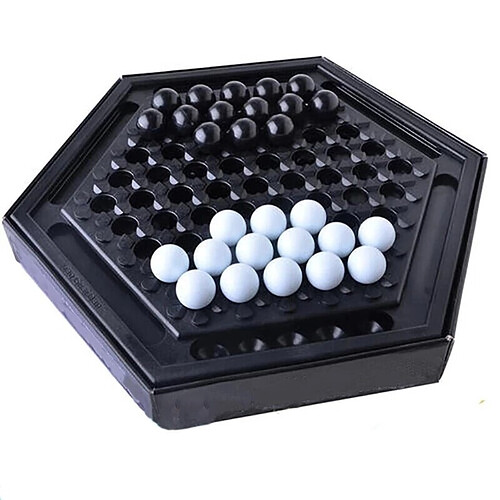 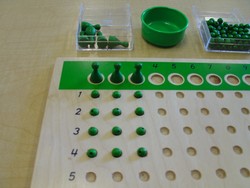 What about the hexagonals? New game: Stigmergy • Life In 19x19

Tumbleweed minus the stacking?

Tumbleweed: this game weirdly reminds me of Go General Chat

Tumbleweed is an abstract strategy game, designed by Polish mathematician and game designer Michał Zapała. Somehow, the rules are totally different than Go (placements are based on “lines of sight”), but somehow, a territorial game with captures emerges from the very simple ruleset. In this game, however, groups don’t always live and die together - so different notions of good/bad shape are used. I have played it now over a hundred times at the iggamecenter and I’m totally hooked. Probably, a st…

Oh says it was based on it

I suppose the more or less free placement of stones (no suicides) does make it have more of a Go feel, although capturing with lines of sight is the non-go part.

I am serious about my suggestion to try out a depression at each intersection.

Interesting … in the early 1980s I had the idea to create a Go board with a copper sheet into which I wanted to punch dents where the intersections are, with black and white marbles as stones … sadly I never got to make it real.