Other: don’t care, it’s a score estimator, it’s not supposed to be accurate.

Well, yes, if we were considering an accurate area score estimator, then those mostly rare situations where Japanese rules behaves very differently in terms of life and death would be a tricky factor to deal with. However, the weak score estimator makes so many more basic mistakes (on straightforward life/death situations that are treated the same under all rule sets) that the more nuanced and uncommon situations would be completely lost in the noise.

In terms of situation 1, I actually think the score estimator should be made even less accurate, so that people learn not to rely on it.

I like the idea of replacing the score estimator with some sort of counting tool, where it’s completely up to the user to judge and mark regions and the tool simply counts.

that people learn not to rely on it.

That’s a confusing way for them, to give a stick of wood instead of a knife. What kind of tool is that? How long before they understand the uselessness? the coexistence of a weak and a strong one makes it even more weird.
I’d prefer @stone_defender suggestion, OGS assuming the choice made by TOS and still offering a light tool to help counting.

Furthermore this painting tool is a bit like a minigame, so it can give motivation to check who has more during the game and that’s a good feature.

I like the idea of replacing the score estimator with some sort of counting tool, where it’s completely up to the user to judge and mark regions and the tool simply counts.

Isn’t that pretty much what it is already?

That’s what I use it for, except instead of me having to draw the initial marks it does it for me.

And if we implemented something that did not do this, the first thing people would ask for is “hey, we need an initial estimate here”.

Well, that’s what we have. You click the button, start from the number it gives you, then mentally adjust for what you see and judge…

It’s probably just the name that is wrong…

it does it for me.

The tool don’t do it for you but still provides help for your eyes and brain by memorisation of quantities and visual check of completude.

A bit of help like this is acceptable to me, not something playing weiqi at my place during the game, even supra weak. Even if I could discard his way, he’s still interfering and may at times point me something that i didn’t consider, right or wrong.

Take a face to face teaching game. I will accept that the learner uses his finger, and i will accept to help to remind him the size of each territory he calculated. But i will let him fix the boundaries by himself if he ask me. Not my job unless there is a teaching involved ofc.

Maybe you’ll be happier if you see that what I’m trying to do is improve the counting part, where it attempts to score the marked territories and captures on the board, not the actual fuzzy estimation process. Right now OGS does not know how to count, and correct counting would be an important part of any future counting tool.

The key difference is removing the initial estimate, which could provide some degree of automatic assistance in judging the position. In my view, that’s the key difference between having an “estimator” vs a “counting” tool.

Also, with the current system, when the estimator marks living stones incorrectly as dead, how does one correct that?

I don’t think initial estimate should be removed. It should be replaced with auto-paint that has clear simple geometric logic instead of Go logic. That way it would be faster to repaint.

for example, I just did this algorithm in less than 5 minutes: 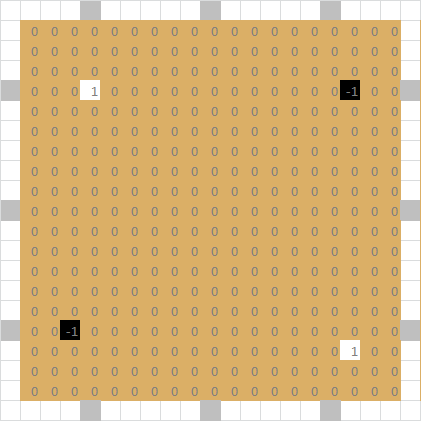 up side of all painted points increased: 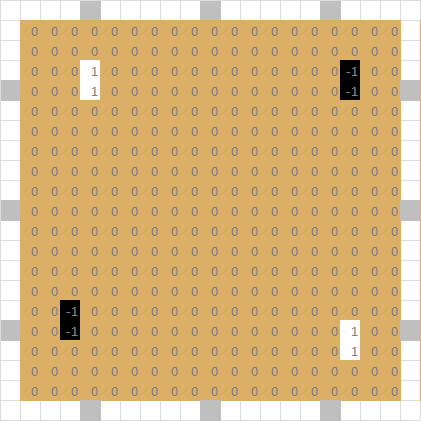 right side of all painted points increased: 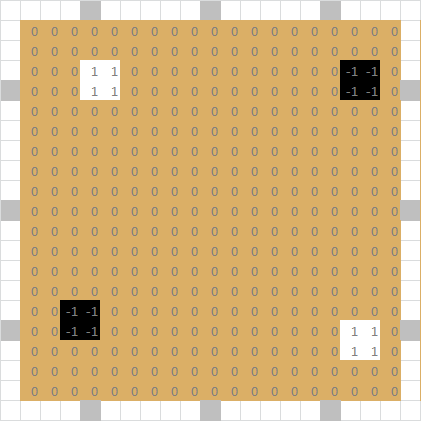 bottom side of all painted points increased: 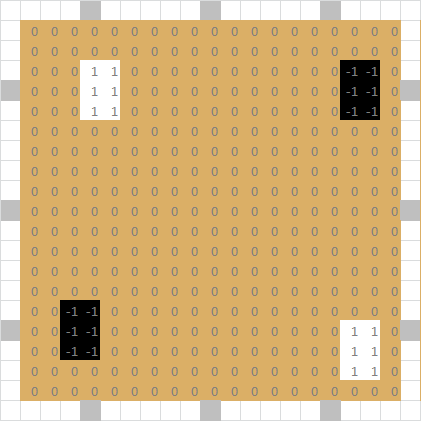 left side of all painted points increased: 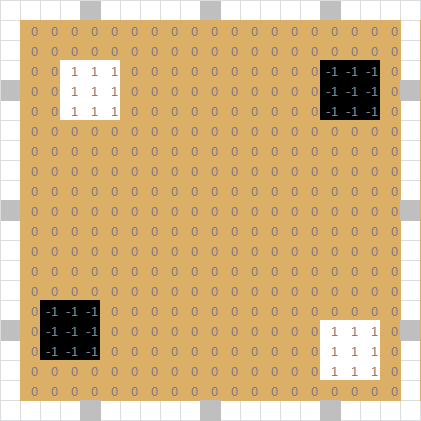 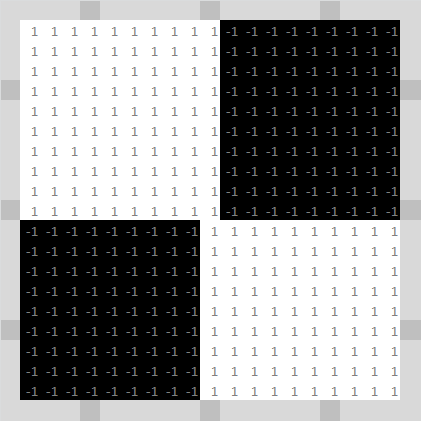 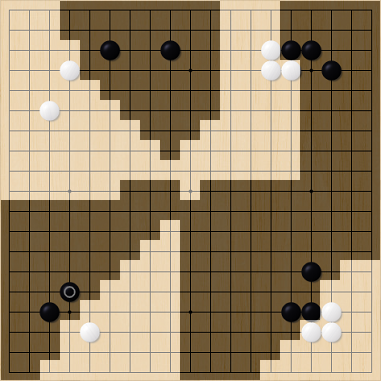 This whole thread is a replay of discussions held when the upgraded autoscore was introduced. At that time, the legitimate complaint was that the SE was too accurate and gave away illegal information (i.e., prohibited outside help). Consequently, the authorities decided to keep the SE more or less in its previous weak form. However, the SE still provides valuable help about the state of the game.

I like @yebellz’s idea to replace it with a counting tool, where the player does the counting and the tool is simply a mechanical aid. This would eliminate the illegal help and retain the value that the SE has for teaching games and for teaching people how to count.

Alternatively, why not have a check box at game creation to allow the SE (not the autoscore) to be disabled in a game, just like disabling the analysis capability?

Is this really a replay? I feel like the discussion at the time was “strong SE” vs “weak SE”

I kind of like this. One other strength that should be mentioned is that it would be way faster than the Monte Carlo simulation that the current SE does!

Also, with the current system, when the estimator marks living stones incorrectly as dead, how does one correct that?

You can play a few boring moves ahead in analysis to more definitively save the group. 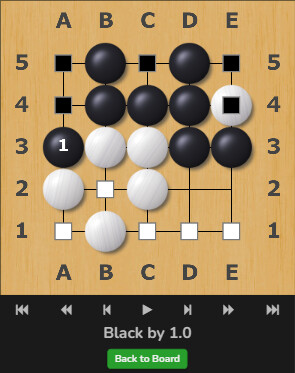 If we just subtract all the “own” stones and dead stones (and add any prisoners - thanks @benjito), we arrive at something that looks like a Japanese score.

This is live on beta now! I’ll accept challenges (but not necessarily play any moves) there if anyone wants to try to break it.

You can play a few boring moves ahead in analysis

this is very slow 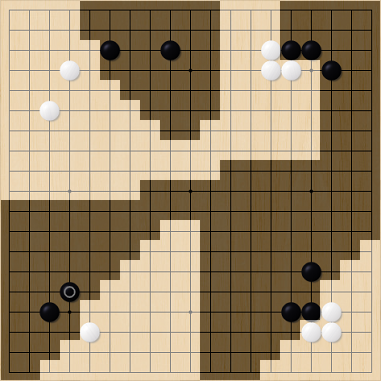 What about using the TM sequence for deciding the direction each iteration goes, instead of rotating? Or each point extends in a random un-claimed direction, if available, each iteration?

in previous version each next iteration looks in previous:

up side of all painted points increased:

right side of all painted points increased:

instead, 1st, 2nd, 3rd and 4th iterations all should look in the 0 iteration
so its more like original position
0 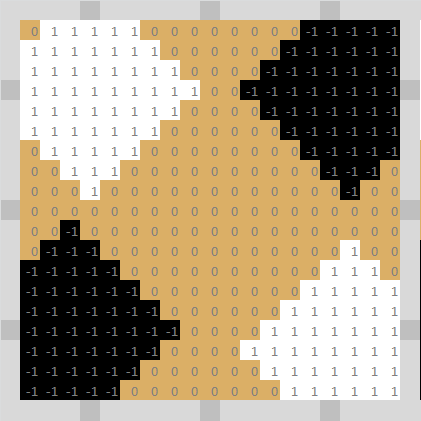 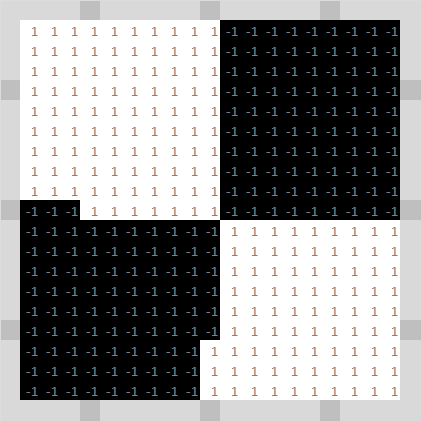 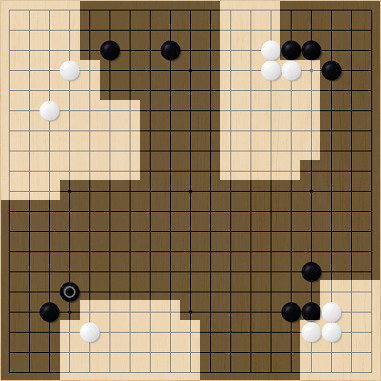 each point extends in a random un-claimed direction

as you can see in image above, with clock sequence, this estimator without Go logic may give too many points for black for example
So, I think better to choose direction that minimizes score difference instead of random
//to do

What does it look like in a mid-game scenario, with some dead-but-not-captured groups?

I’m sorry I don’t understand, what is happening in that gif?

What does it look like in a mid-game scenario, with some dead-but-not-captured groups?

I would hope you still have the option to manually mark stones dead, right?

Does it do early odd move boards okay? Seems like it might give black +40 on a board like the one below. I guess that’s not too much worse than the current estimator, but just curious how bad it will be in the opening. 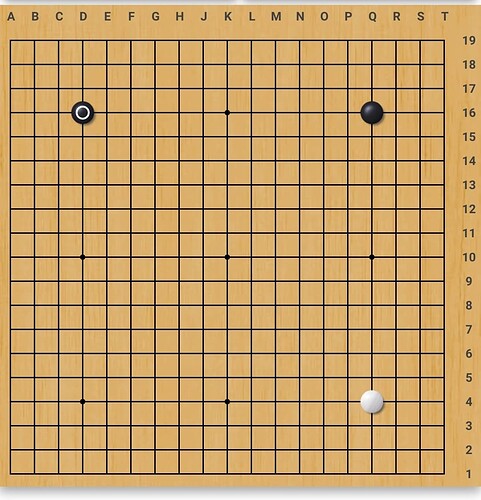 There is certainly quite a difference between using such a tool in an early vs mid-to-late game situations.

I would prefer to avoid even the simple geometric pre-filling suggested by @stone_defender. I think that they might give the wrong impression that the tool is actually working like an AI estimator of some sort, and it might suggest some incorrect reasoning to beginners that won’t realize that they must correct the pre-highlighted parts.

I think the tool should have a tool to select individual points (with click-and-drag drawing a line), and some sort of flood-fill tool to select many points (maybe dealing with either chains or areas). Coupled with that, I think that simply initializing all stones as alive and marking any territory that is exclusively adjacent to only one color would be enough. For mid-to-late game situations, I think this would then only entail marking dead stones, closing border lines, and flood-filling to fix (which could perhaps even be partially automated after the first two steps).