I have finished two detective novels today: Darkest fear, by Harlan Coben, and When Red is Black, by Qiu Xiaolong.

Darkest Fear is a very fast thriller about the search for a bone marrow donor. A 13-year-old kid’s life depends on a bone marrow transplant. Only one compatible donor has been found, but that donor has mysteriously disappeared. On closer investigation, it looks like this donor might have been using a stolen identity. Who is the mysterious donor? Why did he disappear? In a sudden unforeseen development, the investigation about the missing donors mixes with an investigation about a serial killer who might or might not exist. A journalist once wrote a story about a serial killer, claiming to have been contacted by the killer directly. The journalist is then accused of having invented this story, or even to have plagiarised it from a novel. But now it looks like the serial killer might be real after all, and might even be the bone marrow donor.

Like most Harlan Coben books, this one reads very fast. In a way it’s also less serious than some of his other books. There is a lot of irony used in the writing style. It gave me the impression that maybe, Harlan Coben wrote this book faster than his other books, but was aware of resorting to more clichés than usual, and somehow managed to make fun of his own writing in the book itself. The result is surprisingly very good.

When Red is Black is the third novel in the Chief Inspector Chen Cao series. The main character, is a literature graduate, published poet, and detective novel translator, who is assigned as a Chief Inspector of police by the Communist Party. He leads a special unit who only investigates murders with high political impact. Because of this, he is under a lot of pressure and scrutiny by the Party.

The investigations take place in Shanghai in the 1990s. They are mostly a pretext to paint a picture of China in the 90s, in particular the impact of the Cultural Revolution under Mao Zedong and the economic reforms that followed under Deng Xiaoping.

I recently bought a library discard for a buck, The War of 1812 in the Age of Napoleon (University of Oklahoma, 2009) by Jeremy Black, and began reading it last night. Like most Americans, I know comparatively little about that war (having read only two books about it), even though it had huge effects on U.S. politics, economics, and military organization, as well as on the crystallization of Canadian identity. I was especially motivated to buy the book because it provides a European political context that is almost never discussed. So far, the writing is lucid and absorbing.

I have read one chapter, I find it is hard for Lindsey Stirling to write and read sentences because her eyes’ rare disease. She can not focus properly, so she wear the eyeshade to help her eyes. And it makes her looks like a pirate, so the book title “The Only Pirate at the Party” comes. 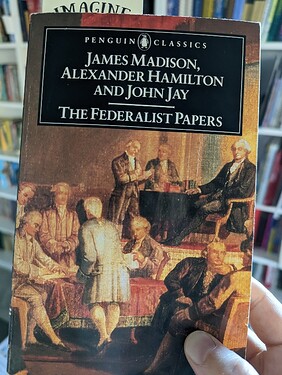 The Federalist Papers has been on my list for years, and finally I’m making some slow progress through it.

I’m hoping to get some appreciation for the design of the US Constitution and also an sense for the style of debate that was popular at that time. It’s interesting to compare it to, say, Twitter threads

Maybe I’ll update this post with notes as I go.

One thing I’ve noticed about the style is how abstract it is: the authors make their claims without any specific evidence, such as actual events or people. For example, when Madison writes in #10 that democracies have historically been “incompatible with personal security or the rights of property” he does not list a single example. Not knowing much about history, I wonder what he is thinking of here. 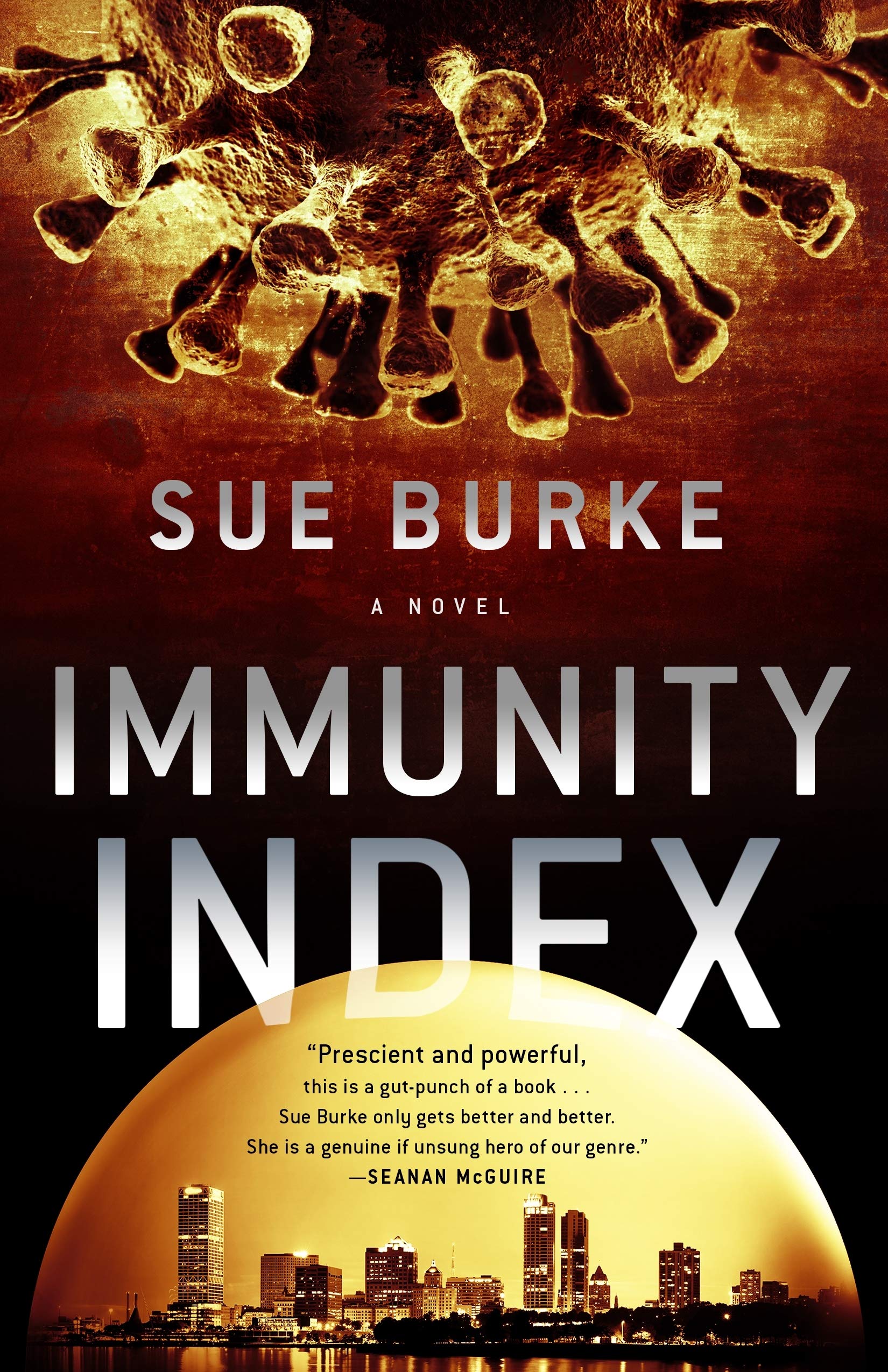 (note that she wrote this before SARS-CoV2 turned up!)

I will be interested to hear your further thoughts on The Federalist Papers. I began to read it about 10 years ago (it was my reading-while-waiting book), but got distracted about half way through and never finished. Have wanted to get back to it ever since. Some books are like that for me, for unknown reasons. I started Conrad’s excellent Under Western Eyes five times over several years before I finished it.

In the passage you cite, Madison is not really asserting something that needs evidence. He is reminding educated people of something they already know. The educated people of the past, in my opinion, were in general much better educated than most of us are today (I include myself in that criticism). Most of them had learned Greek and Latin and had read many ancient classics, so they knew that the Athenian legislature had ordered Socrates to commit suicide and that a popular vote of exile was a common feature of their democracy. Similarly, the Roman Senate could condemn a man and seize his property. Much later, popular opinion, in or out of nascent democracies, contributed to the witch mania (which had a substantial component of property theft) and could snowball into the factionalism of civil war.

but got distracted about half way through and never finished. Have wanted to get back to it ever since. Some books are like that for me, for unknown reasons.