Please try to understand this is a societal norm, and it is amplified by skewed science.

For example, when a mother tiger saves her young from a lion, there’s an article that will say “mother’s instinct stronger than everything” and then below that “female tigers avoid confrontation”.

So, is a female tiger capable of confrontation or not? See how much condescending societal norm is in there? 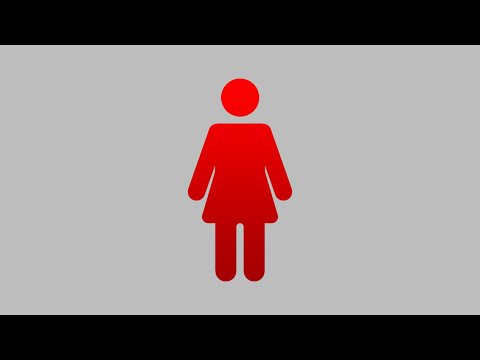 They seem basic, but let’s start with basic.
Special mention to the automatic “no it doesn’t happen” reaction and to the “your mother everywhere” example.

Just a few points of clarification:

The part about aggressivity: little boys play wargames more often than little girls. So I think the reason is more general than just about the game of go.

True, boys would never get the “divorce Barbie” as a Christmas gift at 4.

is it just about individual inclinations

Individual inclinations are strongly, very strongly dictated by society. If a girl is hammered down every single day that “girls are not good at math”, she’ll internalize it at some point, because how much can she fight back.

In my opinion and experience, it is a problem we must try to solve.

I challenge anyone to check pro games, or our resident OGS strong player games, and find “female” and “male” moves, without knowing who’s playing. Personal style is personal style, and it’s a strategic choice.

Anyway I am not the most qualified to talk about the subject, maybe female go players are in a better position to give their thoughts so I won’t continue arguing.

Conditioning. Girls are discouraged every moment to play wargames. Boys are encouraged - even if they don’t feel like it.

I always find it funny the reactions I get when I mention that period hormone is testosterone (simplified version), so our presumed “period hysterics” are women coming hormonally closer to what men are normally.

Another example: we were having a discussion here about irl tournaments, and how some guys were couch hopping to stranger familiar go players to attend tournaments away. How possible would it be for a girl to do that? Doesn’t that lead to fewer women attending tournaments?

If we’re having a discussion and my argument is better and you slap me, you win the confrontation. Society takes it to mean that you win the argument. And there start many problems.

Just because something’s good faith doesn’t mean it’s okay… sexism is sexism even if the offender didn’t mean to offend.

Something is correct or not correct. Just because something can offend someone doesn’t mean its incorrect (or correct).

My estimates so far:

I actually understand your opinions, so I won’t go into them, just the default mindset that bothers me, and its accumulated effect.

Let me share some experience. I’ve participated in all kinds of tournaments, including all women tournaments. And as a kid in those “normal” ranking tournaments (you have to win the most games in the bracket to rank up), it is very common to even just hear my opponents to say it’s ok to lose because I am a girl (and when I won they would argue they were just being nice). And at one time, one of my opponent said before the game, that it is my responsibility to clean the board because girls like to clean. Even in scoring, I would be asked by the judges to count, instead of my opponents because they think girls are more meticulous. And I can definitely say it is not because I am good at counting, because in all woman tournaments there is no preference.

And in my opinion, I don’t think hormones have anything to do with the phenomena of woman in the minority now, since most players eventually become strong dan players all started as kids before puberty (even reaching pros before puberty). It’s most certainly societal and cultural.

It would be interesting to study the age brackets.

It’s funny when I’m calling someone a misogynist they are #notallmen and offended, but when someone says I’m naturally inclined to protect the nest and clean the house it’s a scientifically proven fact and thus I shouldn’t be offended.

Men get defensive as a default usually when this issue comes up “I don’t do that”, “things improve tho”, “well some is science”.

No way they’ll just say “well, if they’re saying so, maybe it is so, and it’s not productive for me to question every little part of their experience and eventually always, always shift the discussion to women proving they are not overreacting/ imagining things/ being too sensitive”.

Every single time the issue comes up, we are always requested to take a huge detour to first prove that sexism exists.

I mean, guys, which of the previous 1.000 times a woman tried to explain to you was not convincing enough? Why do you demand that we go through step 1 each and every time?

And of course someone will come to make the debate “controversial” under the guise of “discussion” but really just to flaunt input that nobody asked for in 3, 2, 1…

And in some countries, kids in general “shouldn’t spend time on nerdy stuff” …

Third, have you ever read a sports’ newspaper?

Funny enough, of ALL people, Jeremy Clarkson pointed that out for F1 drivers, in his usual “genious” manner: 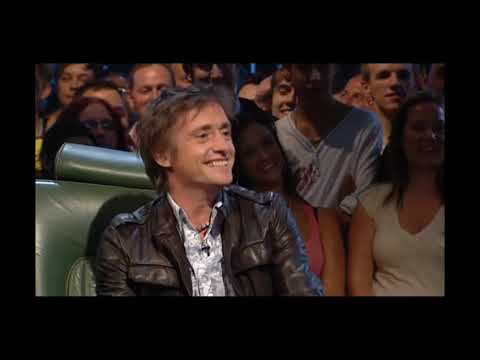 It is an undeniable point.
Look at volleyball or track and field. According to “the rules” men are wearing actual shorts and the women are wearing bikinis. ooooook.

but please consider we are so tired of our objections being shut down.

How would you think of it? Racism?

Tradition and know-how.
For example, people from Kalymnos island “generally study harder and practice more” to become scuba divers.
Last famous diver from my island was Skyllias … 2500 years ago.

They have the tradition and the know-how. We don’t. Nothing more to it.on that part at least.
Particular countries having more Go players is just tradition and know-how.
The society there cares about it, the society here does not.

So, is a female tiger capable of confrontation or not?

It sure is … later in the day it probably killed some other animal.
It just wouldn’t confront a lion.
I do not think that any of the modern “macho” “hunters” would confront a lion either without their rifles and the safe distance those provide.
And they wouldn’t bother checking for the lion’s sex while trying to run away screaming in terror, I might add

however I feel that avoiding to talk about certain subjects is not a solution.

In your opinion, what is this due to?

Ok, let’s step into the minefield.
People tend to understand things from their own perspective, so since I am not a woman, let me pose the same question for my perspective which is that I have always been slightly overweight and very geeky.

As you all may have noticed there are not many overweight people playing sports and there are definitely not many geeks in the nightclubs.

Unlike most people that are not fit, I like sports and even at my age I still go and play/train for basketball, every day that the sun is shining.
Society scoffs at an old fat dude still playing basketball.
Are they laughing at me? Yes.
Do I care? Nope.

On the other hand, I’ve never have had any kind of fun in a nightclub, so I never go there. Society does not expect me to be there either, but I do not like it anyway. Had I liked doing that I would have done it, laughable as it would have been. I do not enjoy it, so I do not do it.

So, my point is, before taking into consideration anything else about a group, the question that needs to be answered by the group itself is: Do they want to be there?

Once that is answered and there are indeed enough people that want to do some activity and participate, then you can locate the issues and problems posed for the participation in that activity (each activity/profession has its own measures - e.g. I might have wanted to be a fighter plane pilot but I am too tall and heavy, so I am out. If you want sports, there ain’t no 160cm goalkeeper and so forth).

Trying to find the problems first and THEN find the people, is imho the most usual reason why such campaings do not have the expected results.

Yeah… No. Putting the weight on us again, to prove that we want to be there, so then we can get to discuss sexism.

We want to be there.
Sexism and misogyny are the issue.
Start from there and get over step 1, for once

P. S. You don’t go to the club/ basketball court expecting to be harassed. The expectation of harassment as a barrier to entry is part of our life. So the comparison has 0% value. It’s not about you.

And of course someone will come to make the debate “controversial” under the guise of “discussion” but really just to flaunt input that nobody asked for in 3, 2, 1

I am a simple person, I dare not try to answer the question why. As an individual I try to contribute to the community in a way that hopefully makes it welcoming for various kinds of people. Not sure if I’m doing a good job, but the intention exists. I like to think that if everybody makes an effort in the right direction, we can gradually make a change for the better

We want to be there.

I do not know that. I am having trouble finding people to play ANY board game.

Sexism and misogyny are the issue.
Start from there and get over step 1, for once

In some activities where women want to be there and they cannot, there sexism IS “step 1”
In other activities, like Go, where we struggle to find players of ANY sex or orientation, there “willingness to participate” IS “step 1”

And since we are talking about Go, well, there we have it.

Once we actually HAVE a “Greek Go Association” in our country, we could talk about the sexism.
Since we lack even THAT, I really wonder where exactly is the disagreement to my point.

P. S. You don’t go to the club/ basketball court expecting to be harassed.

Yes, I did.
I could explain it, but I’ve been there before. I know it won’t count.
Fat nerds have no problems after all

It’s not about you.

Obviously NOT. What part of “People tend to understand things from their own perspective” was not clear.

If I wrote it from another perspective I’d get the “you are not a woman, you do not know” and indeed that would have been correct.
If I write it from my perspective what is the problem now? That someone asks my opinion/perspective, I give it and I get “we do not want your opinion”

You will never understand that a wall of text back and forth is not always the desired outcome. Sadly.