I would appreciate a review of my game. FWF_Jerycho vs. The.rockgod

My rank is at 8kyu at the moment, but I believe my rank should be more close to 10kyu. I would like to know what to do when my opponent presses me to the outside and controls the entire center of the board, such as this game.

Thank you for your help!

The first remark is that at this point you have a weak group: 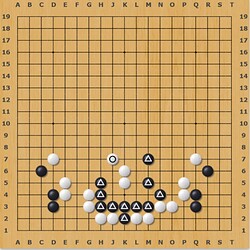 So playing elsewhere is a bit dangerous. Not impossible but you have to be aware that your opponent will have possibilities to attack later and this may be painful.

The second remark is that if you are afraid that your opponent controls the center, then don’t let him control the center… For instance play here 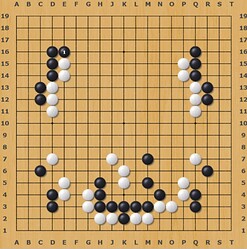 White still makes territory in the center of course, but Black has a big corner.
The game may however still be difficult because of your weak group at the bottom.

If at some point you need to live in the center, then 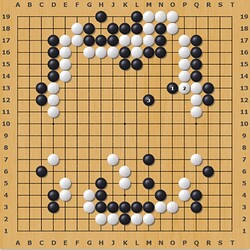 The stone 1 doesn’t need to be saved, it’s just a helping stone for any future fight. Try to make eyeshape, and ideally connect to the other group.

Finally move 189 was the losing move. You could have played here, and then A or B makes a second eye. 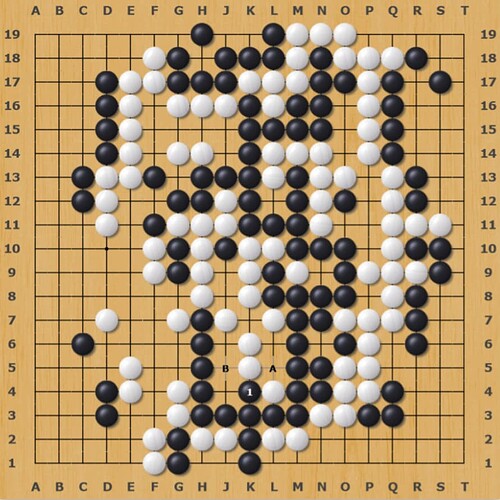 I can see someone ran an ai review on the game also.

If you’re interested I’ve been hoping to make a thread to try to outline different ways one can use the ai reviews to find one or two things to take away from each game. I could leave some ideas there instead.

Ai reviews for kyus (things the AI taught me) Teaching

I was thinking having a thread which tried to help people, in particular kyu players (TPK, DDK, SDK) to learn something from the AI, and ways to use AI, could be useful. It might be often said that the AI reviews aren’t suitable for players unless they’re above a certain strength, or that the AI reads too deeply and so we can’t hope to understand its suggestions. However I think we can successfully challenge this, and learn one thing at time, even just one or two things per game. Initially I’…

Aside from that I think @jlt covered some key points.

I would like to know what to do when my opponent presses me to the outside and controls the entire center of the board, such as this game.

Regarding this specifically if they want to press to get a wall in the centre, one option is to just be happy and make points on the side and in the corners

If you can imagine any of these continuations for the corners and look at the relative sizes of them. 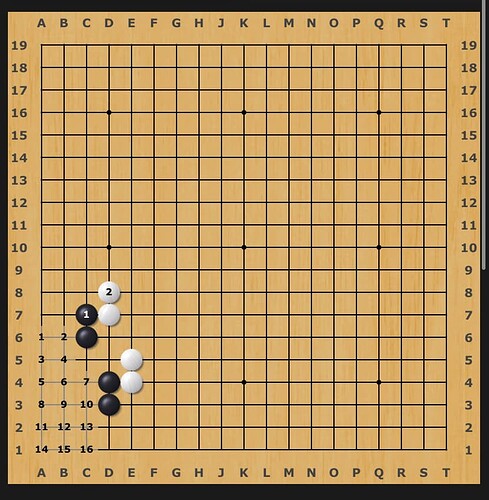 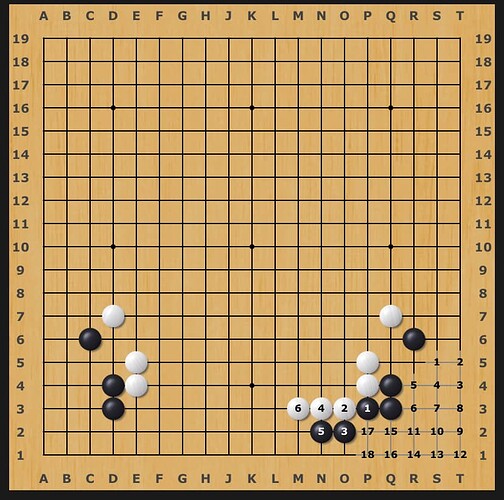 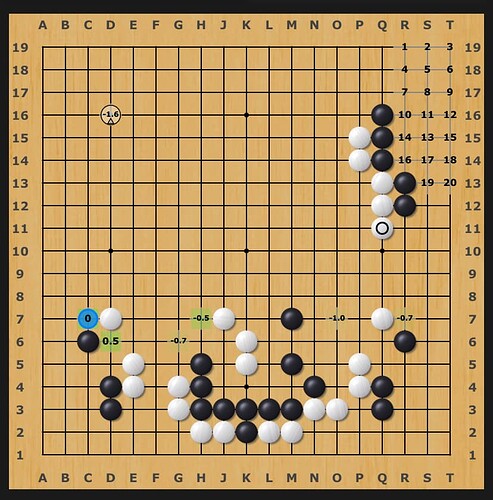 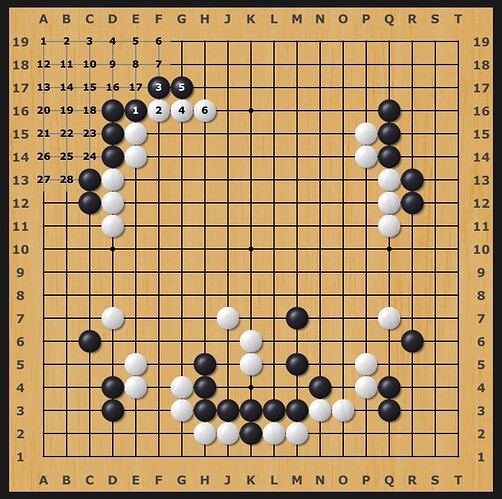 Imagine if your opponent gave you all four of those together you get get probably 80 points. 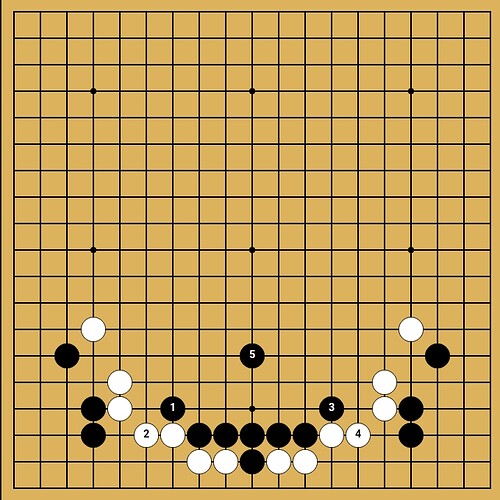 If you compare this variation with the game, you can see how shy and restrained you played instead. There is no difficulty here by the reading. Just open your wings.