I decided to play mirror go.

The main principle is simple: Black will get to break the mirror by playing tengen at some point. However, playing with Japanese rules, I have 6.5 komi; so as long as Black’s tengen is worth 6 points or less, I can win the game.

If the situation ever threatens to become such that tengen is worth more than 6 points, then I should break the mirror myself. 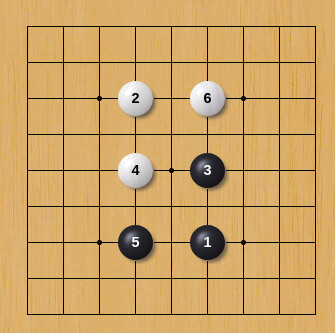 So far so good. The tengen does not seem like a particularly good move in this position. If Black plays tengen at this point, then I will play a normal move in response, breaking the mirror and winning the game. 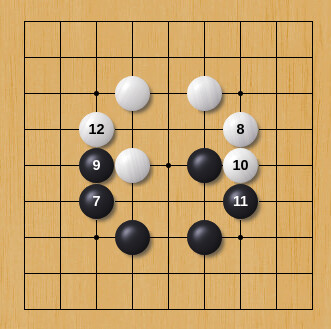 I love it when a plan comes together, Hannibal Smith would say. 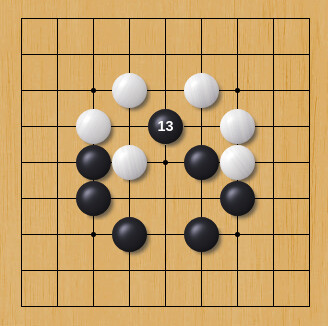 Trouble begins. I can obviously not play the symmetric move, otherwise Black would just capture my stones and take a lead of more than 6 points. 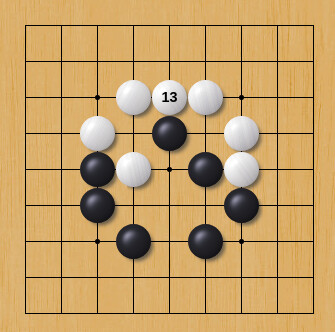 But everything is fine. Black cannot cut directly, because of the damezumari. 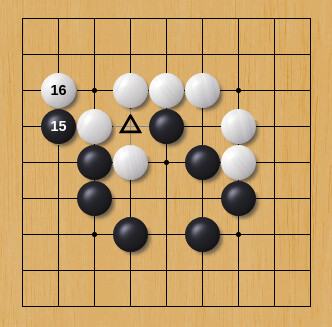 Oh, no! Black can exploit White’s lack of liberties to cut. Now when Black will cut at the marked spot, White has to answer the atari, and Black will have time to safely solve her own damezumari problem.

But do not worry. This is all part of the plan. 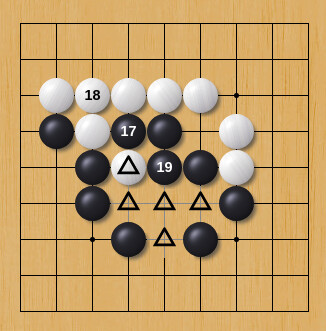 Black has finally played tengen. Black is obviously ahead on the board now. But how much ahead exactly? The situation is almost symmetric, but Black has 5 extra points of territory in the center, and 1 extra prisoner in the center. Total: Black is ahead by 6 points on the board.

This is exactly what was planned from the very beginning of the game: Black has finally played tengen, and only got 6 points out of it. White is now ahead by half a point after komi, and White has the initiative. I can safely win the game by half a point. 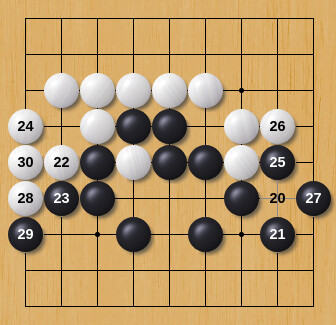 Continuing: I play simple endgame moves, in complete symmetry. Thanks to this symmetry, I can easily guarantee that I will keep my half-a-point lead until the end of the game. 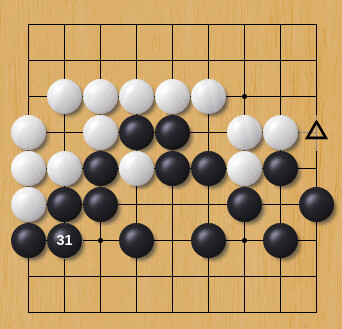 Instead of playing the symmetric endgame sequence at the marked spot, Black ends the sequence in gote at 31. This means that White will be able to play at the marked spot first. This earns White an additional 2 points, compared to what would have happened if Black had kept the symmetry by mirroring the endgame moves. This means that I will win the game by 2.5 points instead of just 0.5. 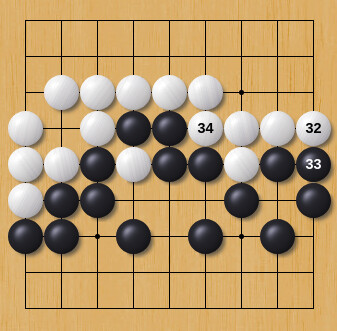 White plays the last remaining endgame moves. Since the game is played with Japanese rules, the dame move at 34 is not necessary; but it doesn’t hurt to play it, and it connects all the White stones very safely.

Now the server can compute and announce the final score… 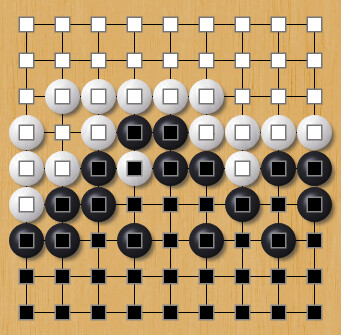 After double-checking, here is what happened: Black’s ELO rating was lower than mine, so the server automatically compensated by setting the komi to 0.5 instead of 6.5. This was a “sen” game, not an even game. With only 0.5 komi, mirror go was never a viable strategy in the first place.

The moral of this story is that we should always know the rules of the game we’re playing!