Here’s a fun position I discovered today when playing with a game variation for 8x8.

White has just captured the final endgame ko. Black is entirely out of threats, except for the local move at A. White currently also has no threats. If both players play the best moves from here…

For reference if you want to score, komi is 9, which is the fair value for 8x8 under Japanese rules, and if you count stones on the board you will find that white has net captured 3 more black stones than black has captured white stones. 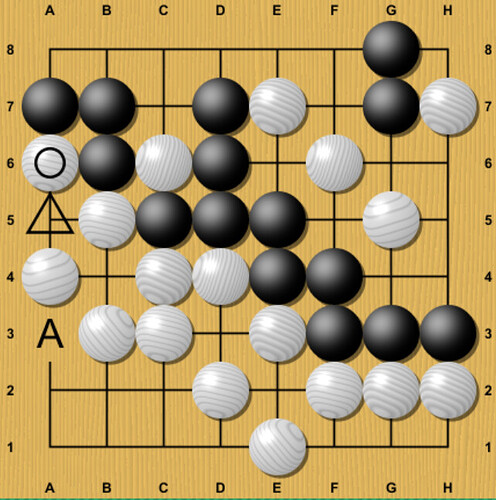 There is actually a learnable lesson from this puzzle. Occasionally, your opponent may play a local “ko threat” that isn’t actually a threat. Black A in this puzzle is an example of such a move. It doesn’t threaten anything or have any immediate followup for black, or directly help black themselves win the ko. It solely stops white from winning the ko until responding to it (and also increases the temperature of the ko by making it a bit more costly for white to lose). Basically it makes it into an approach ko for white.

So white has a free moment to generate ko threats. If white can generate sufficient threats in one move, then instead of fighting a direct ko where white has no threats left, white will be fighting an approach ko where they do have many threats left, and the latter can be better! 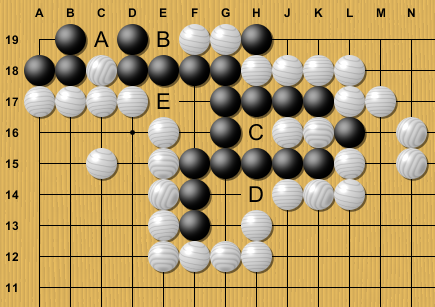 Black in this position has no ko threats at all. However, if black plays A, even though this move is dead in gote, now black has 4 big threats B-E. If black was fighting a critical approach ko or preparing for a thousand year ko, A might be a good move, and correspondingly if there is an ongoing approach ko or a thousand year ko on the board, it might be good for white to play A themselves to stop black from generating these threats.

In the original puzzle for this thread, it works for white in Chinese rules because dead in gote moves don’t have a cost, if it is the very last thing on the board.

Under Japanese rules it doesn’t work, because the ko is tiny. White is hoping to do only 1 point better than normal. A dead in gote move to generate threats is always going to cost at least 1 point, so it doesn’t help.

But even in Japanese rules, if you are fighting an approach ko or a thousand year ko worth more than one point, then dead in gote moves to generate threats can become good.

Or, you maybe you can find moves that generate threats that don’t cost any points at all. Here’s a contrived example where white can do so with a dame move, losing nothing, while generating 3 new ko threats. 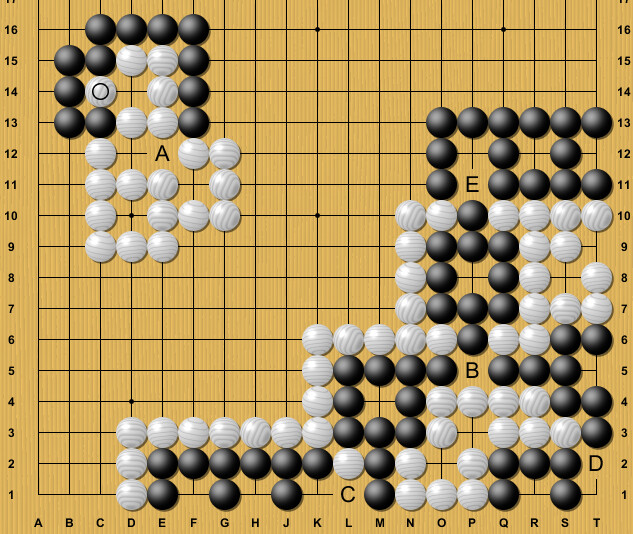 Under Japanese rules, at the moment black plays the “local-threat-that-isn’t-a-threat” move of A to win the final win half-point (1/3-point) ko fight, depending on the board white may be able to win the game by playing the dame move of B, which threatens nothing in gote, but creates 3 new threats at C, D, E.

I made a video talking through some of the variations 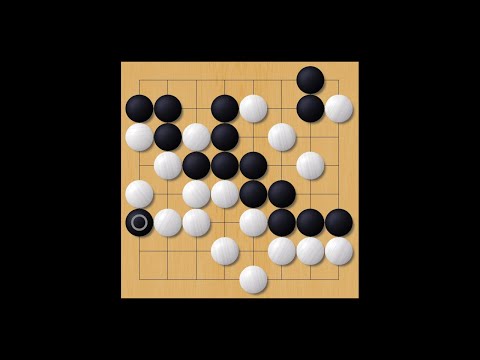 It includes some extra variations that I missed in my first post above (what happens if black doesn’t immediately recapture the ko after white sets up ko threats?).