A very simple game - what happened?

“This bot is intended to play human-like games at any kyu rank, running on minimal hardware.”

Black resigned after about 50 moves. There was little fighting, except black cut my wall at one point, and I captured in a ladder, which was played out. Black had a big corner, a big side, and I had a lot of central territory ( and the ladder of captured stones ). The graph shows me ahead by 50 points when the bot resigned.

Why did black cut? Isn’t a ladder easy to calculate for a computer? 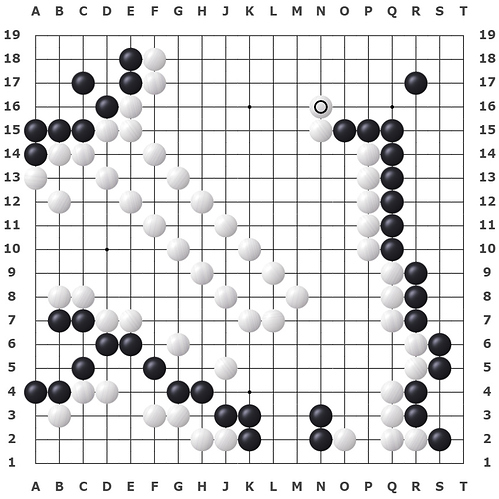 Most modern day AI have no trouble reading ladders, but many of the sligtly older / weaker ones need to read deep enough to discover the outcome of a ladder. However, letting AI read deeply also means they become very strong.

Therefore weaker bots that are limited to play at a certain level, such as Spectral-10k, have a severe problem with ladders.

Some of the smart ones, like LeelaZero and KataGo, have a lot less problems with ladders, even if they don’t read very deeply. However, it’s tough to get these bots to play at 10k level, since even a couple of playouts puts them at dan level. For example, DarkGo is a bot that doesn’t read, it plays purely based on the board position it sees (and doesn’t try out moves), yet it’s a 4d.

DarkGo is a bot that doesn’t read , it plays purely based on the board position it sees (and doesn’t try out moves), yet it’s a 4d.

Dan without reading? There’s hope for me yet!

“ KataGo includes a few game-specific higher-level features in the input to its neural net, similar to those in earlier work [4, 3, 12]. These features are liberties, komi parity, pass-alive regions, and features indicating ladders (a particular kind of capture tactic)”

I think the original AlphaGo had something like that too right? Whereas the Zero bots, AlphaZero and LeelaZero just relied on doing high numbers of play outs and their nets to figure out of a move was good or not (more or less having to read out the the ladder?)

I’d be curious which bots would evaluate the Lee Sedol ladder game correctly, and how early. Does anyone know if someone has made a video reviewing that game and showing the analysis of a modern AI as they’re doing it? 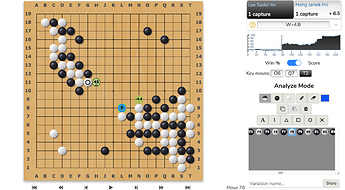 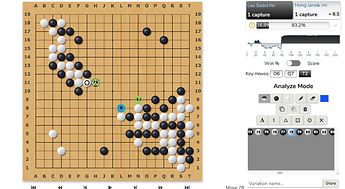 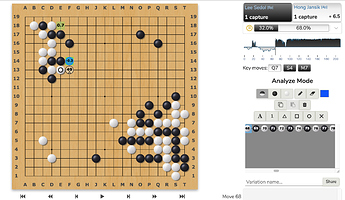 It looks like Leela ‘sees’ it earlier but it’s clearly not as confident (at my playouts level) while Katago notices it and is then certain Black is ahead.

It’s clearly a surprise (at this playout level) to both engines at some point with a winrate jump of 49% points and 75% points.

That is awesome. Could you label which pictures correspond to which engines? It’s probably there somewhere, but I wasn’t sure.

I feel like I meant to do that but forgot

Updated and (thanks go4go also) 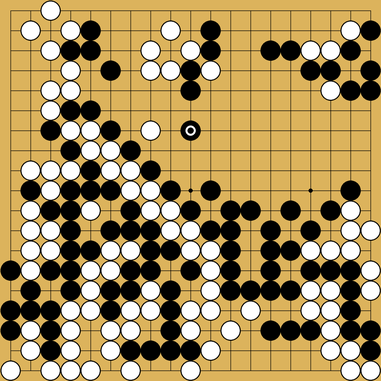