How can this be, only some minutes between 2 games. 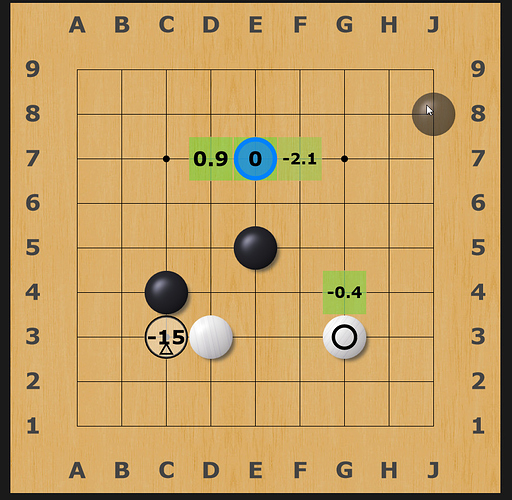 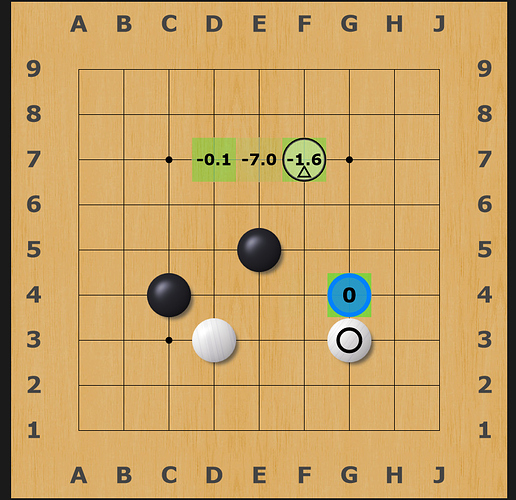 can the 2 uploaded position screenshots been seen? I dont see it in my browser

There’s some randomness in the AI, so it gives slightly different output each time. There’s even randomness in symmetrical positions. This is from a recent game I played: 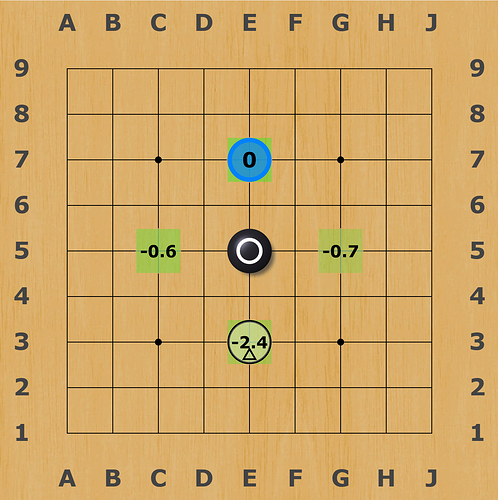 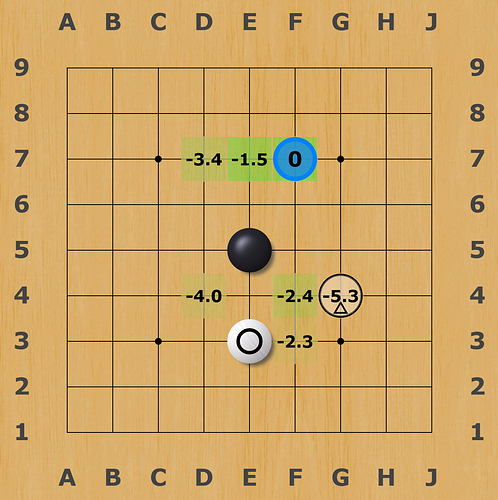 Because of this, it’s important not to rely too heavily on the numbers. I find that anything within about 10 percentage points of the “best” move is also perfectly fine.

The same phenomenon occurs when you use the score estimator several times in an identical situation. The “scores” can vary a lot; sometimes as much as 10 points or more. It is a score ESTIMATION, not a SCORE estimation. And even after both players passed, you sometimes have to mark the dead stones yourself. Like Mark5000 says; don’t rely too heavily on the numbers.

For the player move OGS uses the difference to the next move’s WR instead of this move’s AI prediction.

thanx for the answers. i am aware of slight differences between identical positions and moves. normally they differ 1 - 3 percent . i was just curios because some games ago i had a completely senseless variation in a game (i checked it with leela after the game) and thought there might have been some changes to the online engine. i realize more and more that the online engine seems to be relatively senseless…

position score estimation is imho not relied to the onlineengine that analyses the game … so this is not comparable… ?! two pairs of shoes

Is that why in marks first image because he played E3, it’s saying that theirs no difference if he played e7 instead? Or no wait you’re just saying the player move (black circle) uses a different winrate estimation than the rest on the board at that time?

I’m not sure I understand it but it sounds very confusing.

There is something very jarring about a 10% swing in move evaluation given the same position. I know it’s only 7% in the op’s images (E7) if it’s a percent or two I would understand.