AI BUG: many intersections with colors but no numbers

I think this is obvious. 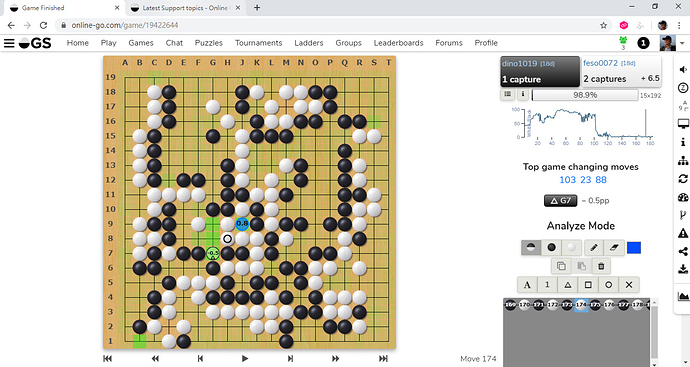 It will be better in some days. I already committed an improved version.

Btw not every green square need to have a number. The numbers are only visible for variations which the AI explored with at least 50 visits (26 for basic supporter).

This is how it will look in the future: 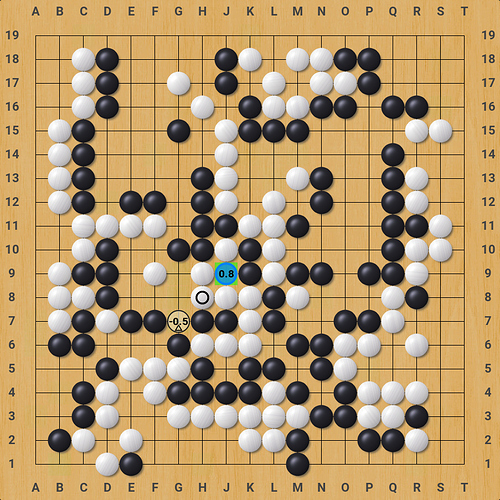 That is largely intentional (I think). Players (me included) found it confusing to have a whole board filled with numbers.

The color marked intersections are those leela (usually briefly) considered - and you can reveal a discovered variation by clicking them - but were eventually discovered as not good enough.